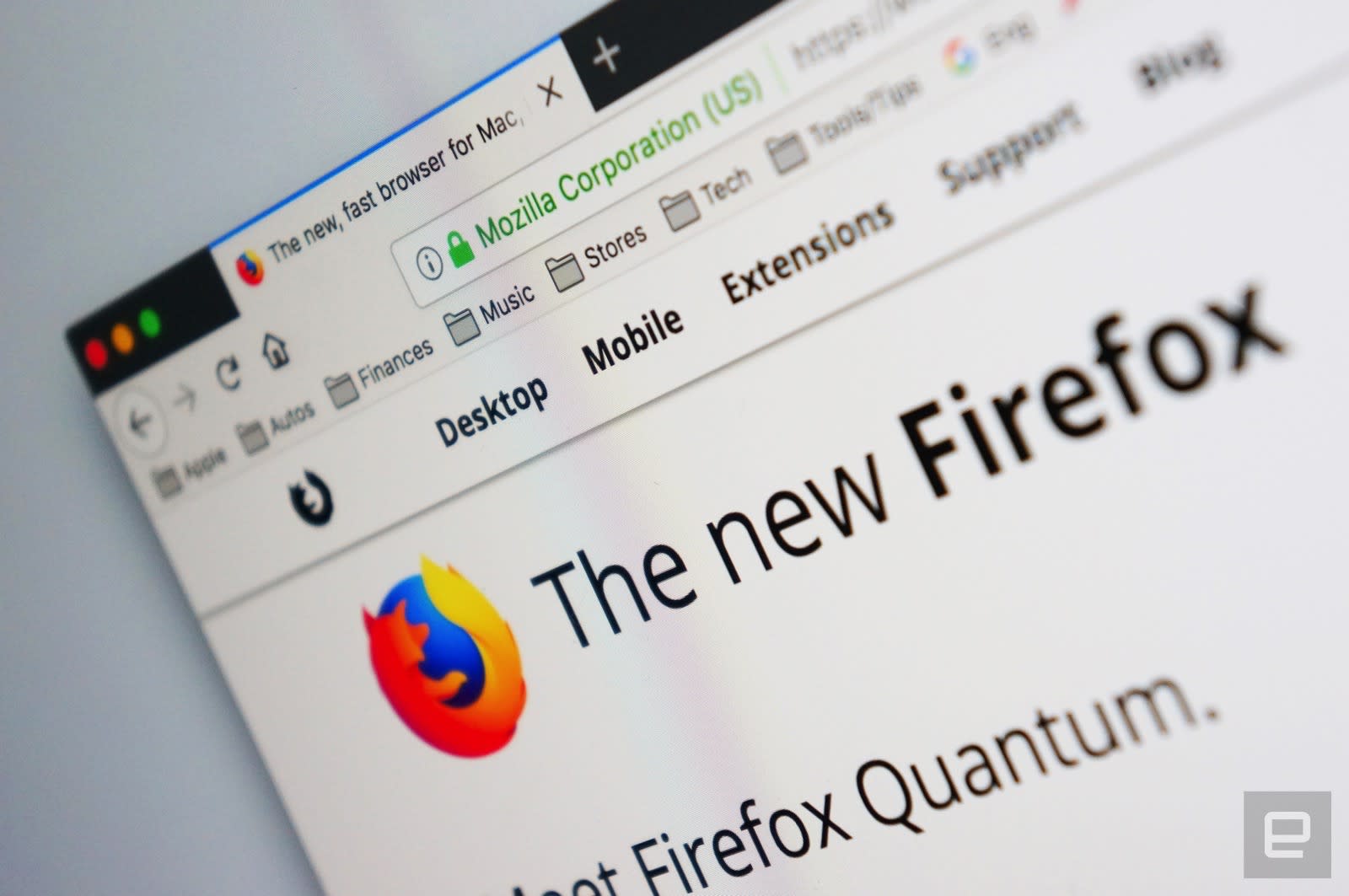 Did you ditch Firefox a while ago after feeling that it was slowing down compared to rival browsers like Chrome? Mozilla is determined to win you back. As promised, it just released Firefox Quantum (aka Firefox 57) -- and it promises to be much faster than you're used to. The company claims its newest browser is over twice as fast as the version from 6 months ago thanks to both a new, multi-core CSS engine, tab prioritization and the elimination of bugs that were weighing the software down. Whether or not it's actually faster depends on the sites you're visiting, but it does appear snappy in some quick testing.

Thankfully, Quantum doesn't lean exclusively on speed to draw you in. There's a new interface that's both more streamlined (a lot of the visual fluff has been stripped away) and should look sharp on very high-resolution displays. It should be better at scaling in the future, to boot. And if it wasn't already clear that Mozilla owns Pocket, it is now. When you open a new tab, you'll see Pocket's story recommendations alongside shortcuts to your most visited sites.

The new version is available now for Linux, Mac and Windows users. Whether or not it moves the needle is another matter. Web browser usage share has remained relatively stable for a while, particularly for Firefox (about 13.1 percent as of October, according to NetMarketshare) and for Chrome (59.8 percent). In other words, browser habits are relatively entrenched -- it might take a fundamental change in user perception for those numbers to shift in a significant way. Quantum is one of the biggest improvements to Firefox in recent times, though. And if nothing else, the speed boost and UI tweaks could help Mozilla keep users that would otherwise have jumped ship.

In this article: browser, firefox, firefoxquantum, gear, internet, linux, mac, mozilla, personal computing, personalcomputing, video, web, windows
All products recommended by Engadget are selected by our editorial team, independent of our parent company. Some of our stories include affiliate links. If you buy something through one of these links, we may earn an affiliate commission.