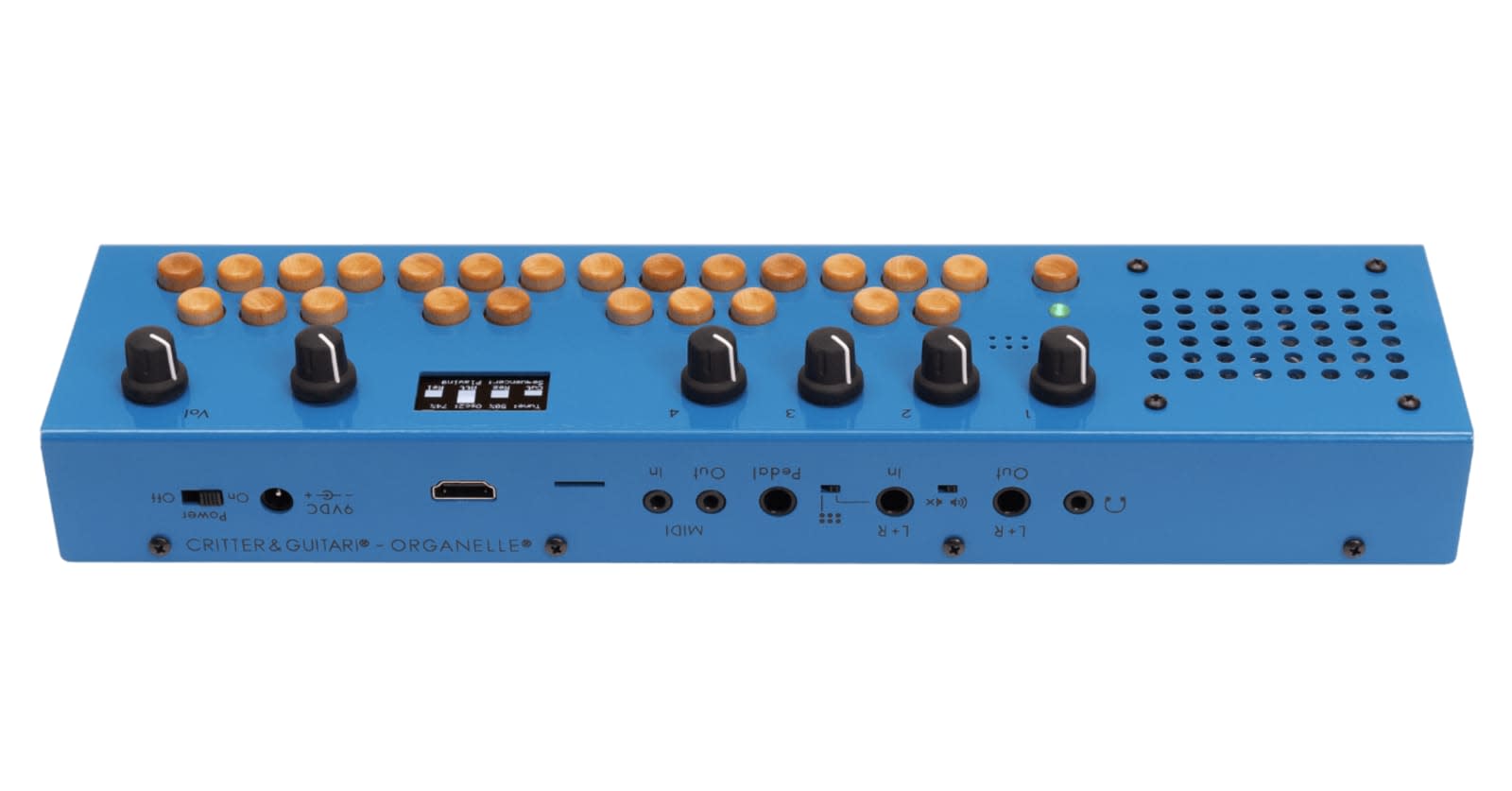 It's a niche company, but Critter and Guitari was a big name during the portable synth renaissance, and back in 2016 it released its flagship instrument, the Organelle. Now, it's had a pretty significant upgrade.

The newly-released Organelle M now comes with a built-in speaker and mic, MIDI jacks and battery power, so you can play on the go. It's also got a pepped up 1.2GHz Quad-Core processor, double the RAM and it comes with a USB WiFi adaptor.

What's really exciting, though, is that it's now driven by a Raspberry Pi, instead of the original solid run i.MX6. This isn't a mysterious device powered by obscure components, but rather a digital synth with a pretty active community of musicians building custom patches for it -- the sort of thing Korg is probably hoping for with its digital oscillators on the Prologue and Minilogue XD. Get the Organelle M for $595 from critterandguiatri.com.

In this article: av, Critter & Guitari, design, entertainment, gadgetry, gadgets, gear, instrument, mobile, music, Organelle, Organelle M, portable, Raspberry Pi, synth, upgrade
All products recommended by Engadget are selected by our editorial team, independent of our parent company. Some of our stories include affiliate links. If you buy something through one of these links, we may earn an affiliate commission.