Twitter will label tweets from politicians that violate rules

It'll also downrank the flagged tweets in its algorithms.

Twitter is adding a label to tweets that break its rules but are still considered to be in the public interest, namely from elected officials or those running for office. The company mentioned in March it was considering such a policy, and now it's enacting the measure effective immediately.

You'll only see the label, which won't be applied retroactively, on tweets from accounts that are verified and have at least 100,000 followers. Perhaps most importantly, they need to be linked to a government official, someone running for office or a person who's being considered for a government position (for instance, someone who's awaiting confirmation or has been named a successor to an appointed role).

Twitter said that in certain cases, such as direct violent threats or calls to carry out violence against someone, tweets aren't likely to be in the public interest. Those will probably be removed. 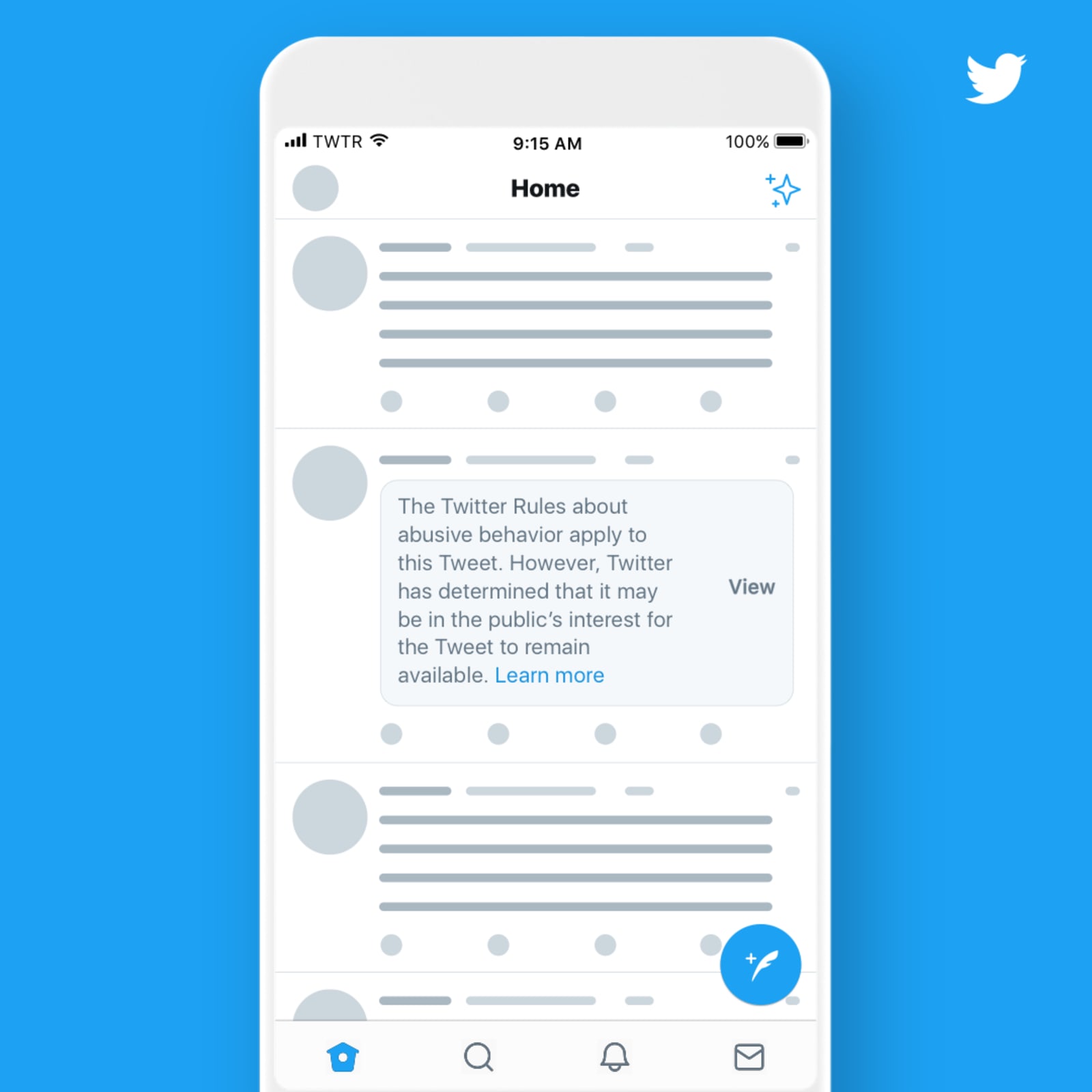 The label will be applied on rare occasions, Twitter said, and the flagged tweets will also be downranked in the service's algorithms and search, so fewer people are likely to see them. The labeled tweets won't appear at all in safe search, your timeline when you're on the Top Tweets view, live events pages, push notifications for recommended tweets, the notifications tab or the explore section.

Twitter is setting up a dedicated team to enact the new policy, meaning those employees will likely be keeping close tabs on the accounts that fall within its remit. They'll determine whether to use the label based on these factors:

The label is an attempt to balance out claims that the company was allowing tweets that violated its policies to remain on the platform, while ensuring the public still has access to noteworthy remarks by officials. But the move is still likely to spark controversy, particularly at a time when there are broader accusations that social networks are giving conservative voices less prominence.

Twitter wrote in a blog post that its main objective is to "protect the health of the public conversation" by allowing the public to engage with public officials and maintain a record of their remarks. It seeks to "strike the right balance between enabling free expression, fostering accountability, and reducing the potential harm caused by these tweets."

All products recommended by Engadget are selected by our editorial team, independent of our parent company. Some of our stories include affiliate links. If you buy something through one of these links, we may earn an affiliate commission. All prices are correct at the time of publishing.
View All Comments
Twitter will label tweets from politicians that violate rules