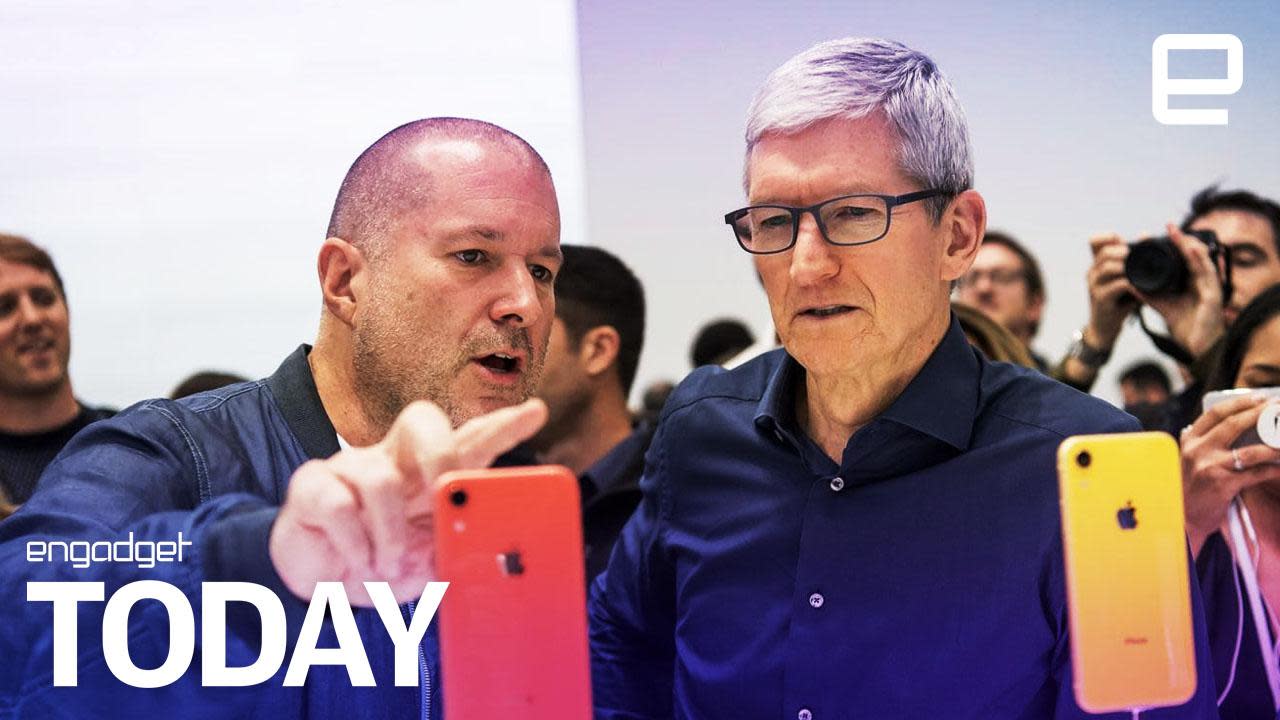 Jony Ive's departure was made official last week, but may have begun years ago because of Apple's shift in focus from design to operations, according to the WSJ and Bloomberg. Citing multiple unnamed sources, the reports stated that Ive was "dispirited" by Tim Cook's lack of interest in design, especially considering the close synergy he shared with former Apple CEO Steve Jobs. At the same time, Ive was coming into Apple's offices much less often than before, "straining the cohesion central to product development," the WSJ stated.

Update (6 PM ET): In an email to a reporter, Tim Cook called the story "absurd."

Ive reportedly started showing up at Apple's offices less often after the release of the Watch. Rather than an iPhone peripheral, Ive saw it was a fashion accessory, clashing with Apple executives over how to position it. The resulting device, at $349, sold only 10 million units (a quarter of the forecast), while "thousands" of copies of the $17,000 gold version went unsold, according to the WSJ.

Much like many Apple fans, Ive was supposedly frustrated with the change in company culture from the one established by he and Jobs where design ruled. He was not only disappointed by the fact that Tim Cook "showed little interest in the product development process," but also that Apple's Board was increasingly filled with directors that had no experience in Apple's business.

Ive was promoted to Chief Design Officer shortly after the launch of the Watch, but only came to the office a couple of days a week, according to Bloomberg. Meetings were often moved to San Francisco where he lived, and even to hotels, homes of employees and other venues. "The team craved being around him," said a WSJ source close to Apple leadership at the time. "He's engaging. Him being around less was disappointing."

Ive created numerous iconic projects with Apple, often as a result of discussions, debates and arguments with Jobs. That includes iconic products like the iPhone, iPad, iPod, MacBook Air, Apple Watch and even Apple's new headquarters. However, recent products like the HomePod and iPhone X models have enjoyed less success, and Apple recently killed its AirPower charging pad, which Ive imagined as a catchall for Apple devices. According to the WSJ, however, "engineering tests found it behaved more like a dorm-room hot plate."

Now his new design firm, "LoveFrom," will reportedly be paid "millions of dollars a year to continue to work with Apple," the WSJ said. That could give Ive the best of both worlds, only working on the stuff he wants for Apple without having to deal with internal politics.

In this article: AOLoriginals, apple, business, daily show, engadget, Engadget Today, engadget video, entertainment, gear, jony ive, tim cook
All products recommended by Engadget are selected by our editorial team, independent of our parent company. Some of our stories include affiliate links. If you buy something through one of these links, we may earn an affiliate commission.