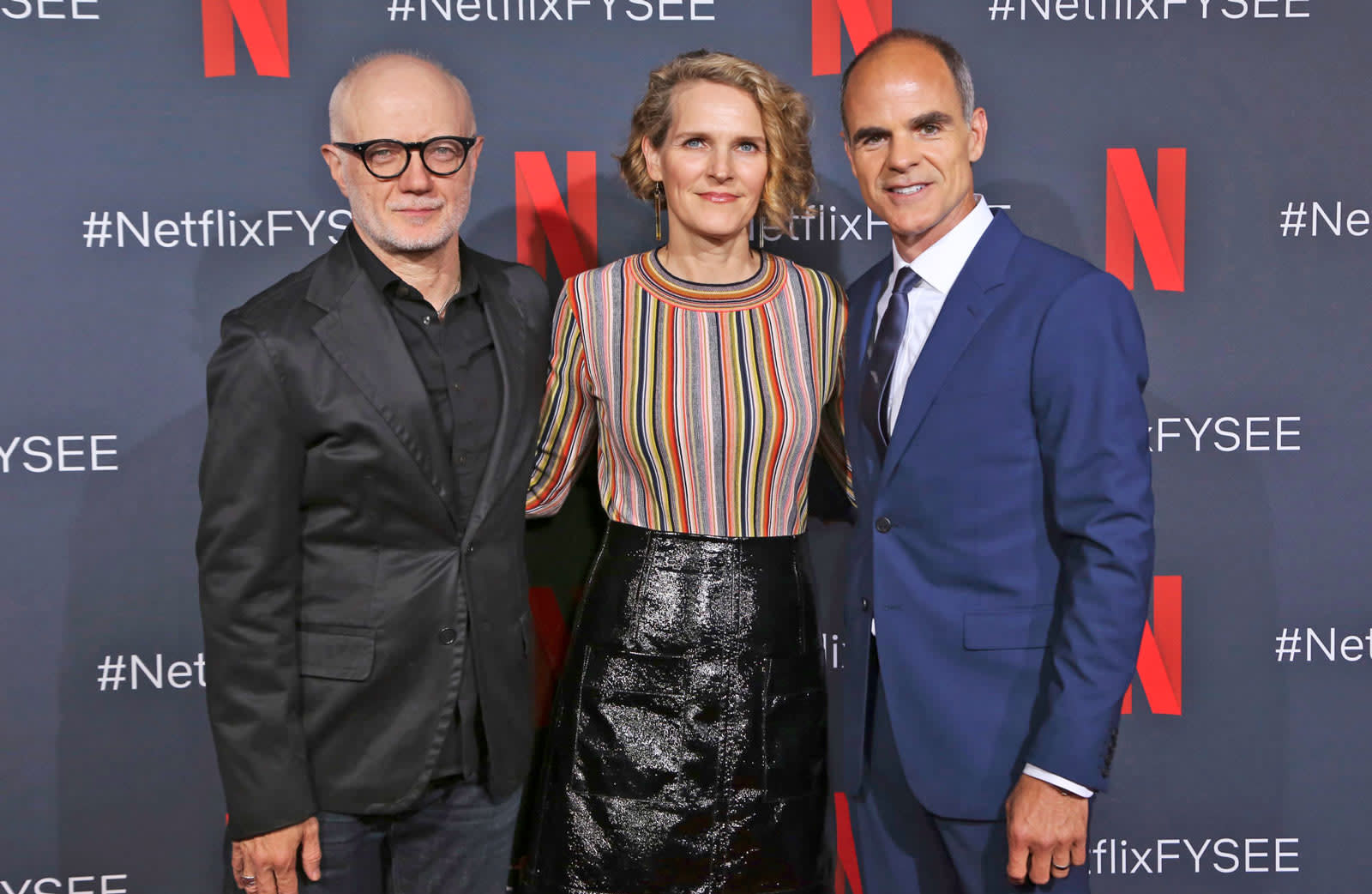 Netflix is known for taking bets on experimental shows and ambitious costume dramas set in far-flung locations. But the golden days of the company's cavalier spending on original content may be coming to a close as it becomes more careful with finances, reports The Information. The company is expected to be more budget-conscious with future productions as it faces competition from upcoming streaming services by Disney, NBC Universal, Apple and WarnerMedia.

According to The Information's account, Netflix content chief Ted Sarandos told several of his high-ranking TV and film executives in early June that the company had to be more picky with its spending on big budget productions. Any upcoming projects need to bring in large numbers of viewers, and will no longer be able to float by due to being loved by critics or earning the company more credibility. One example Sarandos gave of a "no-go" for the future was Triple Frontier, an action drama starring Ben Affleck that cost $115 million. One blogger called the film a "flop," and The Information said its source indicated that Sarandos cited the film as one where Netflix spent more money on it given how many people watched it, indicating the company wasn't happy with its performance.

Netflix itself denies that view, though. In a statement emailed to Engadget, Sarandos said the following: "We're incredibly proud of Triple Frontier, one of our most popular original films. 63 million member households have now watched the movie since it launched in March, and we look forward to working on more projects with this talented cast, producers and writer/director J.C. Chandor."

Netflix tightening its purse strings isn't a sign that the company is in trouble -- in fact, one could interpret it as the opposite. With feature films like Roma or shows like The Crown, the company no longer has to prove to viewers or Hollywood big-wigs that it's capable of churning out Oscar- or Emmy-caliber content. In the early years of Netflix's original productions, the company went into a greenlighting frenzy as it released new shows and movies to see what would resonate with viewers and critics. Some of the platform's most expensive series, like The Crown ($13 million per episode) and Orange is the New Black ($4 million per episode) are also its most successful. But Netflix has also released some pricey flops in recent years, like the hip hop musical drama The Get Down ($120 million for the first and only season) and Marco Polo (a $200 million production that went unnoticed by critics).

With Netflix slated to spend $15 billion on its original content in 2019, it's clear that money is no object for the streaming platform. But unlike its early days, the company has a better idea of what works and what doesn't. By being more budget-conscious, Netflix will hopefully produce more consistent hits and fewer high-priced failures.

Update, 7/8/19, 7:30PM ET: Today, Netflix emailed a statement from chief content officer Ted Sarandos regarding the company's view on how Triple Frontier performed. That statement has been included in our story; we also included more details on how The Information's source referred to Triple Frontier as a film that underperformed Netflix's expectations.

In this article: av, business, entertainment, netflix, Orange Is the New Black, The Crown
All products recommended by Engadget are selected by our editorial team, independent of our parent company. Some of our stories include affiliate links. If you buy something through one of these links, we may earn an affiliate commission.