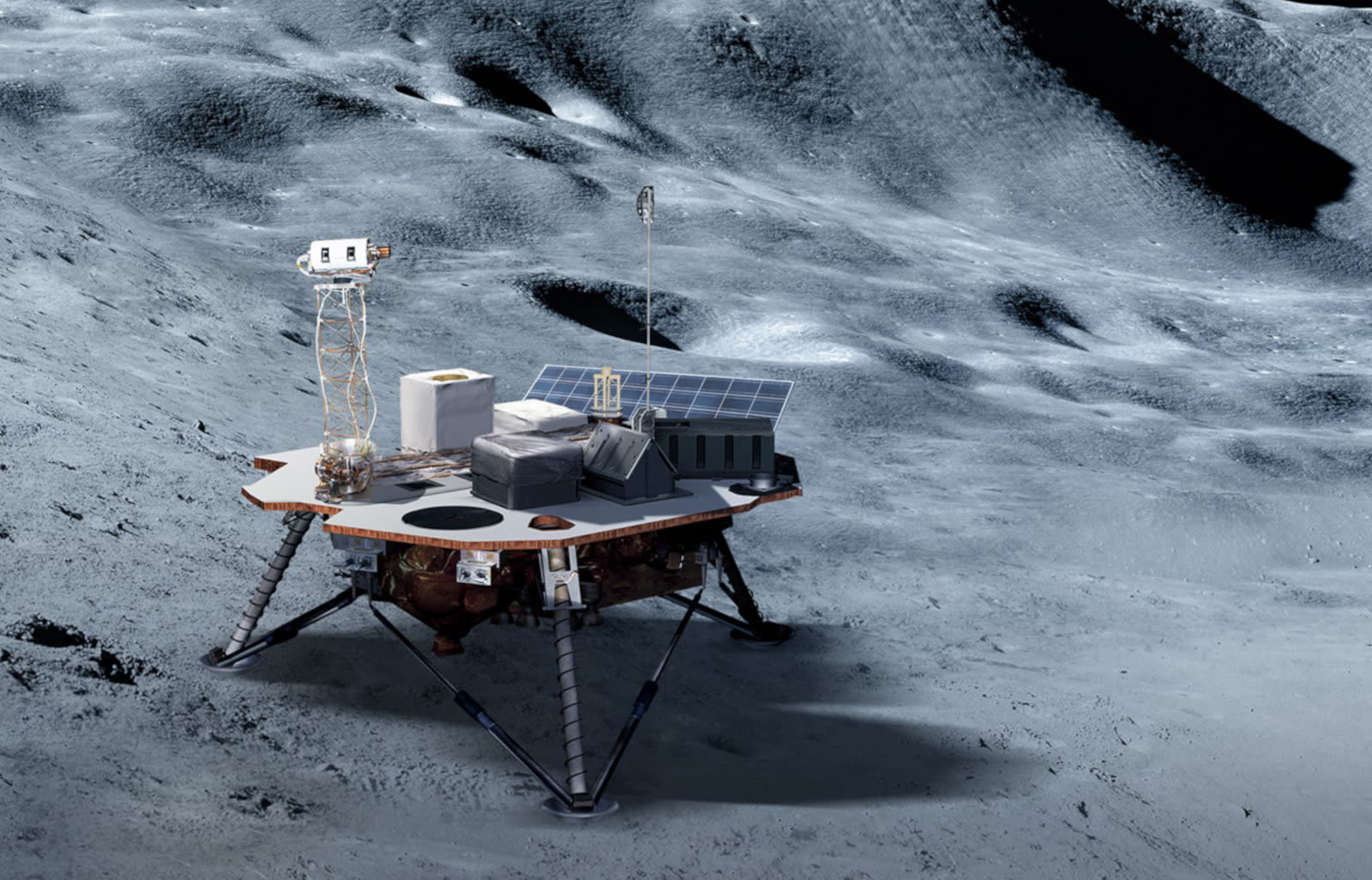 NASA has been putting the Artemis program together over the past months in hopes of returning to the moon by 2024. After picking the first three commercial moon landing service providers, NASA has now chosen the 12 science and technology projects they're bringing to Earth's faithful companion. All 12 will help us study the moon in preparation for our return in a few years' time -- a rover called MoonRanger, for instance, will create 3D maps of the lunar surface. Astrobotic has signed a $5.6 million NASA contract to build the lightweight autonomous rover, which will also demonstrate a long-range communication system for lunar exploration.

Another project called Heimdall is, as you might be able to guess from the name, a camera system that'll help us understand the moon's geological features a lot better. It will also keep an eye out for potential landing and traffic hazards for our spacecraft and vehicles. Most of the other instruments will look more closely into the moon's composition, heat flow and other properties. The Lunar Environment heliospheric X-ray Imager, however, will capture images of the solar wind.

Some of the instruments will also use components from previous missions. The Lunar Magnetotelluric Sounder will use a magnetometer made for the MAVEN spacecraft to study the electric and magnetic fields of the moon. Meanwhile, the Lunar Surface Electromagnetics Experiment will use repurposed hardwave from MAVEN and other missions to monitor the electromagnetic phenomena on the surface of the moon.

All 12 projects will make their way to the lunar surface on future flights through NASA's Commercial Lunar Payload Services project as early as 2021. Thomas Zurbuchen, associate administrator of NASA's Science Mission Directorate in Washington, said:

"The selected lunar payloads represent cutting-edge innovations, and will take advantage of early flights through our commercial services project. Each demonstrates either a new science instrument or a technological innovation that supports scientific and human exploration objectives, and many have broader applications for Mars and beyond."

In this article: artemis, gear, moon, nasa, space, TL19MOON, tomorrow
All products recommended by Engadget are selected by our editorial team, independent of our parent company. Some of our stories include affiliate links. If you buy something through one of these links, we may earn an affiliate commission.