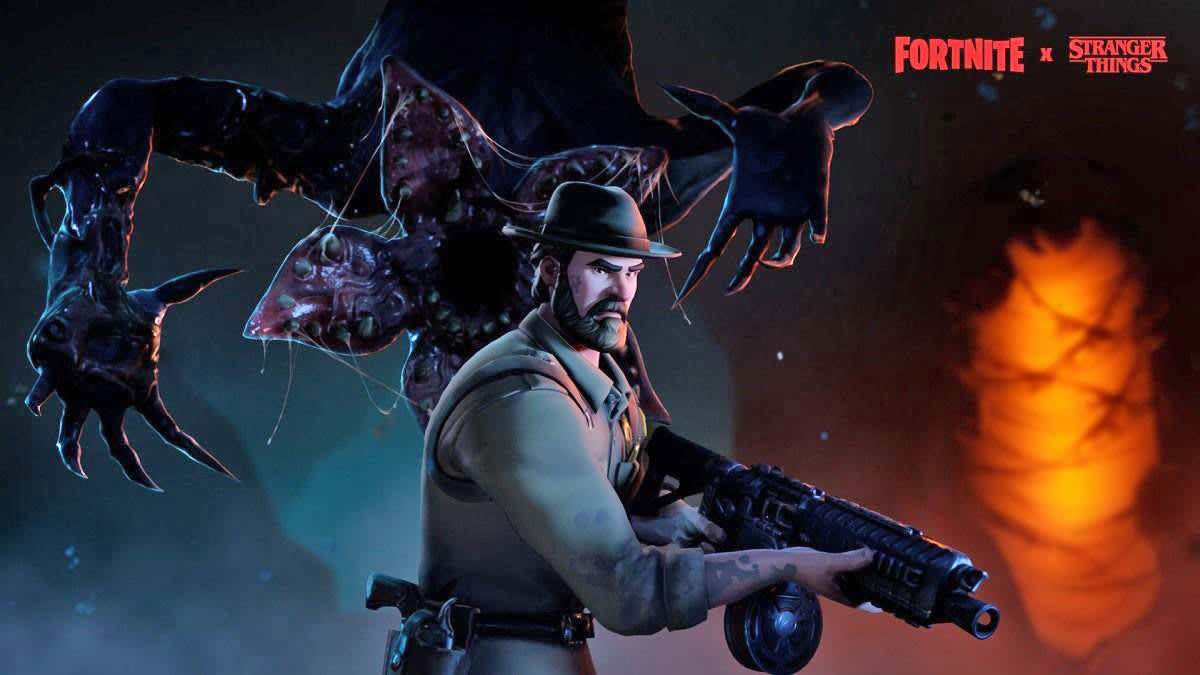 Netflix's release of Stranger Things 3 has brought along an unprecedented number of marketing tie-ins, which include a link to Fortnite. Some familiar-looking teleporters popped up in the game's mall area yesterday to join already-included Scoops Ahoy ice cream powerups, and tonight Epic announced the full details of their crossover. Unfortunately, unlike the Avengers: Endgame and John Wick collaborations, there doesn't appear to be any kind of new limited-time game mode.

Instead, as expected, there are a couple of new skins available allowing players to take on the appearance of Chief Hopper or the Demogorgon (that cost 1,500 and 1,200 "v bucks" respectively), plus a "Vines" weapon wrap. If anything else appears in-game, let us know -- but no spoilers, not everyone has finished season three yet.

In this article: art, av, battle royale, Chief Hopper, Demogorgon, entertainment, Fortnite, gaming, Netflix, Stranger Things, Stranger Things 3
All products recommended by Engadget are selected by our editorial team, independent of our parent company. Some of our stories include affiliate links. If you buy something through one of these links, we may earn an affiliate commission.