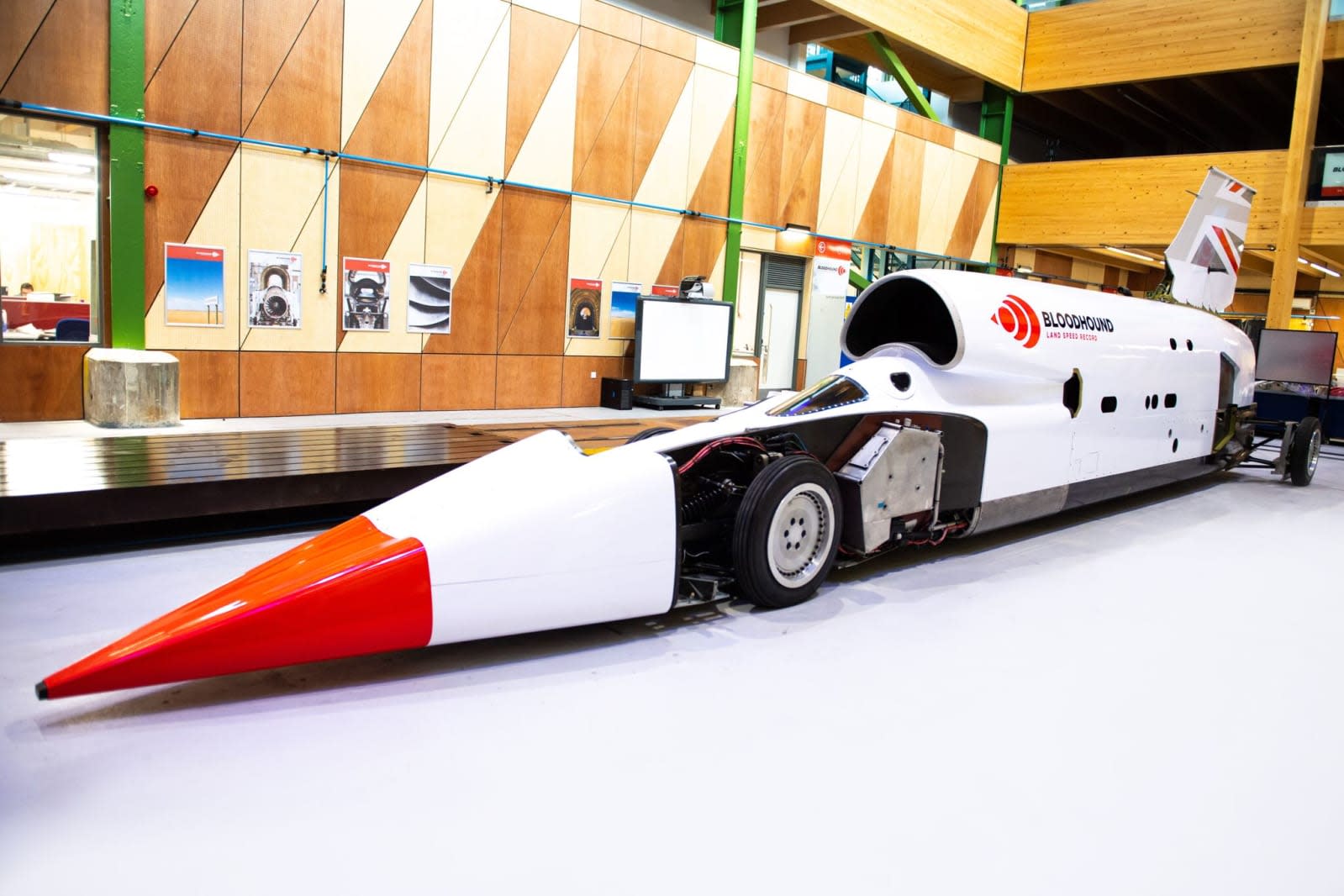 The Bloodhound supersonic car project might be all about getting from A to B as quickly as possible, but its journey to date has been anything but streamlined. Since the project was announced in 2008, it's been besieged with obstacles, and last year came within a hair's breadth of shutting down completely. Now, though, it's back on track, and its team has announced a new testing timeline.

October this year will see the Bloodhound LSR car take to its dry lake bed race track at Hakskeen Pan in South Africa -- as previously hoped. The team will be targeting 500mph (800km/h) -- a significant jump on the successful 200mph (320km/h) trials undertaken at Cornwall Airport in 2017, and a key milestone on the journey to setting a new world land speed record.

Since the project's relaunch in March 2019, new owner Ian Warhurst and his freshly-assembled team have made a number of design tweaks to the car, including adding the parachute braking system, uprating springs and dampers, adding more air pressure and load sensors, and installing a fire detection and suppression system.

Meanwhile, Warhurst says that Hakskeen Pan is the ideal place to test the Bloodhound's capabilities. "The section of the track we'll use is 16km by 500m, with large safety areas on both sides. This allows us to lay out up to 12 individual tracks side by side," he said. "This is important as we can't run over the same piece of ground twice because the car will break up the baked mud surface as it passes. We need multiple tracks so we can build speed slowly and safely -- going up in 50mph (80km/h) steps, comparing real-world results with theoretical data -- and Hakskeen Pan is the perfect place to do this."

In this article: Bloodhound, car, design, gear, land speed record, South Africa, supersonic, tomorrow, transportation, trial
All products recommended by Engadget are selected by our editorial team, independent of our parent company. Some of our stories include affiliate links. If you buy something through one of these links, we may earn an affiliate commission.