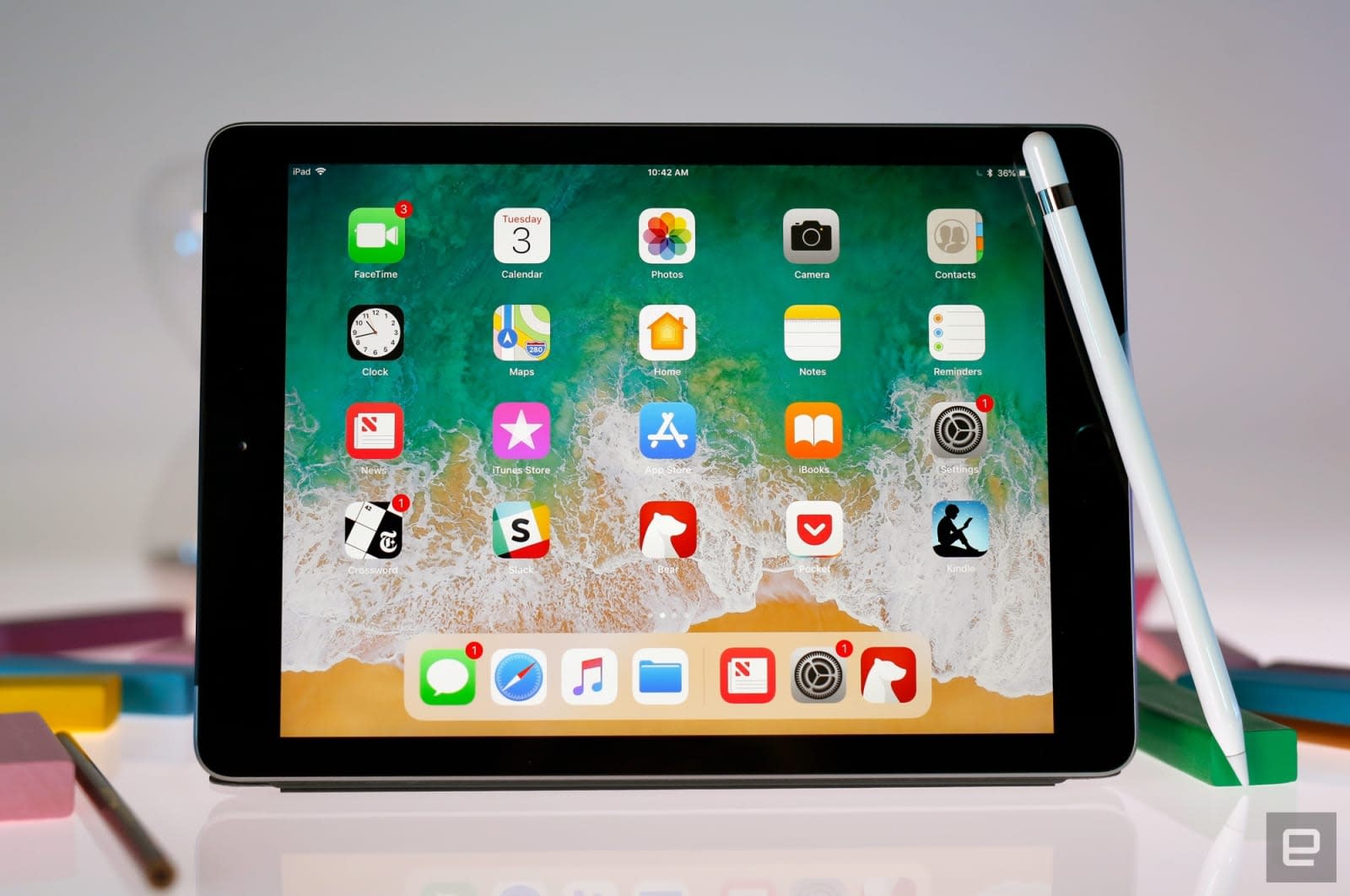 Apple has been busy in the tablet space this year between the new iPad Air and an overdue iPad mini update, but what about everybody else? You're getting your fix soon, apparently. MySmartPrice has discovered filings at the Eurasia Economic Commission for five unannounced iPads, two in one filing and three in another. The entries say precious little about the hardware itself, but these are definitely new models -- they'll all run iPadOS. As it stands, there are murmurs hinting at what you might expect.

Rumors have circulated for months of Apple working on a 10.2-inch replacement for the base iPad, with mass production reportedly starting soon. Given that the tablet hasn't been updated for over a year, it's a prime candidate for a refresh. We'd add that the redesigned iPad Pro is also approaching its first birthday -- it might not get an overhaul, but it could benefit from newer processors and other minor tweaks. There isn't much to go on for rumors surrounding the higher-end slate, mind you.

The timing is convenient, at least. Apple typically unveils a smorgasbord of new hardware in September and October, and it'd only make sense to court buyers with new iPads as they go back to school or shop for the holidays. The filings suggest Apple is laying the groundwork for those launches.

In this article: apple, eec, eurasian economic commission, gear, ipad, ipad pro, mobile, tablet
All products recommended by Engadget are selected by our editorial team, independent of our parent company. Some of our stories include affiliate links. If you buy something through one of these links, we may earn an affiliate commission.