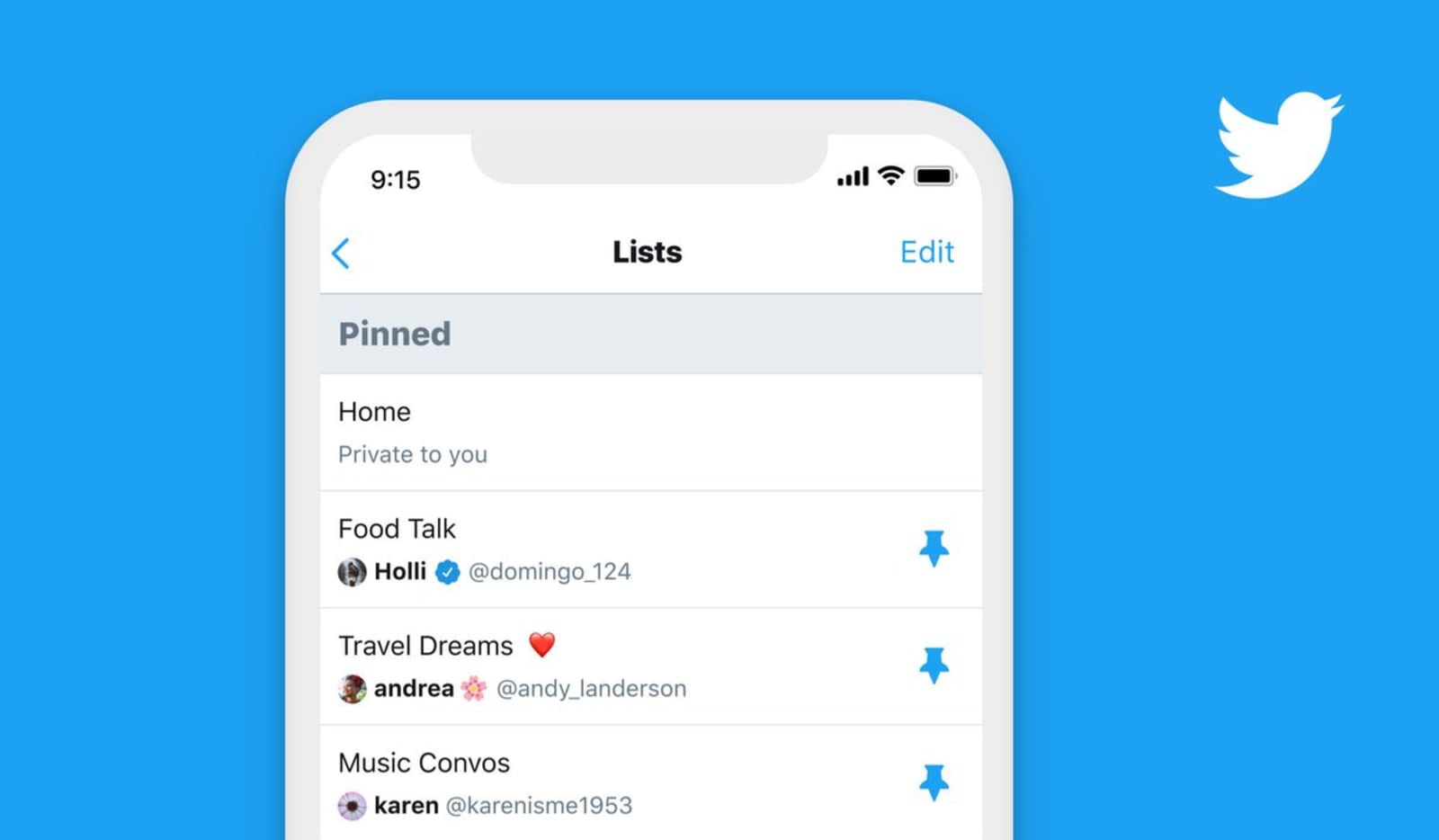 The lists feature hasn't received a ton of love from Twitter over the years outside of Tweetdeck, but lists can be extremely useful for organizing accounts by interest or to quickly see the latest tweets from your closest friends. Last month, though, Twitter gave lists a bit more prominence by testing them on the Home tab of its app, and now it's testing an option to quickly switch between tweets about your favorite show or some travel inspiration accounts.

Ready for more customization? Now you can pick which lists will appear and pin them. Just don't let your lists know you're playing favorites. 🤫 pic.twitter.com/loMPptRfzQ

You'll be able to select which lists you can swipe between in the home screen and pin them to the top of your lists page for easier access, whether they're ones you've created or public lists made by others. A Twitter spokesperson confirmed to Engadget this is only a test for now, and a limited number of people will see it in the app for the time being. In any case, by bringing lists to Home, Twitter is aping the utility of apps like Tweetbot, which lets you set a list as your main feed.

In this article: app, gear, lists, mobile, services, timeline, twitter, twitter lists, twitterlists
All products recommended by Engadget are selected by our editorial team, independent of our parent company. Some of our stories include affiliate links. If you buy something through one of these links, we may earn an affiliate commission.