The tech giant has filed a patent application for a pair.

Samsung is exploring the possibility of developing augmented reality glasses, based on one of its latest patent applications first spotted by Patently Apple. The documentation the tech giant submitted to the US Patent & Trademark Office shows foldable device that looks more like a typical pair of glasses -- with much thicker frames to accommodate its electronic components -- than the Samsung Gear VR. While the final product could end up being vastly different, the current design is an eyepiece that automatically switches on whenever it's unfolded. 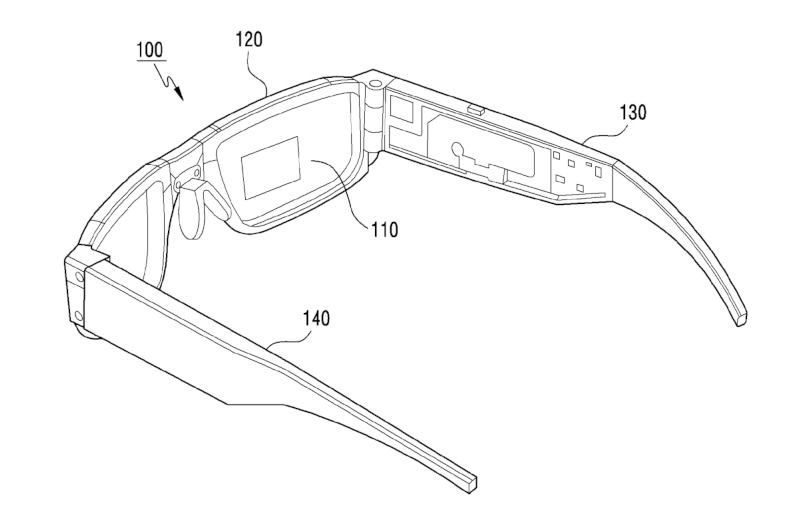 So long as one of the pair's temples is unfolded, the glasses' projector (mounted on the temple) would beam images on the small display placed over the wearer's field of view. To make sure the device doesn't accidentally switch off if the user turns their head wrong, it looks like the company is thinking of using magnetic sensors to make sure it remains in the unfolded position until the wearer deliberately folds it.

Since it's just a patent application that may never come to fruition, Samsung didn't discuss what specific components it intends to use. It gave ARM-based processors as an example of the kind it might use, however, if the company ever decides to push through with the device's development.

All products recommended by Engadget are selected by our editorial team, independent of our parent company. Some of our stories include affiliate links. If you buy something through one of these links, we may earn an affiliate commission. All prices are correct at the time of publishing.
Samsung may develop foldable augmented reality glasses
AR glasses
augmented reality
gadgetry
gadgets
gear
patent
samsung