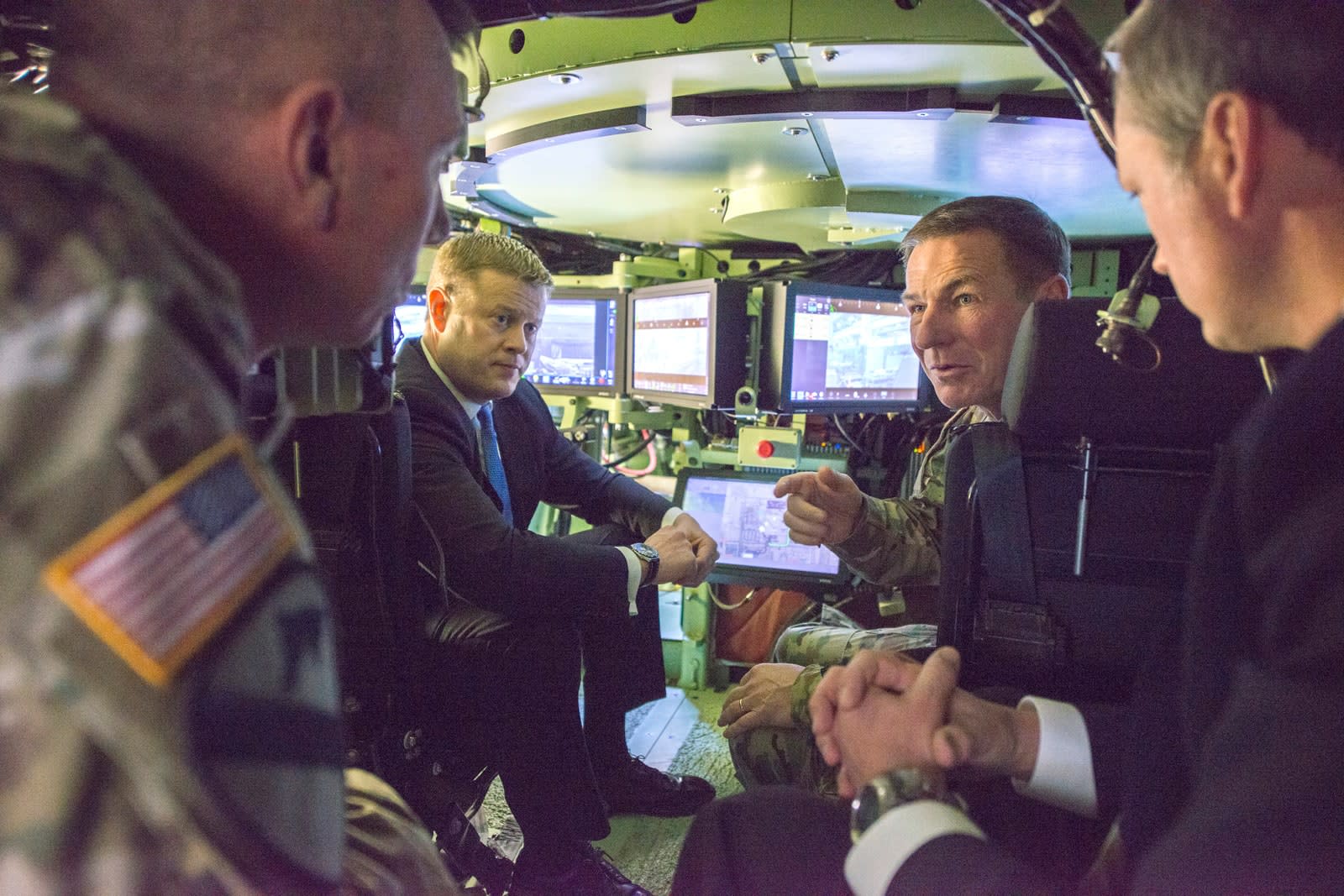 The US military is about to try using robotic vehicles in a more aggressive fashion -- the Army will start testing robotic combat vehicles in 2020. Soldiers in two modified Bradley Fighting Vehicles (Mission Enabler Technologies-Demonstrators, or MET-Ds) will remote control four crewless M113-derived prototypes to gauge how well the system works in real life. While it's not a combat situation, the Army hopes for feedback that will reveal problems or different use patterns.

Every MET-D will have four soldiers in the back controlling two uncrewed vehicles, each of which is equipped with 7.62mm machine guns.

Testing will ramp up over the next few years. A second phase in the Army's late fiscal 2021 will see the robotic vehicles used in company-scale maneuvers with six MET-Ds and eight light and medium industry-supplied robo vehicles. A third phase, in mid-fiscal 2023, would maintain the vehicle count but switch to medium and heavy robotics.

A robotic system like this could have multiple advantages for the Army. It'd reduce risk in scenarios where soldiers don't want to expose themselves, such as first contact with an enemy force. And without a crew, the machines could carry special payloads or vehicle upgrades. They're not about to replace humans when they aren't autonomous (which would raise ethical questions). They could, however, keep people out of danger until they're absolutely necessary.

In this article: army, drone, gear, met-d, military, robot, robots, tomorrow, us army, wargadget
All products recommended by Engadget are selected by our editorial team, independent of our parent company. Some of our stories include affiliate links. If you buy something through one of these links, we may earn an affiliate commission.