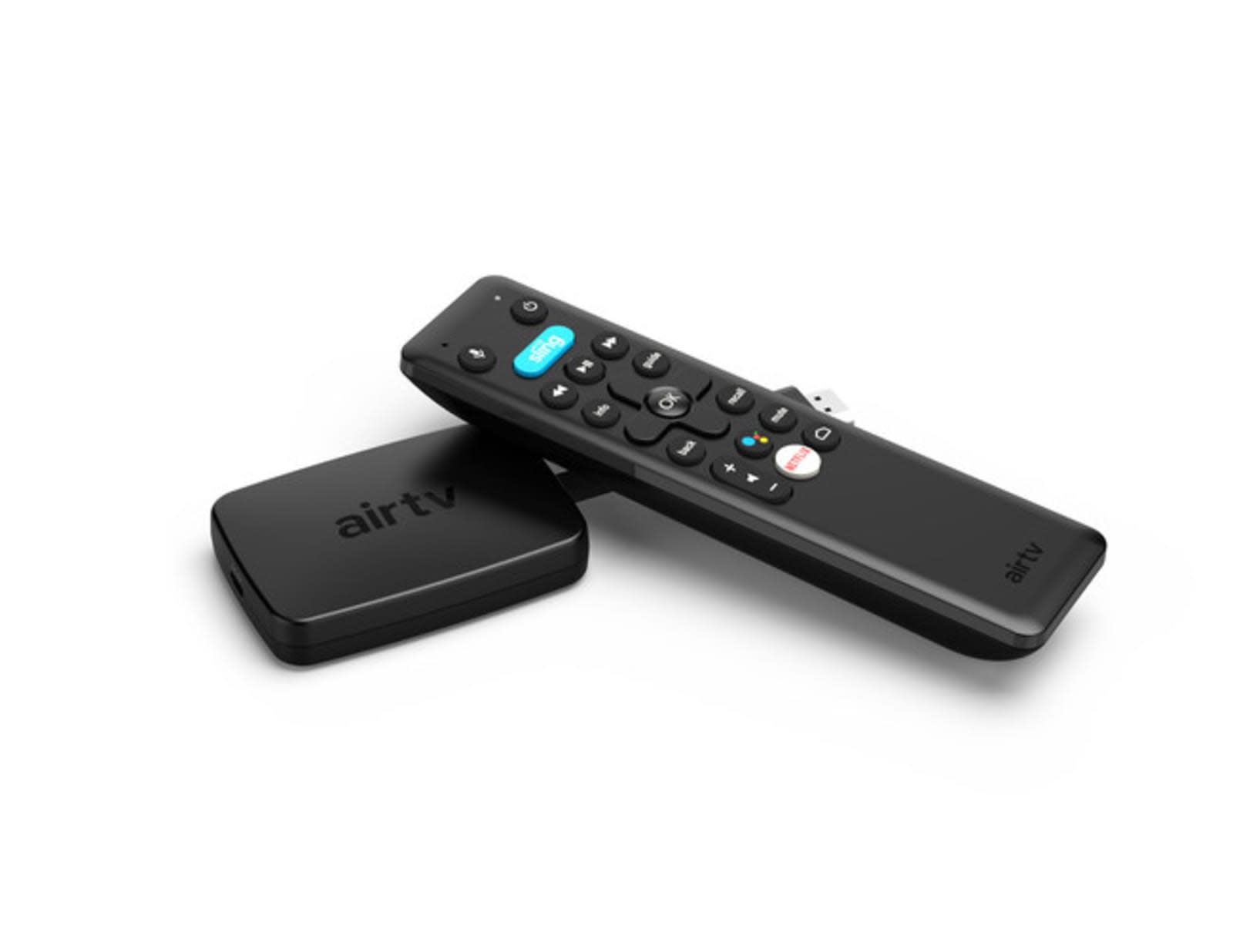 A couple years ago Dish revealed AirTV, an Android TV-powered set-top box. The company has been relatively quiet since then, but today, it launched the AirTV Mini. The new device is a 4K HDR-compatible streaming stick that brings users Sling TV, Netflix and over-the-air (OTA) channels, as well as other apps built for Android TVs.

The palm-sized device certainly isn't the first tiny streaming dongle. Amazon, Roku and Google already offer similar products. But according to Mitch Weinraub, director of product development for AirTV, the AirTV Mini has "more memory and a faster processor than anything else in the category."

The device plugs into your Android TV via the HDMI port and automatically launches the Sling TV app, with Netflix integrated into the interface. You can access other Android TV apps through Google Play, and you'll have access to Google Assistant and Netflix via dedicated buttons on the remote. There's also the OTA streaming feature. "The AirTV brand is committed to making local TV relevant and easily accessible to streamers," Weinraub said. But you'll need an AirTV Wi-Fi-enabled network tuner and an OTA antenna (each sold separately) to access those channels.

As with the original AirTV set-top box, the Mini is a bit of an outlier. Most people interested in local channels aren't the ones jumping to cut cords, but the device could be appealing to those who don't want to pay for cable. And at $79.99 (available at AirTV.net) the Mini is both smaller and cheaper than the original.

In this article: airtv, airtv mini, android tv, business, channels, cord cutting, dish, dongle, gadgetry, gadgets, gear, local tv, netflix, ota, over the air, Sling TV, streaming, streaming tv
All products recommended by Engadget are selected by our editorial team, independent of our parent company. Some of our stories include affiliate links. If you buy something through one of these links, we may earn an affiliate commission.