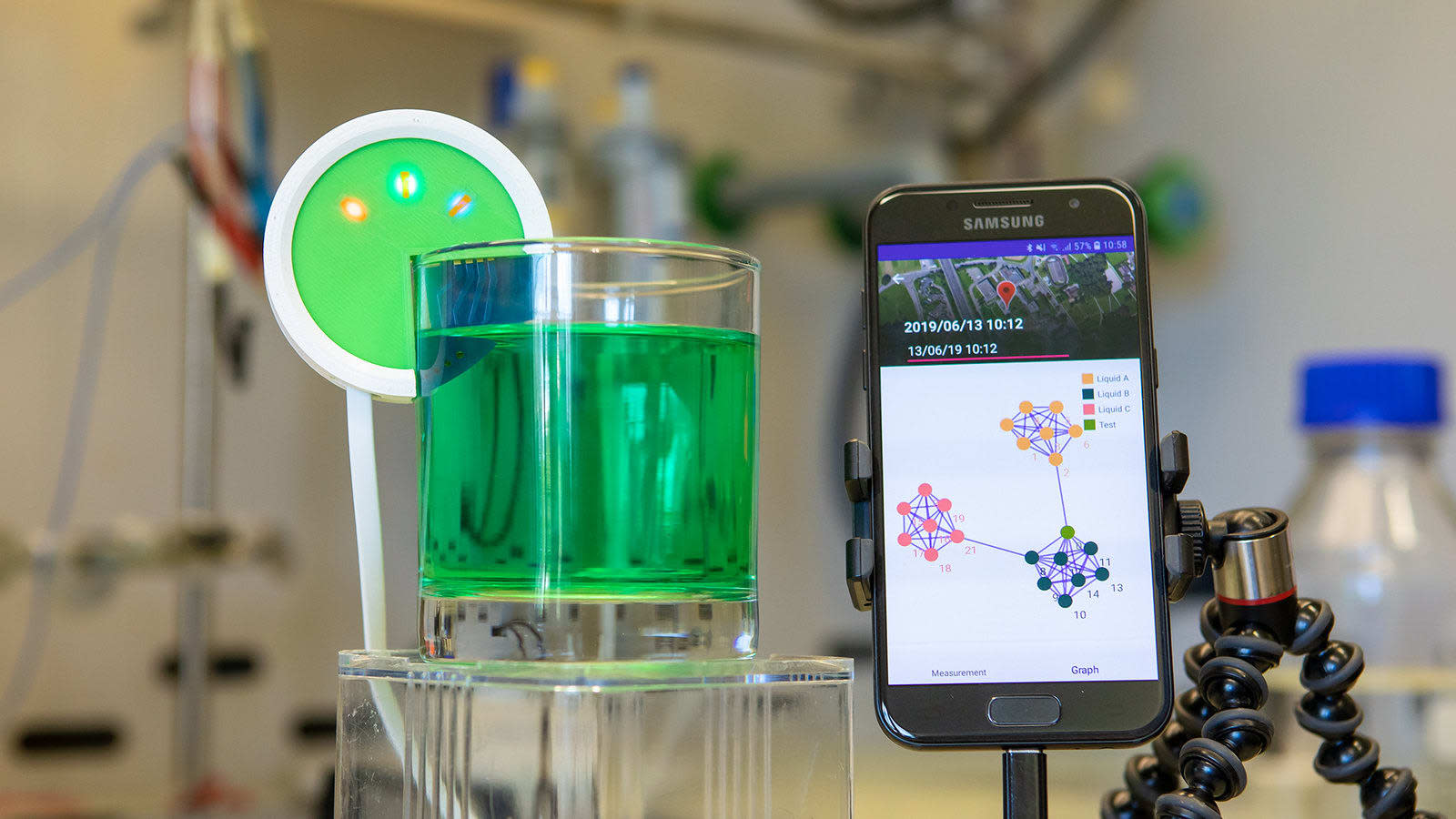 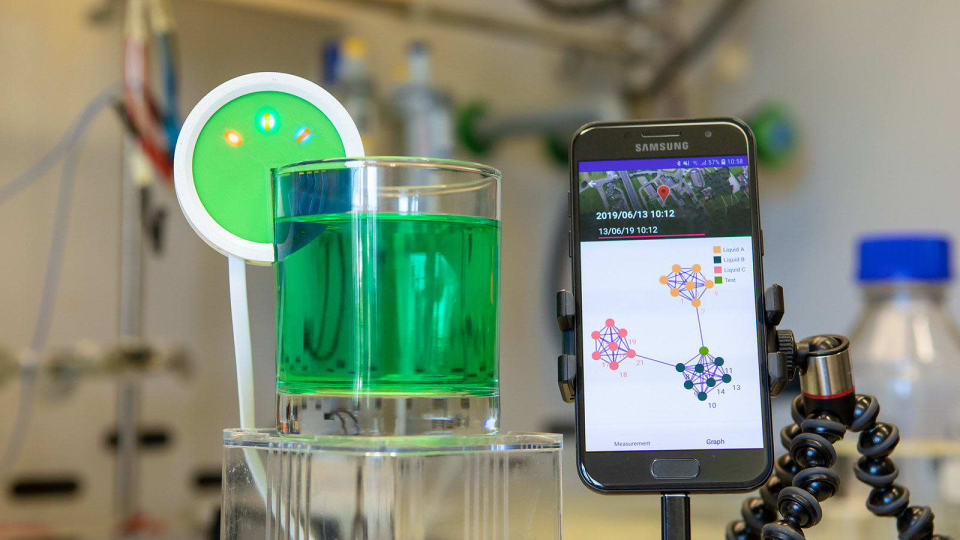 The pace of technical advancement in computer vision systems over the past few years has been nothing short of astounding. The eyes of machines are quickly gaining on their biological counterparts with 1,000-fps vision, the ability to figure out what they're looking at without human aid, and electronic eyes that can be outfitted to any robot. The same goes for tactile sensation and natural language processing, a robot's hands and ears. Research into machine tasting, however, has not seen quite the same degree of enthusiasm. But a new proof-of-concept from IBM Research could give field scientists access to a digital sommelier's palate, even when they're taste testing wastewater for hazardous contaminants.

Dubbed the Hypertaste, this prototype device will allow researchers to perform sophisticated liquid chemical analysis across a variety of compounds and without the need for complex lab equipment. Electrochemical sensors (the fancy name for electronic tongues) tend to be either lightweight and portable but only calibrated to detect a single chemical or huge(ly expensive) stationary pieces of machinery capable of detecting a wide array of component compounds. The Hypertaste however operates in the space between them.

The earliest electrochemical sensors were designed in the 1950s and built to detect gasses, specifically oxygen levels. By the 1980s, and the advent of the silicon chip, these systems had been miniaturized and adapted for use in detecting compounds in liquid as well. Blood glucose monitors are one such example.

Their design is fairly simple. There's a recognition element, typically a molecularly imprinted polymer (MIP), which is a synthetic material studded with "recognition binding sites which are able to bind a molecule of interest or its structural analogous from complex sample matrices," per a 2014 Journal of Environmental Health Science and Engineering study. Basically, they mimic the biological receptor sites of cells, antibodies and enzymes. When a molecule binds to one of these sites, it generates a measurable electrical signal. That signal is then transmitted to an analysis system to be interpreted and identified by the changes in electrical magnitude. Electrochemical sensors can sense changes in a cell's membrane potential, as well as its change in conductance, impedance, voltage or amperage.

While many handheld electrochemical sensors are configured to detect for just one molecule, the Hypertaste takes a different approach, relying on combinational sensing much like human taste buds. This method enables the Hypertaste "to recognize many different types of liquids without having to tailor the hardware specifically for that liquid," said Dr. Patrick Ruch, research staff member in the Science & Technology department at IBM Research - Zurich.

To do so, the Hypertaste uses electrochemical sensors made up of electrode pairs. Each pair responds to a combination of molecules as voltage passes across the electrodes. The overall voltage signal generated by the array of electrode pairs is the liquid's "fingerprint."

"We have this array of sensors. Each of the sensors by itself is not is not very valuable because it's reacting to many molecules at the same time," Ruch continued. "So one sensor by itself is next to useless. But the combined response of all the sensors give you something like a fingerprint of the particular liquid that is that that it's immersed in."

That fingerprint is then transferred from the sensor itself to a mobile device, which shunts the information up to a cloud server where a neural network compares it against a database of known liquids. The closest match found is then displayed on the mobile app. IBM's current proof-of-concept takes less than a minute from initial submersion to return a result with certainties north of 90 percent. What's more, training the sensor to recognize four types of bottled mineral water, which was the basis of the team's recent WCSJ demo, took only half a day. That involved little more than sampling each type of liquid multiple times and then feeding the data into a machine learning system, which extrapolated their relevant characteristics.

What's really cool is that once the system is trained on a new liquid, any existing sensor can be easily "rewired" to detect it simply by changing the machine learning system's parameters. While other electrochemical sensors require you physically swap out the recognition element, the Hypertaste just needs a quick software update. Hypertaste's sensors can also work in concert with one another, sharing information on new liquids that they encounter. That feature, along with the cloud based functions, require a network or data connection to use but the analysis itself can be done locally on the mobile app. That way, no matter how remote the work site, researchers will still have access to immediate results, Ruch explained. The Hypertaste isn't the only e-tongue currently in development. Palo Alto-based Aromyx released its disposable biosensor, the EssenceChip, in 2017 for commercial use. In 2016, a team of inorganic chemists from the University of Valladolid in Spain developed a similar sensor capable of correctly identifying various types of lager with 100 percent accuracy and nearly a dozen manufacturers of mass-produced Chinese food products have adopted taste-testing robots over the same period to ensure their wares are suitably "authentic."

There are numerous commercial applications for electrochemical sensors beyond ensuring that products taste like they should. Ruch points to the pharmaceutical industry, where these sensors might look for counterfeit drugs, even those masked by the addition of specific analytes used to fool less sensitive tests, as well as accelerate clinical testing by "matching the individual responses of patients to a treatment with information on their personal metabolomes," according to a recent IBM blog post. It's also applicable to more mundane tasks like ensuring food safety and water purity. The Hypertaste could even be used in the life sciences to, say, generate a snapshot of a person's health based on the metabolites present in their urine. Unfortunately, IBM does not yet have a timetable for when the Hypertaste will be ready to officially get its sensors wet. Before that happens, IBM must expand its fingerprint database in both size and scope to account for a wider range of identifiable chemical compounds.

In this article: electrochemical sensor, hypertaste, IBM, IBM research, robots, tomorrow
All products recommended by Engadget are selected by our editorial team, independent of our parent company. Some of our stories include affiliate links. If you buy something through one of these links, we may earn an affiliate commission.