Sony once again forces its rivals to play catch-up.

Sony has again put its rivals on the back foot with the launch of the A7R IV full-frame mirrorless camera. It packs a 61-megapixel back-side illuminated sensor with 15 stops of dynamic range, delivering the highest resolution yet for a full-frame camera. If that won't do it, you can capture images of up to 240 megapixels using pixel-shift mode. Conversely, should you not need or want to capture enormous RAW files, it delivers 26.2 megapixel photos in APS-C crop mode.

ISO range goes from 100 to 32,000, or 50 to 102,400 in expanded mode. Despite the extremely high resolution, the A7R IV can capture images at 10 fps in continuous AF tracking mode, and up to 68 images in a burst. Those specs are mighty impressive, considering the potential size of the images. It has 567 full-frame phase detection AF points (325 in crop sensor mode), and 425 contrast AF points.

That allows for 100 percent autofocus coverage, which should allow for accurate focus even at the edges of the frame. And naturally, it features real-time Eye AF -- both for humans and pets -- thanks to the advanced, latest-generation BIONZ X image processor.

Sony has also redesigned the body with a larger, deeper grip, fixing one of the most complained-about issues on the A7R III. It has a five-axis image stabilizer that should be handy for both movies and stills, along with an all-new 5.76 million dot OLED electronic viewfinder -- the highest resolution yet on a Sony camera. The rear display is fully touch-enabled, but doesn't spin around 180 degrees for vloggers, unfortunately. 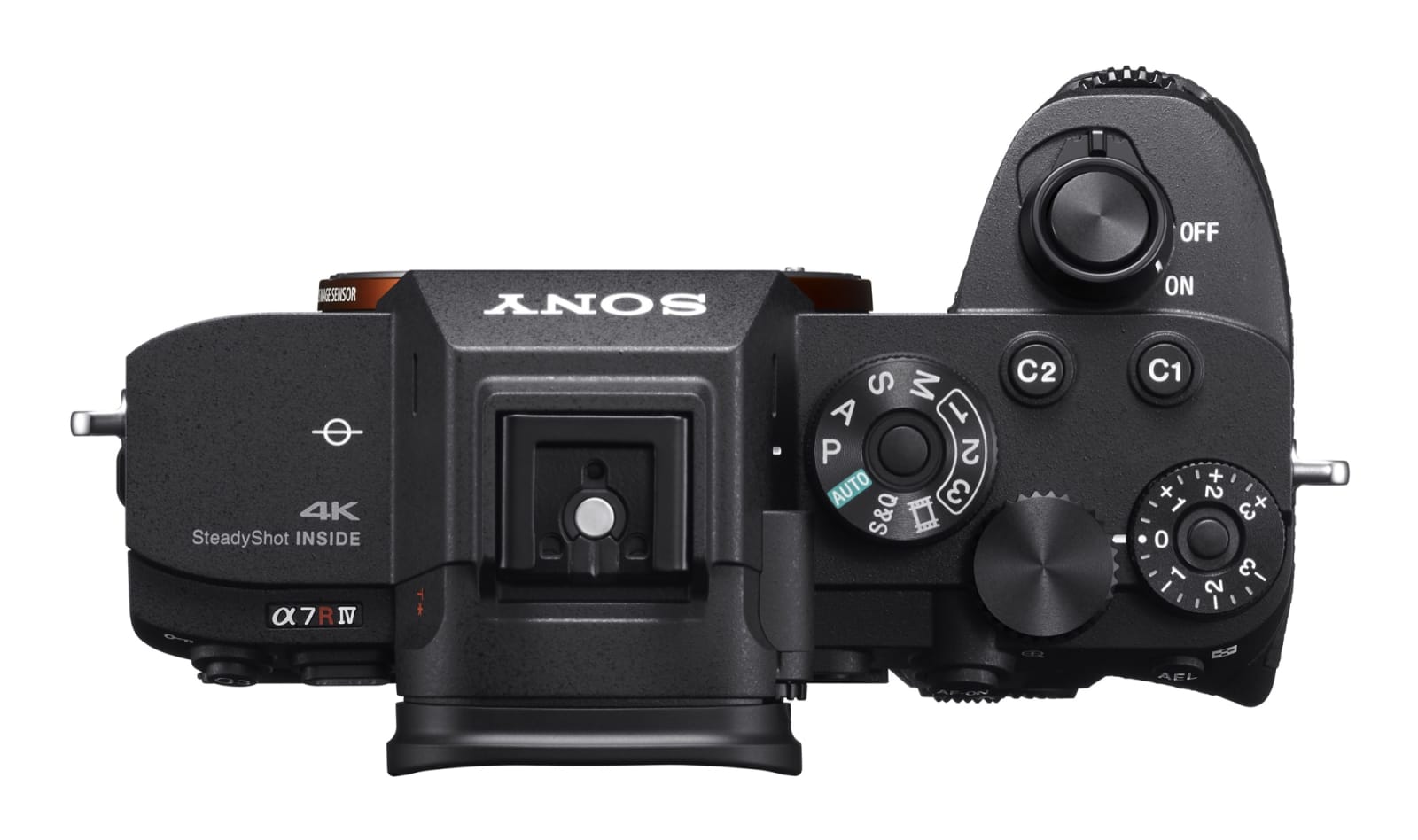 For video, it can handle 4K at 30 fps (1080p at 120 fps), with S-Log 2/3 capability, HDR recording and no pixel binning in Super 35mm mode. What's more, the A7R IV supports real time Eye AF in movie mode, making it the first Sony camera with this capability. You also get touch tracking functionality, letting you shift focus from one subject to another by selecting them on the display.

You can capture 4K using the full width of the sensor, but like the A7R III, it does so withsignificant pixel binning. It doesn't support 10-bit 4K recording either internally or via the HDMI output, so it's behind other models from Fujifilm, Panasonic and Nikon in that regard. That notable omission is a sign that Sony is still protecting its professional video camera market.

Another first for video: The Sony A7R IV has an all-new Multi Interface Shoe, allowing a digital connection from the $350 ECM-B1M shotgun microphone or $600 XLR-K3M XLR adaptor kit. With the latter, you can not only adjust levels directly on the mic, but change the relative directionality on the new mic (shotgun to omni), thanks to the eight mic capsules and an advanced digital signal processor.

Other features include faster data transfer via USB-C 3.2 Gen 1 and WiFi, dual UHS II SD card slots, an upgraded grip and dust & moisture resistance. Sony noted that it now has 52 native lenses, so there's no lack of glass -- not including third party models. Delivery is set for September, and the price looks pretty fair for what it is: $3,500 US ($4,500 Canadian), about $200 more than the A7R III was at launch. For more battery life, you can pick up a new vertical grip in October for $600.

All products recommended by Engadget are selected by our editorial team, independent of our parent company. Some of our stories include affiliate links. If you buy something through one of these links, we may earn an affiliate commission. All prices are correct at the time of publishing.
View All Comments
Sony's A7R Mark IV mirrorless camera packs a 61-megapixel sensor