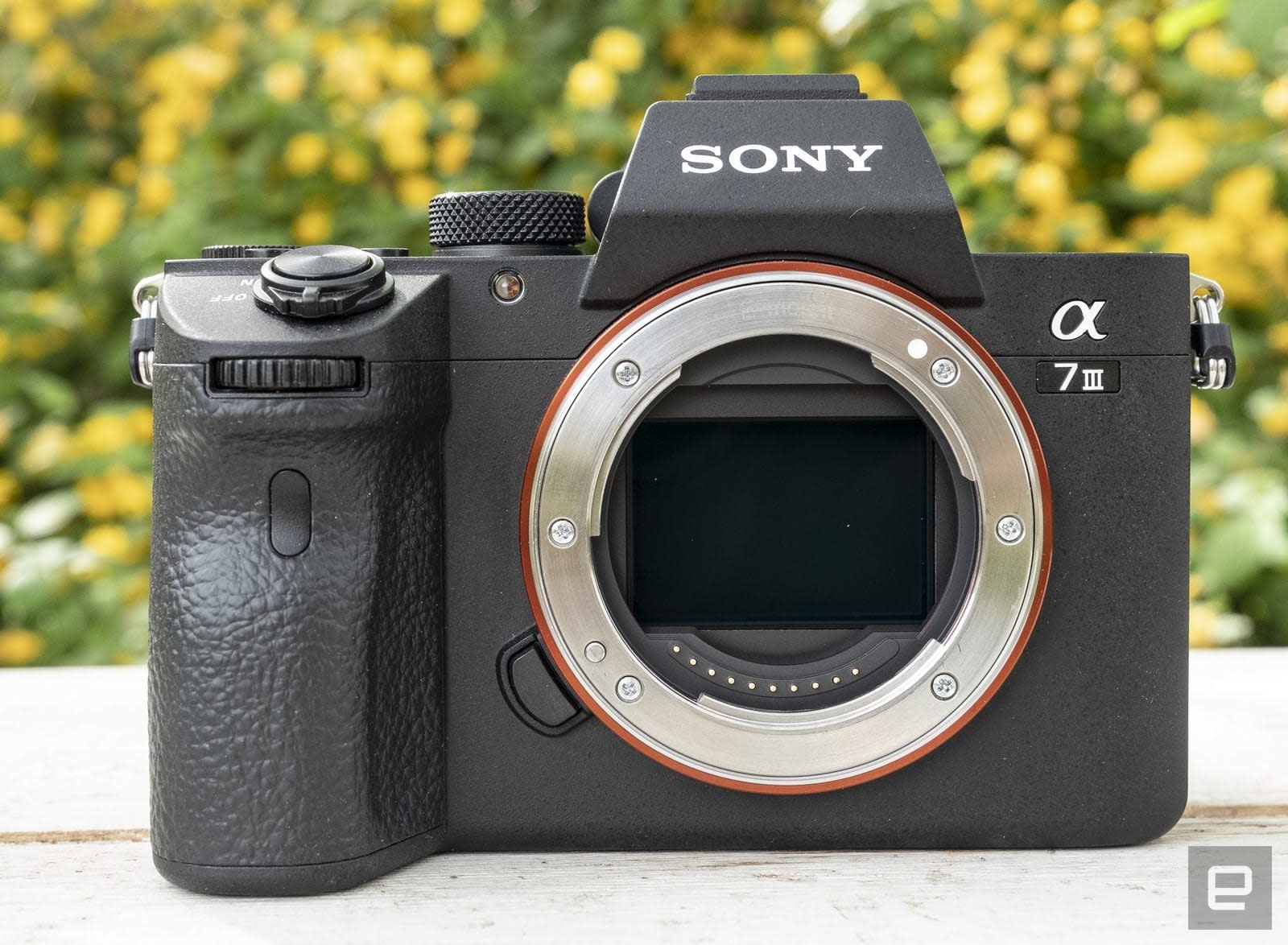 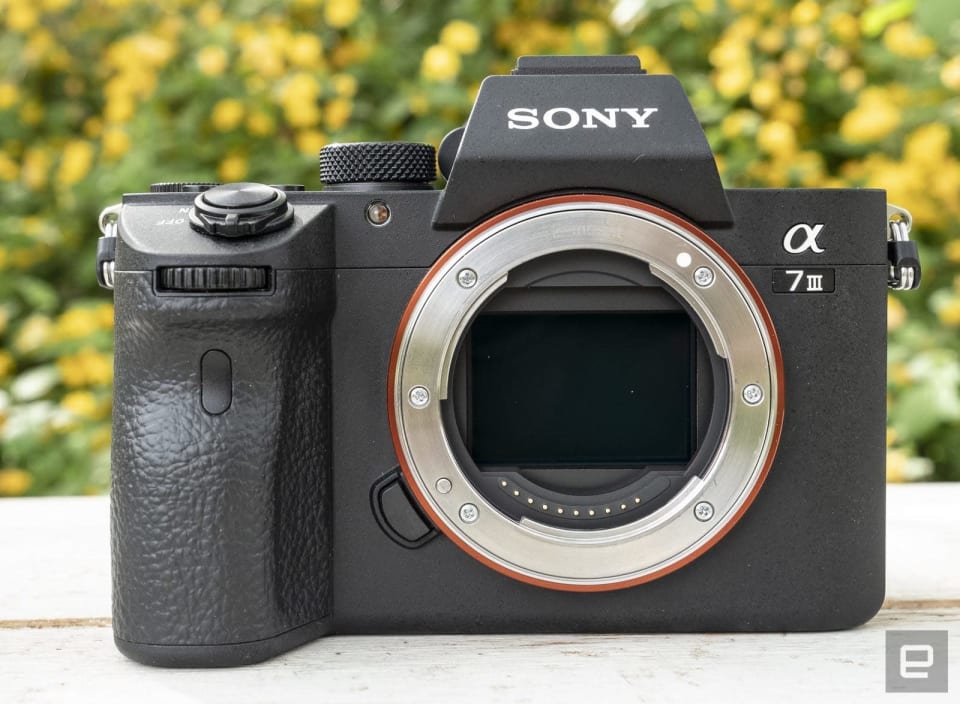 Before Canon and Nikon even launched their all-new full-frame mirrorless camera systems, I figured they'd have a tough time against the entrenched leader, Sony. They needed to be very aggressive with the pricing and features, something neither company tends to do. But the opportunity was there. Both were building all-new camera systems from scratch, so they could examine what made Sony's stellar A7 III and A7R III cameras successful and then try to do better.

Canon's EOS R and EOS RP, and Nikon's Z 6 and Z 7 have now been on sale for a few months, so what's the verdict? Well, the market has spoken loud and clear. At least in Japan, the home market of all these companies, the Sony A7 III is the clear leader in sales while Canon and Nikon have dropped. So what went wrong? After testing all the cameras, I believe it's a tale of Sony's technological superiority and missed opportunities by its rivals, especially Canon.

Canon had a great chance to bring back photographers who were tempted by Sony's A7 III. Its existing excellent Dual Pixel autofocus is actually superior to Sony's own hybrid phase-detect system in many ways, especially when it comes to video. And Canon had the opportunity to build a tough mirrorless camera that handled like its well-regarded DSLRs, as ergonomics and build quality are some of the few knocks against the A7 III.

I figured that while Canon wasn't likely to match Sony's uncanny eye autofocus system, Dual Pixel would give it an edge in video while making it competitive for photos. I had hoped it would match the A7 III spec-wise with in-body stabilization, dual card slots and full-sensor 4K video. And it could have even bested Sony by offering 10-bit, 4:2:2 video. 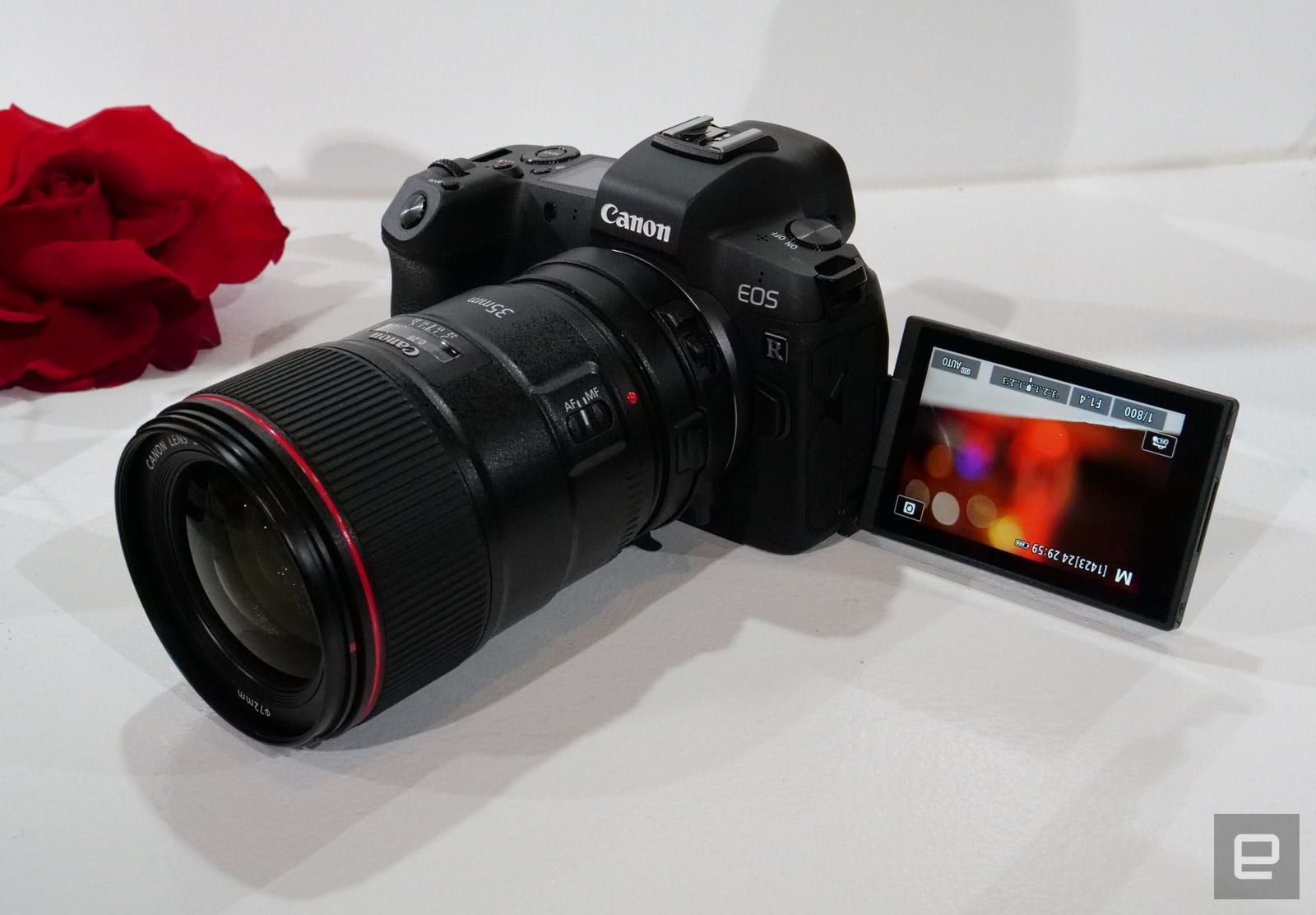 So what happened? Well, it released the EOS R, and it was a minor disaster. Sure, the new RF mount system was, on paper, technically superior to Sony's EF mount and the first lenses were excellent, though expensive. Canon offers three optional adapters ranging from $100 to $400 for its wide range of EF lenses. And it built a camera that was more appropriate for professional use, with a bigger, meatier grip, flip-around screen, 10-bit external video and a superior EVF.

It failed severely in other areas, though. The EOS R cropped 4K video by 1.8 times, nearly turning it into a Micro Four Thirds camera at that resolution. That eliminates all the benefits of full-frame, like shallow depth of field and superior low-light capability. It's hard to understand why Canon made this decision, but it's likely that its sensor and processor was just not up to the job.

Another huge issue the lack of in-body stabilization. Considering the size of the body, Canon should have been able to fit in a nice five-axis in-body system. It's very much needed on the camera, because three of the best native lenses (the RF 50mm f/1.2, RF 85mm f/1.2 and RF 27-70mm f/2.0) don't have optical stabilization.To make matters worse, it has terrible rolling shutter, so combined with the lack of stabilization, it's not a good handheld camera for both vloggers and other video shooters.

It also lacks the dual card slots I had hoped for (and that you'd expect in this price range), and while it feels great in hand, handling is compromised by the weird touchpad Canon used instead of a joystick. Shooting speeds aren't that great, the eye/Face AF system is unreliable, and the Dual Pixel AF system isn't up to snuff for video compared to other Canon models. To top it off, the EOS R costs $2,300, $300 more than the A7 III.

Canon and Sony lack the incentive to add high-end video features to their mirrorless cameras, as that could cannibalize their professional video divisions. However, Nikon has no such constraint, so I was really hoping that it would try to outdo Sony with features like professional 10-bit 4K video recording. I also wanted to see good ergonomics, a 24-megapixel sensor, phase-detect AF, high ISO capability and fast shooting speeds.

Here's the interesting thing. Nikon did deliver those features with the Z6 and Z7, for the most part. In my review, I called the Z6 the best full-frame mirrorless camera for video, thanks to the full-sensor oversampled 4K video, 10-bit 4:2:2 external output, well-controlled rolling shutter and microphone/headphone jacks.

It also offers excellent image quality, even in low-light and faster shooting speeds than the EOS R. It has a very effective in-body stabilization system, minimal rolling shutter and excellent ergonomics, effectively nailing my wishlist. Nikon offers a better choice of affordable glass than Canon, and the new mount will allow it to build incredible lenses, like the upcoming Nikkor Noct 58mm.

Finally, Nikon recently released a new firmware update that added eye autofocus and improved performance, no doubt making buyers feel a lot better about their investment. As for downsides, there are just a few, specifically the single card slot and autofocus performance that's still not quite up to par.

Why Sony is still winning

Camera sales are impacted by all kinds of factors, like market saturation -- there are now four full-frame mirrorless systems, after -- better smartphone cameras and more. However, I believe there are a few reasons why Sony is still beating its main rivals.

First off, Canon, which had the best chance of unseating Sony, simply didn't do enough. The EOS R, (and subsequently, the EOS RP), are missing features they should absolutely have, like in-body stabilization, full-frame 4K video and dual card slots. Since Sony is the entrenched player and has two very well-reviewed cameras (the A7 III and A7R III), Canon should have tried to beat it.t didn't even come close.

As for Nikon, the Z7 and, especially, the Z6, are both strong cameras. On top of that, Nikon recently released a firmware update that adds eye autofocus to both cameras, while boosting AF speed and accuracy.

But unfortunately, as many reviewers discovered, Sony's autofocus system is miles ahead of both Nikon and Canon. Sony has a very powerful advantage because it builds its own sensors and electronics, and has more expertise in designing autofocus software, too. It's painfully clear just how far behind Canon's sensors and processors are, judging by the lack of full-frame 4K, awful rolling shutter and slowish autofocus speeds.

Even Nikon, which did its best to match the A7 III and A7R III feature for feature, couldn't build an autofocus system that's close to matching what Sony has. Meanwhile, Sony keeps innovating, as it has shown with the incredible new autofocus system on the APS-C A6400. That system is bound to show up on its next-generation A7 IV cameras, which will leap even further ahead of its rivals. Sony is also bound to respond to its competitors with its next-generation cameras.

As it stands now, Canon and Nikon have failed to surpass Sony with their latest models, and risk falling further behind the next generation of A7 cameras. If they can't find a way to keep up in the technical race, they'll be left fighting over Sony's scraps in an increasingly shrinking mirrorless camera market.

In this article: cameras, canon, CanonEOSR, comparison, editorial, Full-frame, gear, Mirrorless, nikon, NikonZ6, sony, SonyA7III, thebuyersguide
All products recommended by Engadget are selected by our editorial team, independent of our parent company. Some of our stories include affiliate links. If you buy something through one of these links, we may earn an affiliate commission.