Can Nikon and Canon ever catch up with Sony’s mirrorless cameras?

Sony’s ‘entry-level’ A7 III put its rivals in a bind.

Canon and Nikon are under pressure. As if they weren't already far enough behind in mirrorless cameras, Sony just launched the A7 III, which I called a "near-perfect all-around camera" in my review. It might come as a relief, then, to die-hard fans of those aforementioned camera companies that both are readying their own much-anticipated full-frame mirrorless models for as soon as this September. A prototype Canon model is reportedly already in the hands of select professionals, and Nikon told NHK it will bring a model to market by spring of 2019.

A new mirrorless (or full-frame) model won't be enough. To compete, they'll have to be very aggressive with features and prices for the new cameras -- and that would be out of character for Canon and Nikon. Both are highly conservative and have lucrative DSLR lineups they won't want to cannibalize. But to compete against Sony's increasingly polished cameras, they have no choice.

What to expect and not expect from Nikon and Canon 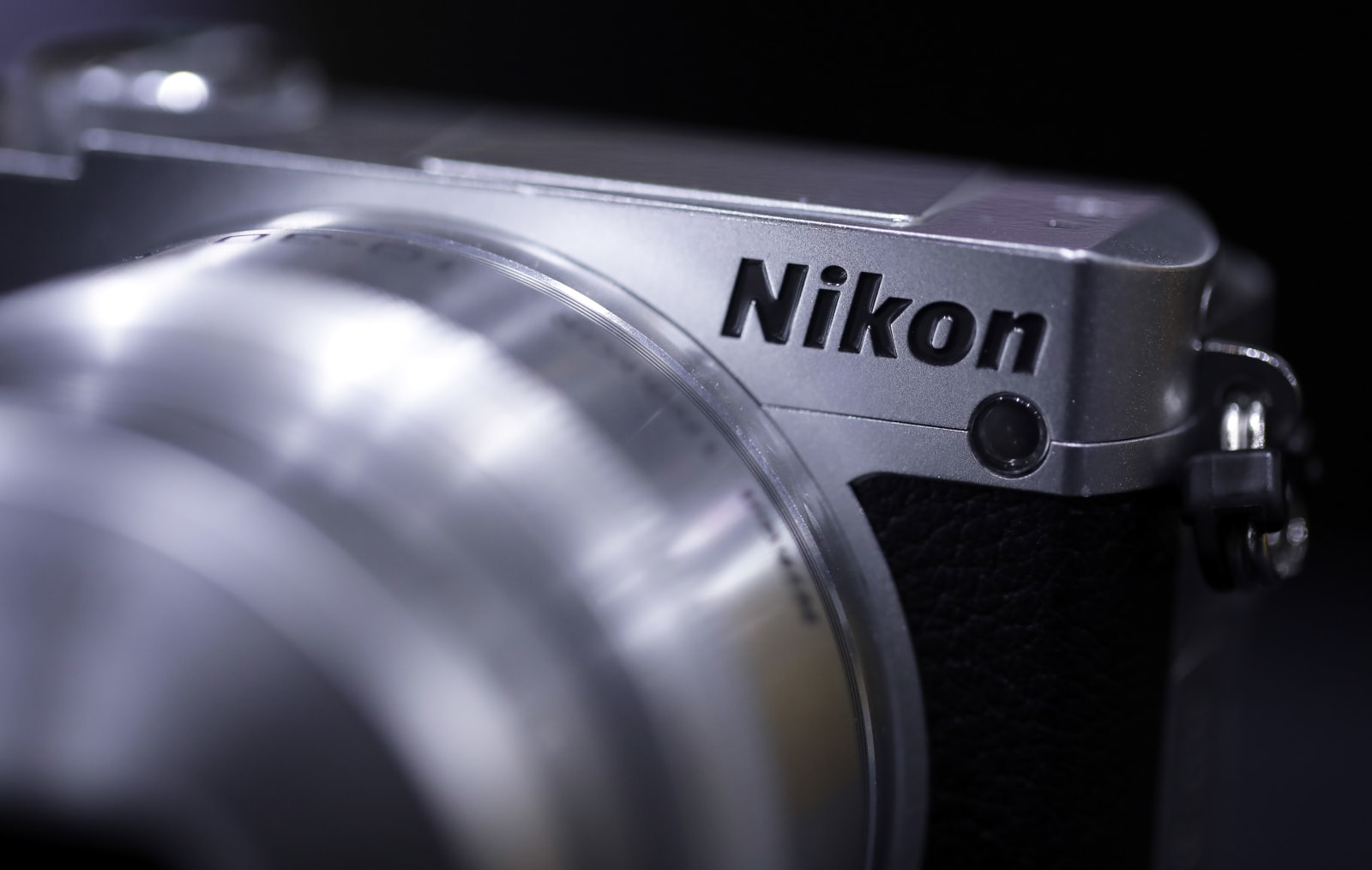 Other than that they will have full-frame sensors, not much is known about the incoming mirrorless cameras from Nikon and Canon. Both will no doubt be high-end models, given the sensors, so you can probably expect prices of upwards of $2,000.

According to Nikon Rumors, the Nikon model will have a price and sensor resolution that roughly match Sony's A7 III (24 megapixels and a $2,000 price tag). It's also reportedly developing a new full-frame mirrorless lens system called the Z-mount and is working on a "very sophisticated" adapter for its current, deep DSLR F-mount lens lineup. Nikon could release the camera with two or three Z-mount lenses at Photokina and unveil another batch of lenses several months later.

Canon's full-frame camera, meanwhile, is supposedly also coming in September, but it will be a video-centric model, not unlike Sony's A7S II or the Panasonic GH5s. Canon Rumors believes it will not be part of the EOS system, and that it will shoot 4K at up to 30 fps. As you'd expect, it would have Canon's stellar dual-pixel phase-detect autofocus system, still the best on the market for video.

All that is speculation, as both companies are keeping the models under wraps, and no specs or images have leaked. It's likely that neither will want to cannibalize its flagship DSLR model (the Canon 5D Mark IV and Nikon D850), so don't expect to see a high-resolution model like Sony's 42.2-megapixel A7R III. It's also worth noting that if Nikon and Canon both release full-frame cameras at the same time, they'll be competing with each other and not just with Sony.

Given the rumors, it looks like Nikon and Canon are developing new lens mounts for their full-frame mirrorless systems. While they could use their existing DSLR lens mounts, which support hundreds of existing lenses, there are good reasons not to do that. Namely, a purpose-built mirrorless system, with a shorter distance between the lens and sensor (you don't need the space for a mirror) would support smaller and lighter lenses. Given that mirrorless cameras are already lighter than DSLRs, that would make them more attractive for tourism and street photography.

An uphill battle, an entrenched opponent Both Nikon and Canon have inglorious mirrorless histories. Nikon unveiled the unpopular 1-inch-sensor Nikon 1 series in 2011, then effectively abandoned it, though it still sells some models. Canon, meanwhile, launched its EOS-M series in 2012 with the unremarkable EOS-M (above), but it has gradually improved the lineup. The most recent EOS M50 model has decent 10 fps shooting speeds and 4K video, although with serious cropping on the latter.

Back in 2012, both companies were cleaning up on DSLRs, and mirrorless cameras represented just 20 percent of the market, which might explain why they didn't take it very seriously. Perhaps seeing an opening and the market potential, Sony launched its NEX APS-C (now Alpha) series, which was far superior to anything Nikon and Canon had, going all in on the category. Popular models like the NEX-3N and NEX-7 also paved the way for stellar APS-C cameras like the Alpha A6500 (below).

Fast-forward to 2018 and mirrorless cameras represent 35 percent of the entire interchangeable-lens market. At the same time, camera sales (both mirrorless and DSLR) have fallen 25 percent since 2011. With a smaller pie and a smaller slice of DSLR, plus astonishingly good smartphone imaging that's destroying compact cameras, Canon and Nikon need to act. To catch up to Sony, Canon and Nikon will need to innovate fast, and neither has a great record there. Rather, they tend to release new products and features slowly to maximize the profits from existing models.

If those lens-mount rumors are correct, both companies will need to develop new lens lineups from scratch. Sony, meanwhile, already has 50 prime lenses and 13 zooms for its full-frame FE series, not counting its APS-C and DSLR-like lenses.

Making things even tougher, Nikon and Canon depend on Sony to a certain extent, because it's the world's largest sensor and EVF module manufacturer. Sony has supplied sensors to Nikon in the past, and it just unveiled a high-resolution 5.6-million-dot EVF that's 60 percent sharper than any current model. Canon, at least, is now developing its own sensors, including some crazy ones, so it's less dependent on Sony. If they decide to use any Sony parts on their mirrorless models, though, they'll be at an economic disadvantage.

What they need to deliver 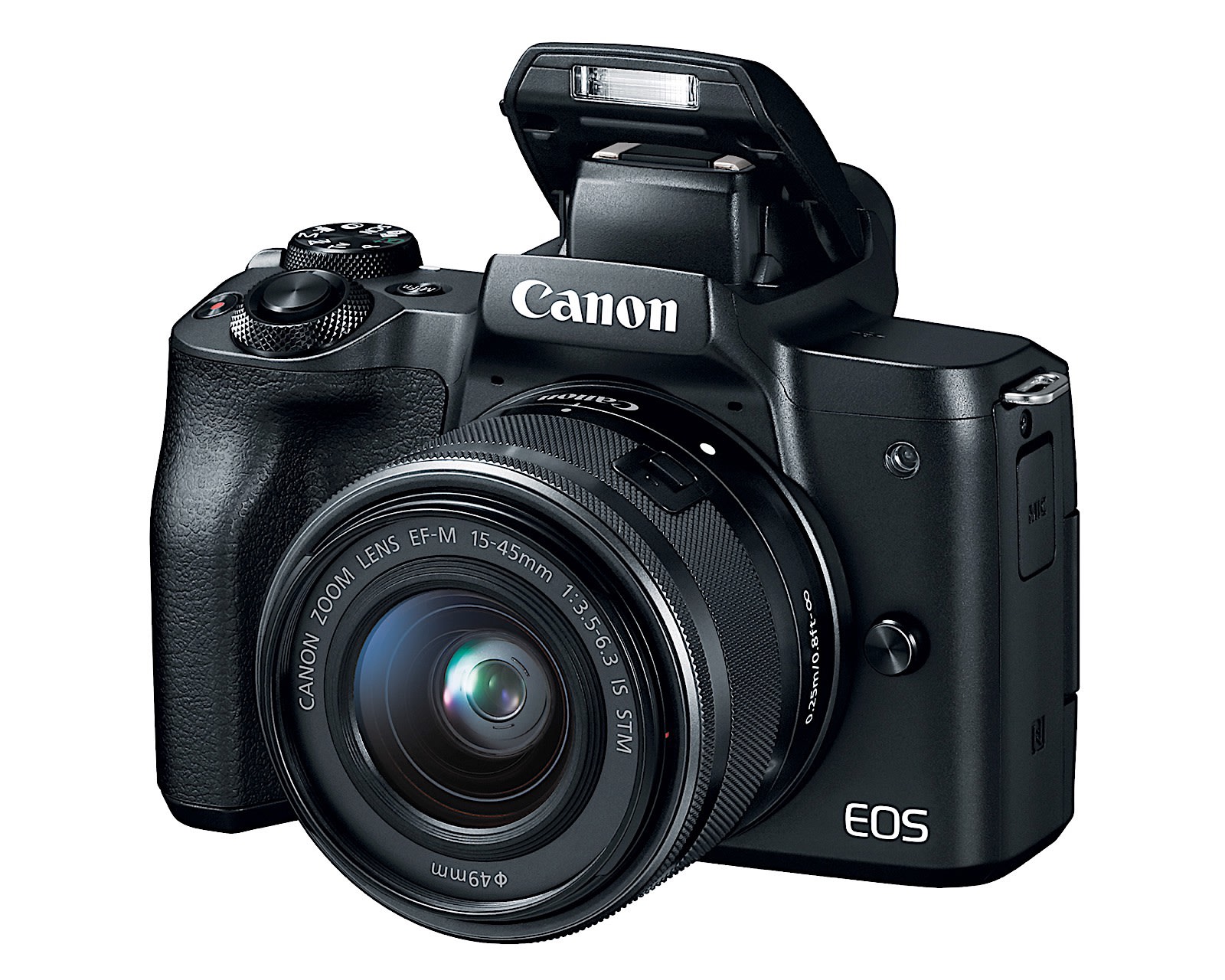 Despite the bleak scenario I've painted, Canon is still the interchangeable-lens camera sales leader by a good margin in Japan, the US and Europe. And thanks to strong sales of its D850, which is far and away the best-rated DSLR on the market, Nikon has also seen decent success of late.

They also effectively own the professional market. Sony hasn't made a big dent there yet, because its mirrorless models are considered too fragile and hard to handle for journalists and wildlife and fashion photographers. Both also still have a strong presence in the high-end prosumer market, because dedicated users have large collections of Canon EF and Nikon F-mount lenses.

Nikon and Canon are at least waking up to the reality of their DSLR-dependence. Canon chairman and CEO Fujio Mitarai recently admitted to Nikkei Asian Review that his company is "lagging behind" other companies, technology-wise, and is planning to push harder on cutting-edge features. Nikon says its mirrorless model is coming along at a rapid pace, and Sony itself is expecting high-tech full-frame models from both its main rivals.

If Canon is building a video-centric full-frame camera and if it's well executed, it could actually tear a strip off of Sony's market share. As mentioned, its dual-pixel autofocus system is phenomenally good for video and live-view photography, and is especially beloved by one-man-band videographers and vloggers, since it will nail focus with no assistant needed.

Here's my wish list for Canon: A $2,000-to-$2,500 camera packing at least 4K 30 fps video with a full-sensor readout, vlogger-friendly dual-pixel AF and a flippable rear touchscreen and good low-light sensitivity, all in a Sony A7S II–size form factor. As with that model, a 10-to-12-megapixel sensor would be fine for video and occasional photography. Ideally, it would offer Panasonic GH5s–type 10-bit internal 4K recording at high bit rates.

Canon is unlikely to do the latter, though, as it has an established and lucrative professional video camera market, with a lineup of successful (and expensive) models like the C100 Mark II, the C200 and the $33,000 C700 FF model. If it released a full-frame consumer camera with better video features, sales of those models might shrink. (Then again, Panasonic didn't worry about its own professional lineup when it released the GH5s.) Meanwhile, Nikon could capitalize on the success of the D850 by building a scaled-down mirrorless version. What I'd like to see is a model with a 24-megapixel sensor, phase-detect AF for video and audio, high ISO capability, fast shooting speeds and at least 4K 30p video with a full sensor readout.

I think Nikon could and should up the ante on Sony, however. Why not surprise everyone with more capable video features like 10-bit internal 4K recording? Nikon doesn't have a professional video division to cannibalize, so it has no reason not to chase video camera customers much more aggressively than it has so far.

With the world's biggest camera show approaching, I'll be very curious to see what Nikon and Canon deliver, if they do unveil mirrorless cameras, as expected. I don't have high expectations. They both have reputations, Nikon particularly so, for risk-free, staid development that won't turn off their fan base or jeopardize profits.

However, people who love those brands are getting impatient with the pace of development, particularly when they see Sony throwing caution to the wind. If the new products are dull and don't measure up, Nikon and Canon are likely to struggle even more. Worse, the companies' professional users might decide to quit DSLRs and plunge into Sony's mirrorless world to get more features for less money.

If they do deliver, we could finally see some decent mirrorless competition that benefits consumers. If not, Sony isn't sitting on its haunches. It will keep upping the ante and tighten its already iron grip on the mirrorless market.