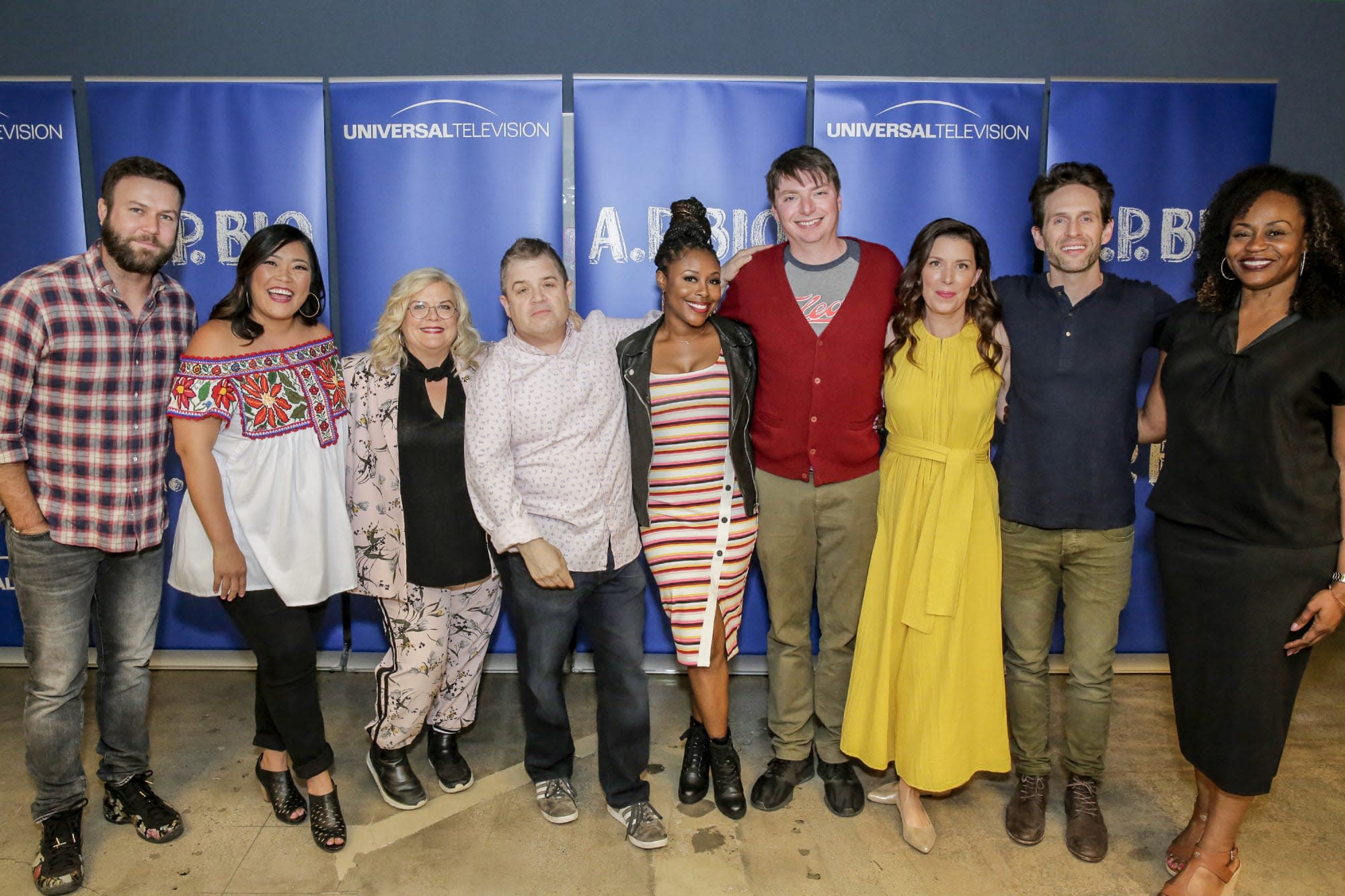 Dropping A.P. Bio is never a good idea. NBC has approved the Lorne Michaels-produced comedy for a third season -- but will feature it exclusively on its upcoming streaming platform, according to The Hollywood Reporter. The network just last month elected to cancel the half-hour sitcom starring Glenn Howerton and Patton Oswalt, much to the despair of its fans and creators. The show, which tells the story of a hapless high school biology teacher and his class of high-achieving misfits, performed well on digital but drew only lukewarm ratings on broadcast TV.

"I'm so overwhelmed by the outpouring of support from the fans," said showrunner Mike O'Brien to THR. "The cast and I are thrilled that we get to make more and I'm excited to work with the NBCU streaming platform." With its renewal, A.P. Bio earns the distinction of becoming the first canceled broadcast television show to get a new life on the network's own streaming platform. While streaming services like Hulu and Netflix were once seen as viable homes for canceled cable TV shows, recent cancellation sprees seem to suggest otherwise. Reverting A.P. Bio to streaming-only seems to suggest that NBC understands the show's potential to do well -- but perhaps with a specific audience.

A.P. Bio is the first scripted comedy series secured by NBCUniversal's streaming platform, which is expected to debut sometime in 2020. The still unnamed service will be free to cable subscribers and feature entire catalogs of network hits like The Office. Given that A.P. Bio already had a strong digital performance with the 18-34 demographic, it may fare better on the new streaming service.

In this article: ap bio, av, business, entertainment, NbcUniversal, patton oswalt, streaming
All products recommended by Engadget are selected by our editorial team, independent of our parent company. Some of our stories include affiliate links. If you buy something through one of these links, we may earn an affiliate commission.