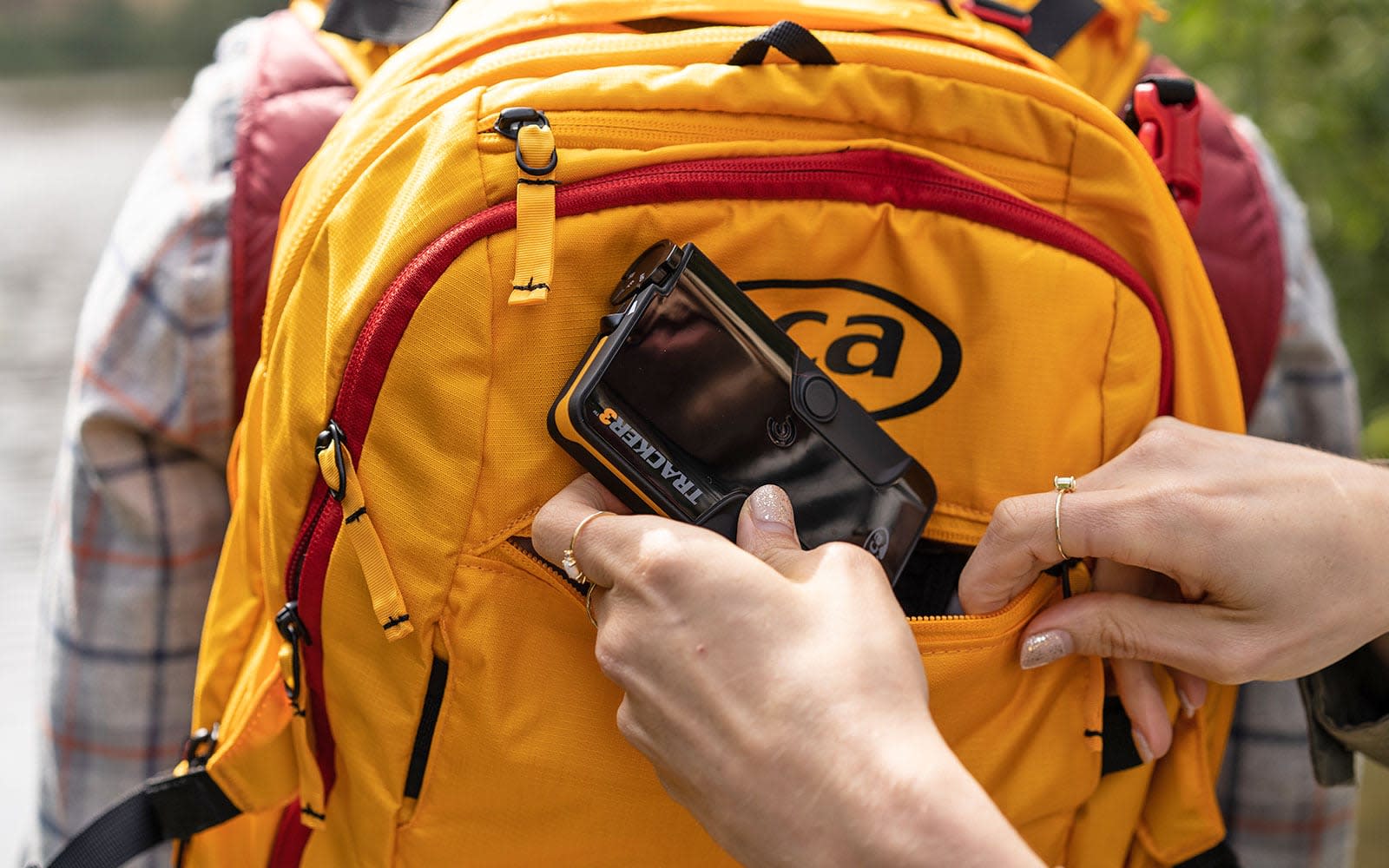 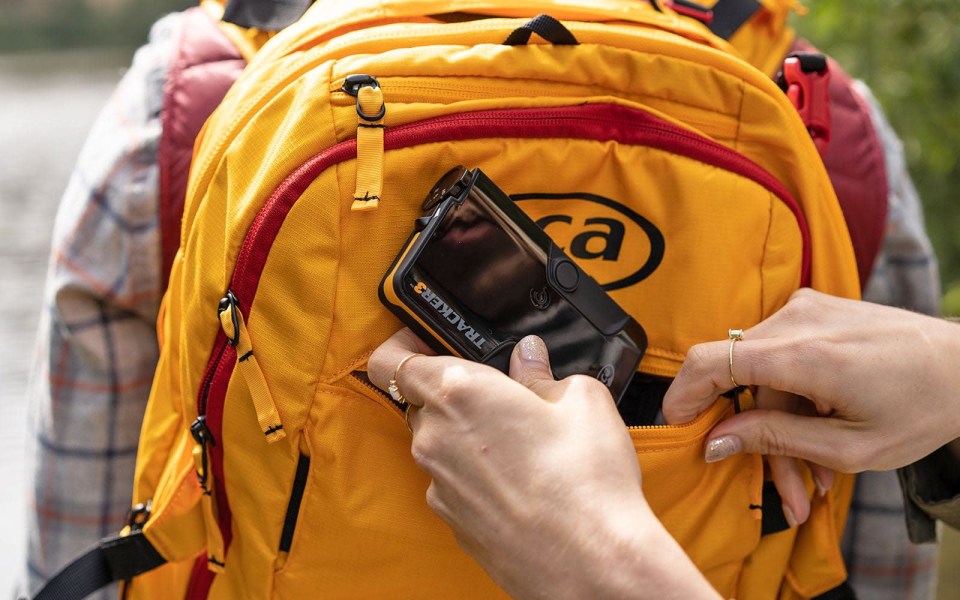 Look, nature is beautiful. It's fun. But it can also be unpredictable and dangerous. And while I highly encourage you to head in to the great outdoors as often as possible, you should only do so if you're prepared for an emergency. Obviously you need to be physically and mentally ready -- you shouldn't be trying to through hike the Appalachian Trail if you can't shoulder a 30-pound bag for six-plus hours a day, and you shouldn't be trying to ski isolated slopes if you just finished your first lesson. Fortunately there's plenty of gear out there you can carry with you, just in case the worst happens.

According to National Geographic there were 46,609 search and rescue operations in US National Parks alone between 2004 and 2014. So, first and foremost, anytime you venture out into unfamiliar territory, you need to know where you are. This means a map and a compass are essential. Honestly, almost any compass will do, so we'll skip any particular recommendations there.

The other thing you absolutely need anytime you're exploring nature is a first-aid kit. It's easy enough to assemble one yourself and toss it in a Ziploc bag (my preferred method). But if you'd rather just grab something off the shelf I can wholeheartedly recommend Adventure Medical Kits Ultralight/Watertight .7. It's super lightweight and comes in its own waterproof bag. Despite its size, there's enough in there to tackle most medical emergencies for a few days, including bandages, antibiotic ointment, tweezers and duct tape.

The other important things you'll need are a source of light and fire -- and there are plenty of options for both. We recommend a headlamp that runs on standard AAA batteries (rather than a rechargeable model) for emergencies, like the Black Diamond 325 Spot. It's affordable, waterproof and generally regarded as one of the best headlamps on the market. Plus, in low-power mode it'll last up to 200 hours on a single set of batteries.

As for fire: A lighter and matches are great. But even better in an emergency is a striker like this dirt-cheap magnesium one from Coghlan. Pair that with some form of pre-made fire-starter or tinder and you'll be able to get a roaring blaze going almost anywhere.

Alright. But what about the fancy gadgets that can save your life?

Well, chances are you're carrying one of them with you right now -- your smartphone. If you've got service, obviously you can call for help or even share your exact location using GPS. Not to mention it probably has a flashlight. But there are also apps you can download, like the Red Cross First Aid and Offline Survival Manual, that could help you make it out of a dangerous situation.

Of course, one of the downsides of relying on your phone is that its battery will eventually run out. And likely sooner rather than later (or, at least it might feel that way). This problem is solved easily enough with a backup battery, preferably one that can be refilled while on the go. The EasyAcc 24000mAh Rugged Outdoor Solar Power Bank has an absolutely enormous well of energy, and even if you drain it completely, simply leave it out in the sun for a little extra juice. Plus, it's incredibly rugged and waterproof, which means no matter the emergency it should come out unscathed.

If you're somewhere without cell service though, you might want to pack a locator beacon. The ResQLink 400 from ACR Electronics is a no nonsense device that will guide rescuers to you anywhere on the planet. It's buoyant so you don't have to worry about it getting wet, works on GPS and Galileo GNSS networks, plus it can use both 406 Mhz and 121.5 Mhz bands to help search teams home in on your location once close. And, if that's not enough, the built-in strobes (regular and infrared) will make sure you're visible in even the worst conditions. The best part, though, is that unlike some other locator beacons, the ResQLink doesn't require a subscription.

Garmin's inReach Mini does require a subscription, but it offers more than the ResQLink. It's not just a locator beacon; it can also send an SOS to any monitoring station. What's more it can send and receive text messages even where there's no cellphone coverage via the Iridium satellite network. Plus, if you pair it with the Earthmate app, it can access data from maps and NOAA charts, and you can even have a weather forecast sent to you daily.

If you're more concerned with getting information like weather alerts (say if you're backpacking in tornado country) than you are contacting the outside world, then you'll want a crank radio like the Midland ER310. It'll pull in AM and FM stations, but also NOAA weather alerts. It also has a flashlight and can charge a phone or other USB-powered device using either the hand crank or the small solar panel.

One place those won't help you very much though, is buried under several feet of snow. So if you're a skier, mountaineer, or spend a lot of your time hiking in the shadow of snow-covered slopes, an avalanche transceiver is a must have. The Backcountry Access Tracker 3 is easily pocketable and makes it much more likely that you'll be found in the event of an avalanche by broadcasting a locator beacon on the required 457 kHz band. Just as important, it can be used to locate other trackers, which means if your friend gets buried you don't have to wait for a rescue team to find them and dig them out.

Buy Tracker 3 at Amazon starting at $278

Another way to increase your chances of survival if you prefer snow-bound sports is to don an avalanche airbag. Unlike a car airbag, which is designed to cushion the blow (though these can do that too), an avalanche airbag is supposed to make you more buoyant. That means if you do get buried under a rushing river of snow you might end up closer to the surface. The Float 32 from Backcountry Access strikes the right balance between price, weight and life-saving features. It's routinely rated among the best, and Outdoor Gearlab called it a best buy.

If whatever emergency has befallen you leaves you stranded for days on end, then you'll also need to find food and water. While there are plenty of options for purifying water, from UV lights to chlorine tablets or boiling, one of the most streamlined is the LifeStraw. It's small, reusable and will let you drink straight for a water source -- even if it's just a deep puddle.

At the end of the day, there's no replacement for being physically and mentally prepared for the challenges of the great outdoors. But part of being mentally prepared is knowing when your wits alone aren't enough and getting the right gear to help you in the event of an emergency.