After decades of speculation and nearly endless teasing, Chevrolet has unveiled the long-awaited mid-engined Corvette. Scheduled to begin production later this year, the 2020 Stingray brings the "fastest 0-60 time of any entry Corvette ever" -- with a starting price promised under $60,000 and a right hand-drive version -- thanks to a naturally aspirated 6.2L V8 engine capable of 495 HP. We'll leave the performance breakdown and peeks at the engine compartment's "jewel-like setting" to Autoblog, but there's some new tech inside that frame too.

Chevrolet calls its interior a "driver-centric cockpit," and for the first time the Corvette has a fully digital instrument cluster. That's in addition to the high-res infotainment screen with Android Auto, Apple CarPlay and optional 4G LTE connection. The Performance Data Recorder / Valet Mode system it added in 2014 has been updated for high resolution 1080p recording, plus it allows the driver to create custom point-to-point road courses and compare performance between different trips over the route automatically.

This is the first Chevy with "one-touch" Bluetooth pairing, plus NFC and wireless charging in a pocket between the two seats. As a new car in 2019, it has voice recognition that learns, improved real-time traffic info and a new tire fill alert for the driver. 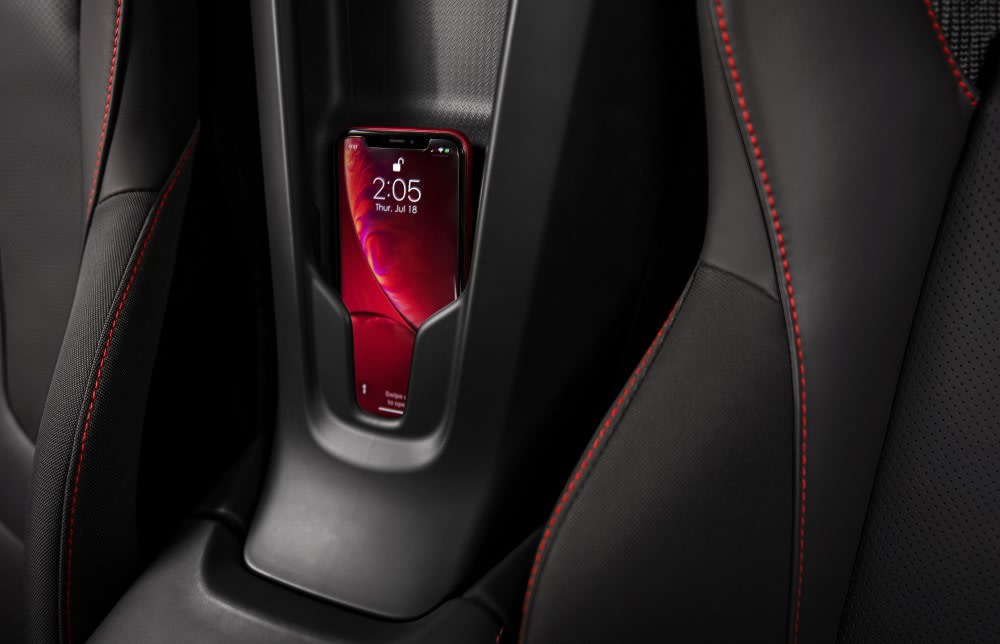 A Magnetic Ride Control 4.0 responds faster and reads the road better, while the front suspension lift can push the nose up by 40mm in under three seconds. It will work at speeds up to 24 MPH, and in order to clear pesky speedbumps, potholes or driveways it can even remember problematic locations based on GPS and adjust automatically.

Like the 2020 Cadillac CT5, this will be one of the first GM models built on its new "digital vehicle platform" that is supposed to minimize wiring, speed up signal transmission and allow for over-the-air updates that improve the vehicle's capabilities. It's added two more driver mode options, with a "Z mode" named after the famous performance packages that adds tweaking of the engine and transmission response, plus My Mode, which is configurable and can link the personalized settings to an individual key fob.

After years of waiting, the C8 Corvette is finally real, but we'll have to wait for some seat time to know how well it continues the model's legacy.

All products recommended by Engadget are selected by our editorial team, independent of our parent company. Some of our stories include affiliate links. If you buy something through one of these links, we may earn an affiliate commission. All prices are correct at the time of publishing.
2020 Corvette moves the engine back and adds over-the-air updates
2020 Corvette Stingray
Chevrolet
Corvette
gear
GM
mid-engine
Performance Data Recorder
transportation
Valet Mode