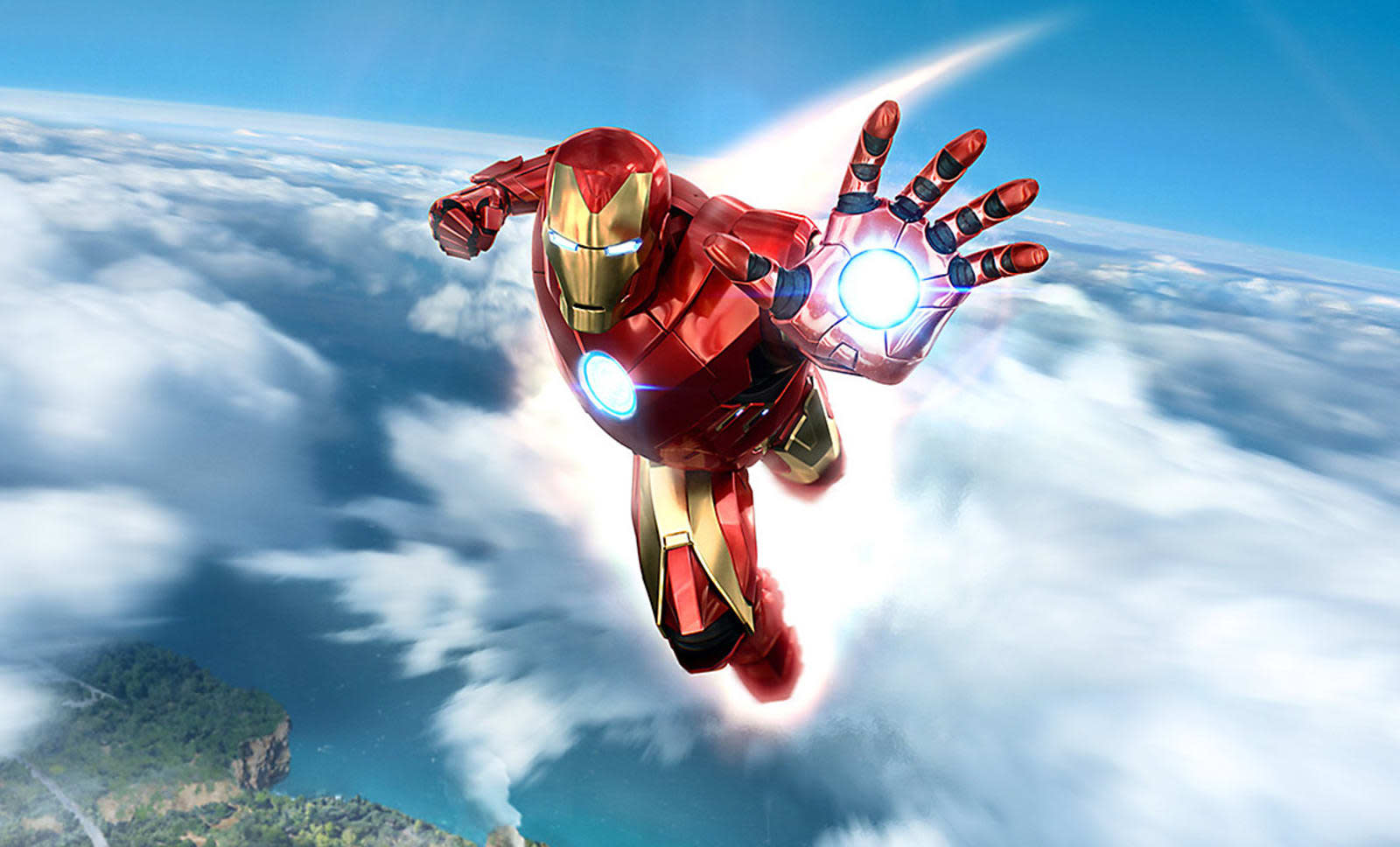 Gamers have been eagerly awaiting Marvel's Iron Man VR game since a hands-on demo was made available in February, and now more details have been revealed about the upcoming title. Developer Camouflaj talked to PlayStation Blog during San Diego Comic Con to discuss how it took on both the game's biggest challenge and biggest selling point: flying in VR.

The aim was to make flying feel "wildly fun and liberating" using a combination of technical elements. The most important factor was flight that felt natural. To achieve that, movements have to adhere to the rules of physics. So for each frame, the game calculates "up to a dozen forces, such as thrust, drag and gravity" to make the path through the air feel believable.

Conserving forward momentum is also key, so that players can see the effects of forward motion when banking into steep turns or participating in dog fights.

We're not all Tony Stark-level geniuses though, so there are also systems in place to make flying easier. There are invisible "bumpers" like the ones in the gutters of bowling alleys which cushion players from buildings and other hard edges. And if you crash into something at full speed, the bumpers will soften your collision.

The VR experience comes with its own suit AI too, although it's not quite as personable as J.A.R.V.I.S. The contextual suit settings will detect whether the player is performing precision maneuvers requiring a lower speed or whether they're kicking off with full-throttle speed and adjust accordingly.

The game doesn't have a release date yet, but expect more details to be made available in the next few months.

In this article: flying, gaming, Iron Man, Marvel, personal computing, personalcomputing, PlayStation, SDCC2019, sony, VR
All products recommended by Engadget are selected by our editorial team, independent of our parent company. Some of our stories include affiliate links. If you buy something through one of these links, we may earn an affiliate commission.