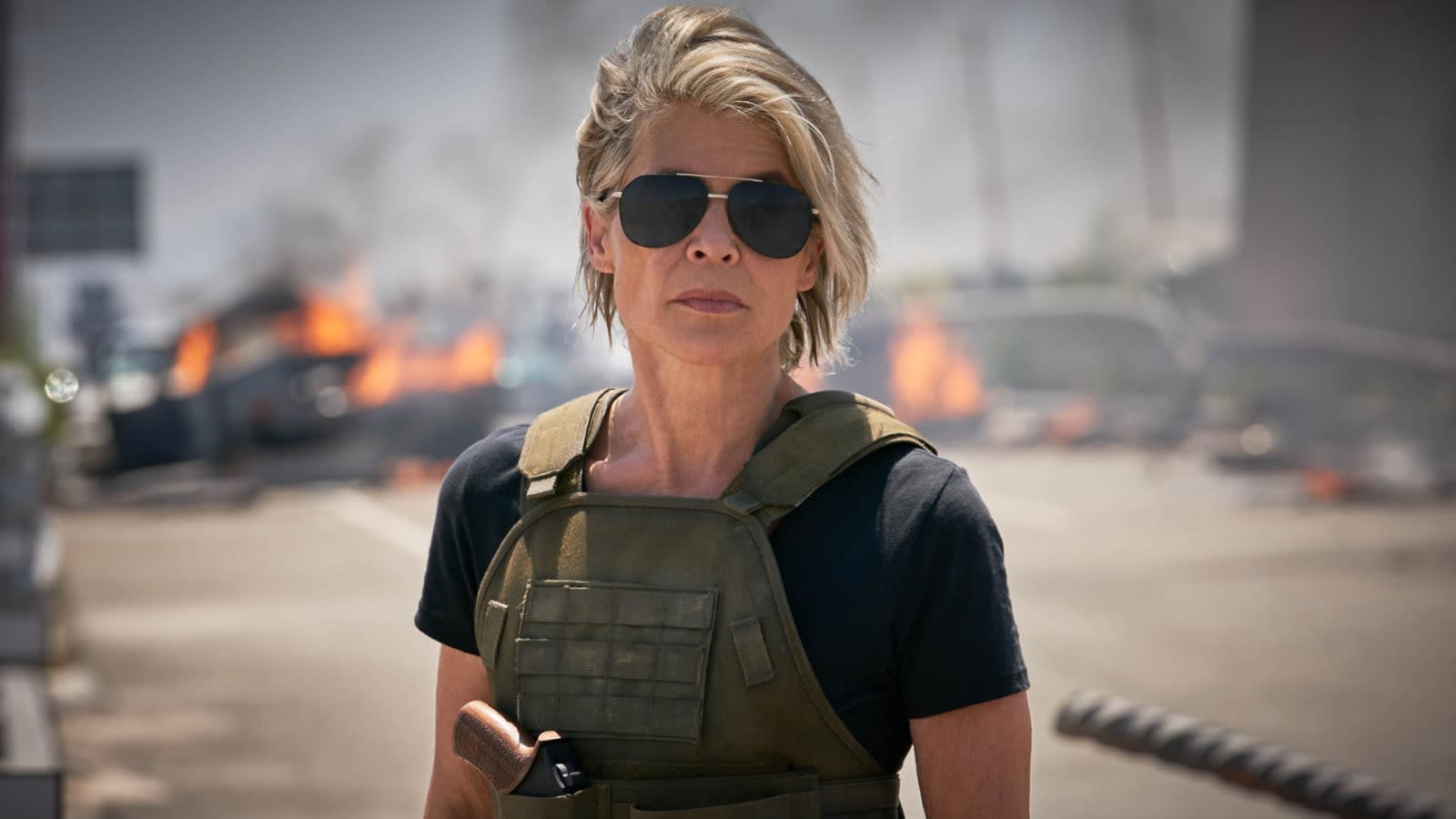 Paramount Pictures has released a Terminator: Dark Fate featurette at San Diego Comic-Con, showing an inside look at the making of what people are calling the true sequel to Terminator 2. While the franchise spawned three movies since the iconic flick, including the critically panned Terminator Genisys with Emilia Clarke, Dark Fate will serve as a soft reboot to the series and will directly follow the events of Judgment Day. James Cameron and team even got Linda Hamilton to reprise her role as Sarah Connor almost three decades after saying hasta la vista to the character.

Cameron says the new film follows the tone of T1 and T2, promising a "fast, white-knuckle ride" with huge action sequences. Dark Fate is directed by Tim Miller, who also directed the first Deadpool film. Arnold Schwarzenegger is playing the original Terminator again, of course, and the film is also bringing back T2's John Connor (Edward Furlong) after other actors, including Christian Bale, played the role in the previous sequels. The movie is slated to hit theaters worldwide on November 1st.

The cast of #TerminatorDarkFate made their mark at #SDCC. Take a look at this exclusive gallery. pic.twitter.com/dk9TXAPJYX

In this article: entertainment, internet, James Cameron, Linda Hamilton, Paramount, san diego comic-con, sdcc, SDCC2019, Terminator, terminator 2, terminator: dark fate
All products recommended by Engadget are selected by our editorial team, independent of our parent company. Some of our stories include affiliate links. If you buy something through one of these links, we may earn an affiliate commission.