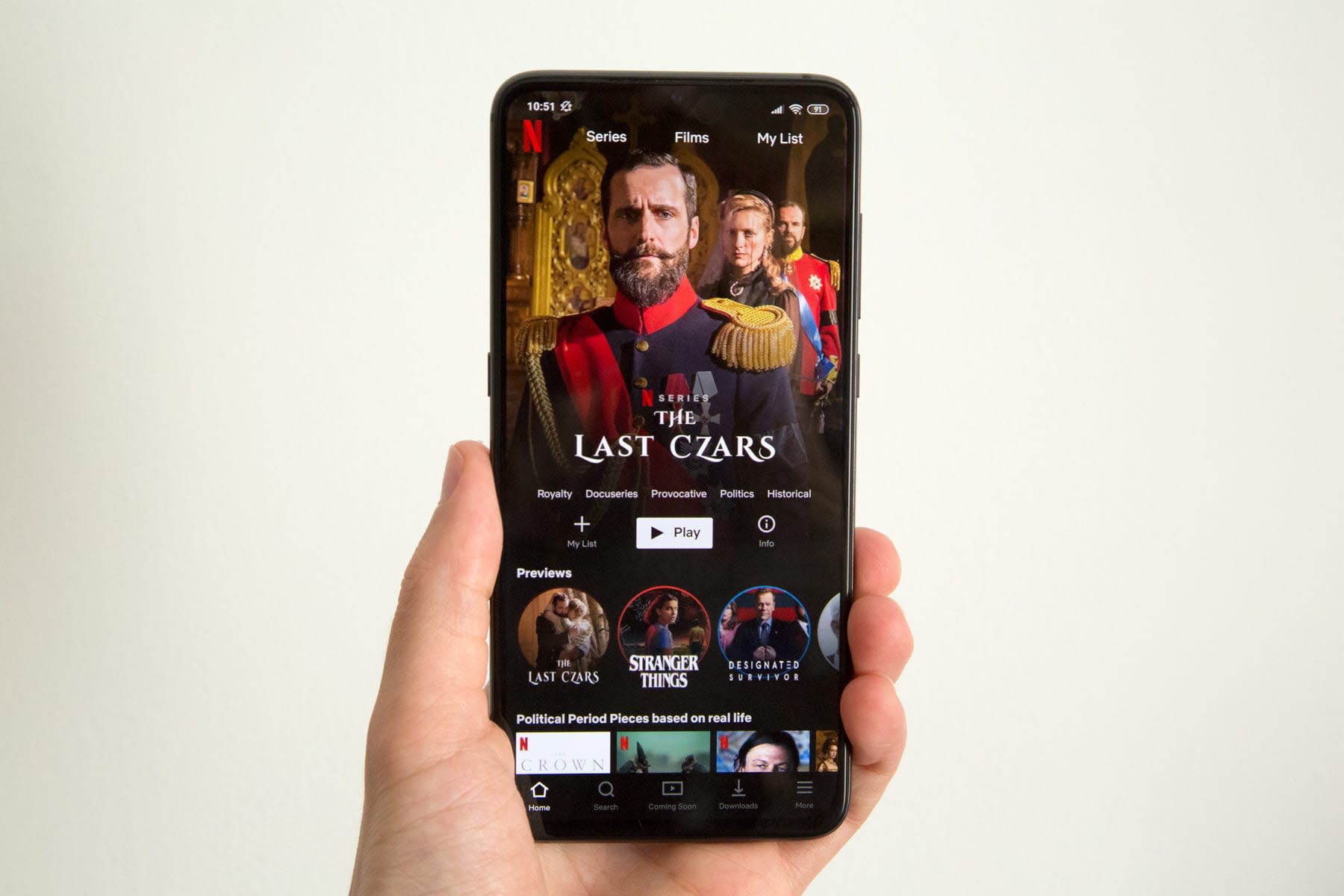 Netflix may have been in front of the curve when it came to video streaming, but the company has found things a little more difficult in recent months. Price hikes have derailed its growth, meaning it only amassed half of the five million new subscribers it predicted would sign up over the last quarter. With Disney+, Apple TV+ and HBO Max all on the horizon, Netflix is seeking new ways to lure new customers to its platform, including smartphone-only plans, which have officially launched today in India.

Netflix first began testing its 250 rupee ($3.62) mobile-only tier at the start of the year, offering TV shows and movies in standard definition (480p) that could be viewed on a single phone or tablet. The same applies to the newly-launched Mobile tier, but the company appears to have listened to pricing concerns and dropped the monthly charge to 199 rupees ($2.88). That makes it a cheaper subscription than competing local streaming service Hotstar (299 rupees or $4.33) but slightly more expensive than Amazon Prime Video (129 rupees or $1.87).

The new smartphone plan makes a lot of sense in India. While the country counts more than a billion mobile users, there are still large areas that suffer from poor connectivity. Delivering a mobile-only tier caters for the many millions of people who use their phone for all of their media consumption, and thanks to its video download feature, can also provide an option for subscribers with lower speeds to download TV shows and movies through the night for watching in the day.

Netflix has confirmed its Basic, Standard and Premium plans will still be available, and that its Mobile tier will simply make its service more accessible for those who are constantly on-the-go.

In this article: av, entertainment, india, internet, mobile, netflix, streaming
All products recommended by Engadget are selected by our editorial team, independent of our parent company. Some of our stories include affiliate links. If you buy something through one of these links, we may earn an affiliate commission.