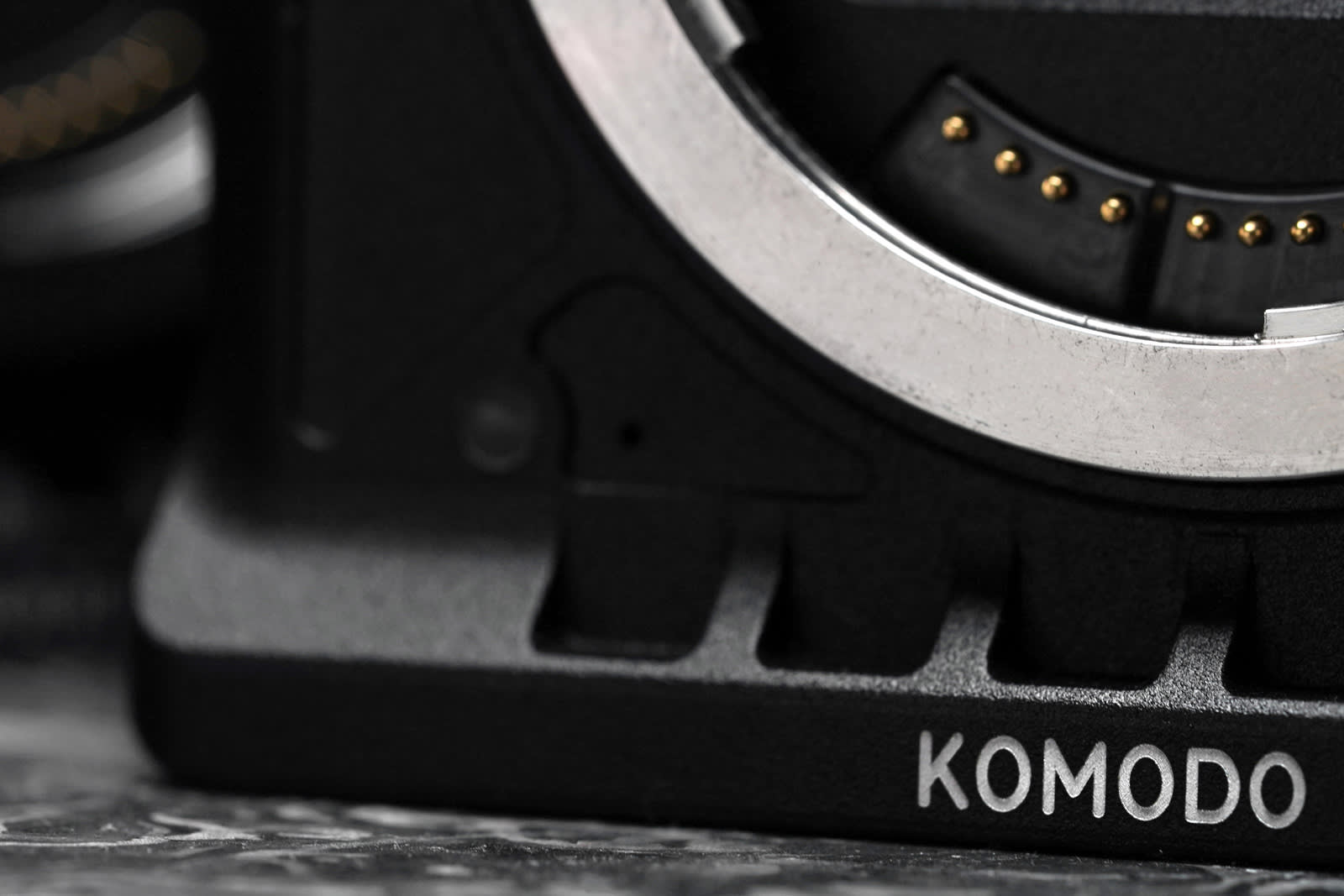 RED is countering the tales of its smartphone camera woes with something more exciting... if also cryptic. Company chief Jarred Land has teased an upcoming Komodo camera that doesn't appear to fit into the company's usual categories. While the lone image doesn't show much more than a compact body with an interchangeable lens mount, Land is happy to tell you what Komodo isn't.

It's not a replacement for the company's DSMC2 technology, one of the company's existing sensors or a module. There are no typical video features like HDMI output and XLR input, and you won't have to use RED's signature storage. And it's definitely not a big device -- it's no larger than 4 inches "in any dimension," Land said, with a weight less than 2 pounds.

The biggest clue may involve the cost. Land noted that it won't cost under $5,000 "unless you own a Hydrogen," suggesting there will be tight integration between Komodo and the Hydrogen One (and possibly other phones) as well as an optional peripheral for those who want it. This suggests it may be a compact yet high-end camera designed for remote control -- something you'd use either for specialized cinematography or as an inexpensive way into RED's camera system.

You might hear more about Komodo before long. Land noted that it's "alive and breathing," and that you'll likely see pro video producers field testing the design in the "next few weeks and months." That doesn't mean you'll get to use it any time soon, though. RED is infamous for its product delays, and it could take a while before there's an honest-to-goodness release.

In this article: camera, cameras, gear, komodo, photography, red, video camera
All products recommended by Engadget are selected by our editorial team, independent of our parent company. Some of our stories include affiliate links. If you buy something through one of these links, we may earn an affiliate commission.