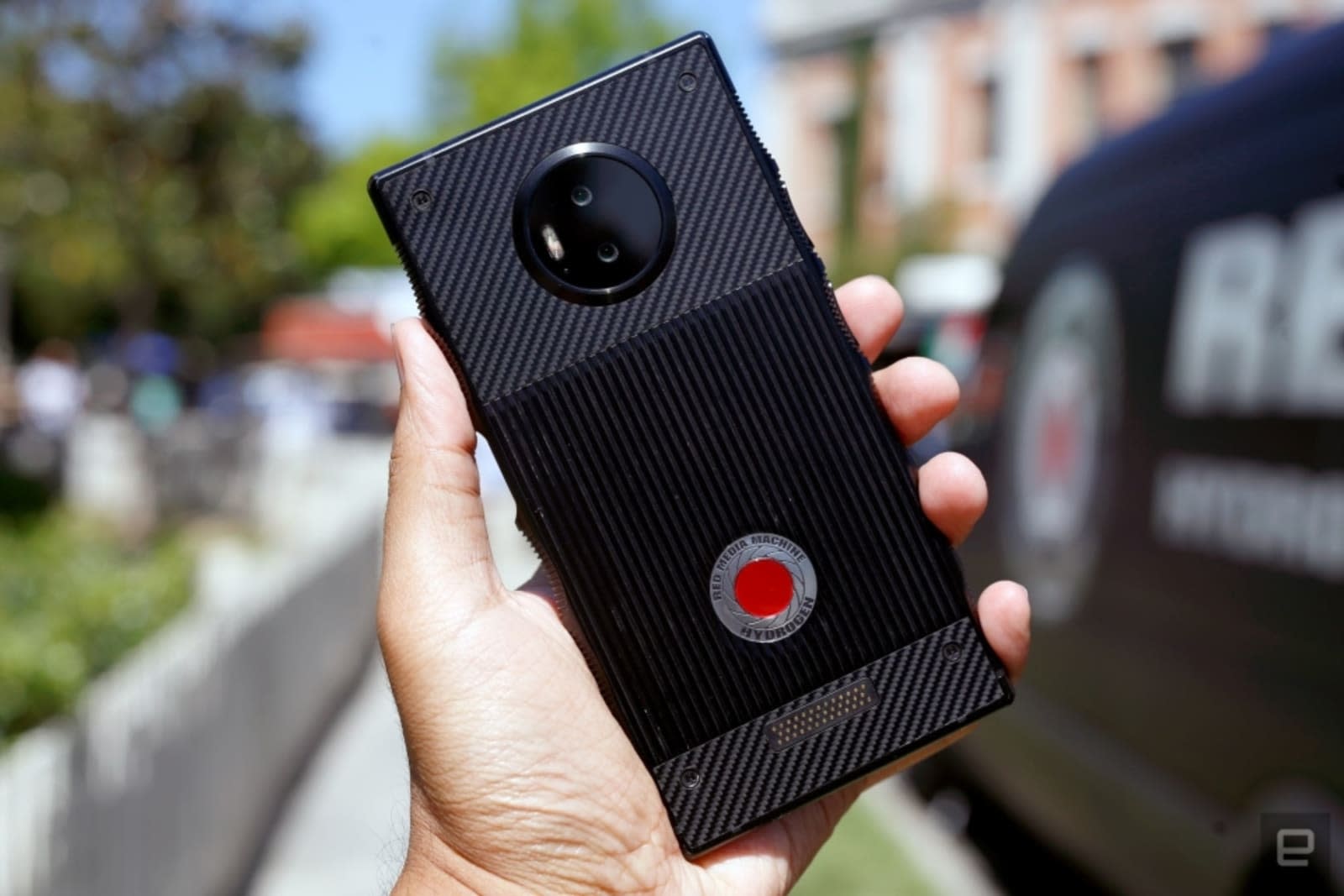 We've been following the development of RED's holographic smartphone, the Hydrogen One, for awhile now. But apparently, we'll have to wait awhile longer before it's available for purchase. After myriad delays, the phone was set to come out this month, but certification setbacks mean that won't happen. But happily, the company has now provided firm dates for the RED Hydrogen One.

A developer's prerelease model, called Houdini, is supposed to ship in late August and September. Pre-order customers should begin to receive their smartphones on October 9th. The black models will ship first, followed by titanium for both the developer and the pre-order releases. Carriers AT&T, Verizon and Telcel are supposed to offer the RED Hydrogen One on November 2nd in aluminum (colors Black and Shadow only) at $1,295. Carriers will not get the titanium version until sometime in 2019.

If you're interested in getting your hands on a developer unit, instructions to sign up for Houdini are in this post. You will be trading your pre-order unit for a developer one, though, so it's important to be sure that you know what you're in store for.

Engadget's Chris Velazco tested out the RED Hydrogen One, and while we couldn't post any photos of the display (the company wouldn't let us because regular photos wouldn't be able to fully capture the experience), it's pretty cool and innovative. You can see his full thoughts here.

In this article: gear, mobile, red, redhydrogenone, smartphone
All products recommended by Engadget are selected by our editorial team, independent of our parent company. Some of our stories include affiliate links. If you buy something through one of these links, we may earn an affiliate commission.