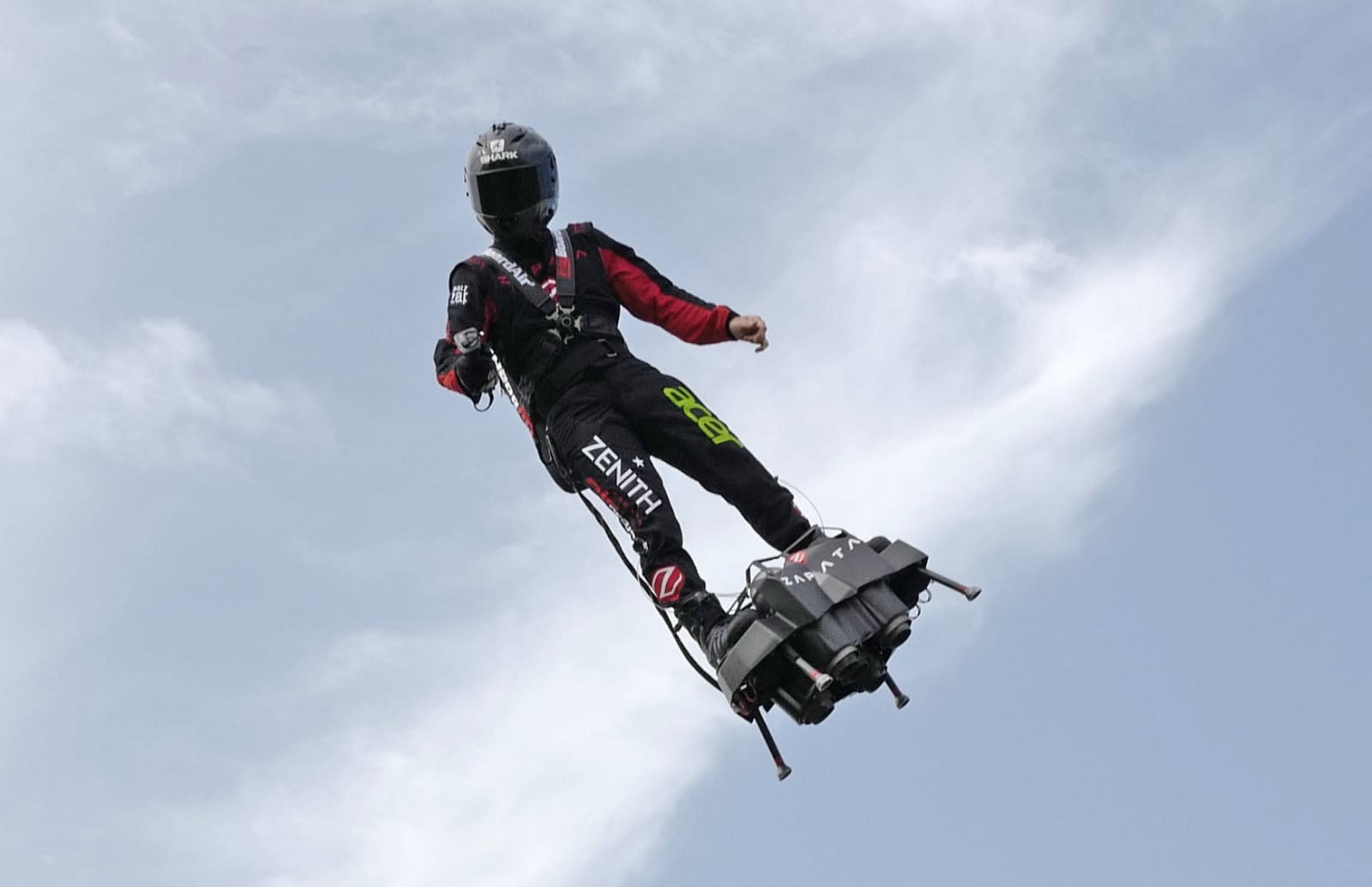 Inventor of the jet-powered Flyboard Air, Franky Zapata, had his dream of becoming the first person to cross the English Channel by hoverboard dashed last week, after he misjudged the landing for a refuelling stop. But he remains undeterred in his quest, and will be making another attempt this weekend.

The Flyboard -- which can zoom through the air at speeds of up to 118mph -- can only carry enough fuel to fly for around 10 minutes at a time, so Zapata needs to stop on a boat halfway into his 20-minute journey to juice up. He came unstuck on his first attempt after he missed the platform by only a few centimetres. This time around, he's going to use a bigger boat.

The Frenchman already holds the world record for the longest hoverboard flight, which he set in 2016 following his 2,252 meter flight along the coast of France. And if this weekend's endeavour fails, it's unlikely he'll be giving up on it anytime soon. Despite losing two fingers during the Flyboard's maiden voyage -- when they got sucked into a turbine -- he has called it his "life's work."

In this article: English Channel, entertainment, Flyboard, Franky Zapata, gadgetry, gadgets, hoverboard, transportation, world record
All products recommended by Engadget are selected by our editorial team, independent of our parent company. Some of our stories include affiliate links. If you buy something through one of these links, we may earn an affiliate commission.