The Roomba i7+ is a step forward for home robots

Our readers tell us why iRobot’s latest vacuum is so popular.

The 2018 release of the Roomba i7+ marked a turning point for iRobot. Finally, the company offered a feature they'd long requested: A vacuum capable of emptying itself without intervention from its human owner. The i7+ also provided users like reviewer Devindra Hardawar with quieter, yet still exceptional cleaning performance and accurate room mapping software. However, these sought-after features came with a premium price tag of $1,100, dropping the vacuum's Engadget score to 87. User reviewers, who tend to judge more harshly, gave the Roomba i7+ an average score of 77.

The major highlight of the i7+ model is the aforementioned self-emptying feature, which redirects a full Roomba back to its Clean Base dock to connect and automatically empty the bin. Though it took Devindra a few attempts to find the best spot for the 19-by-15-inch dock, no one else reported having issues placing the Roomba's base. Jerry said finding a "three foot space for it to dock at was easy." 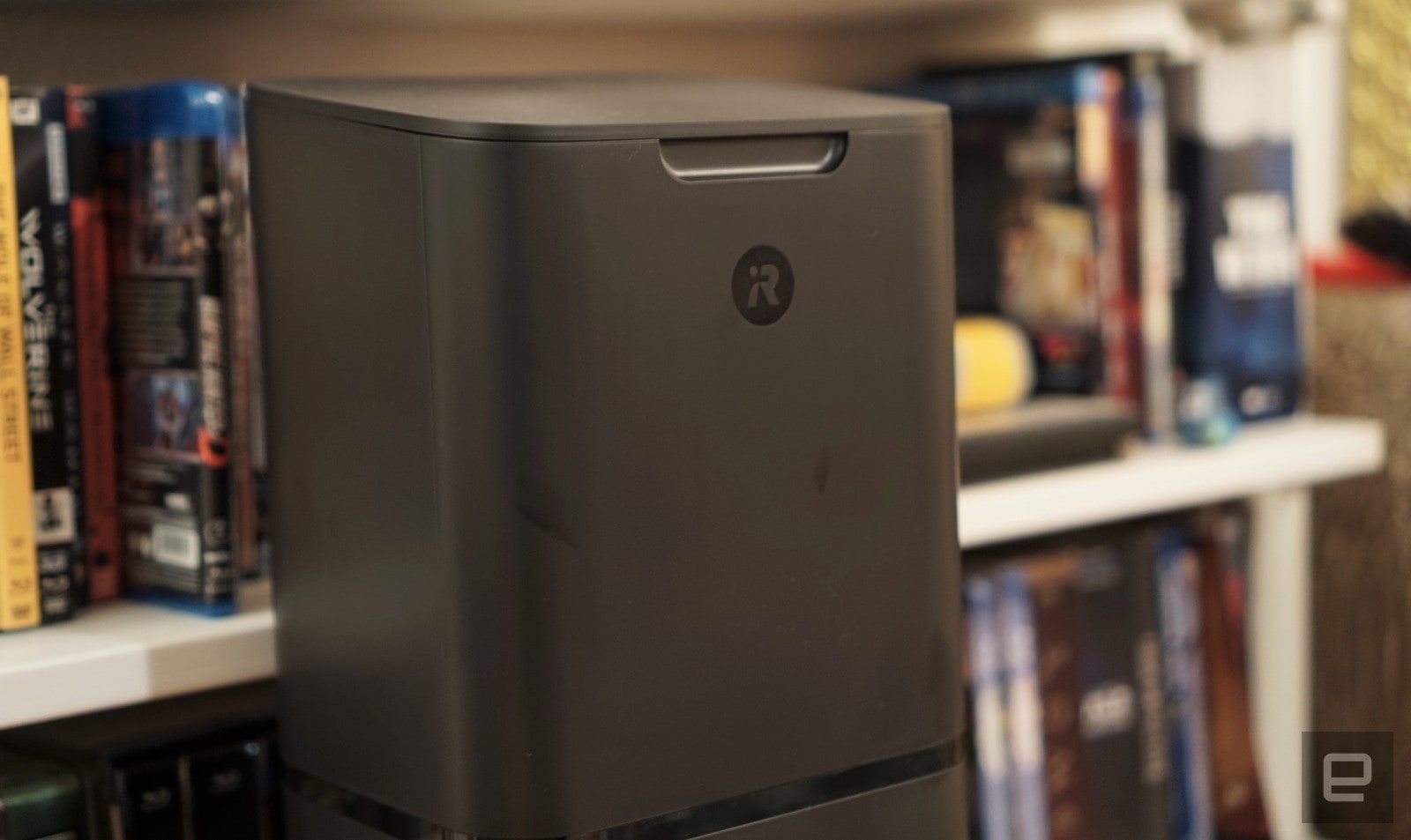 The self-emptying capability, to no surprise, was a huge hit with users. Matt said the feature made the i7+ "a game changer," while Michael called it "heaven!" Jeff thinks it's super cool that his i7+ will empty itself when full and then resume where it left off, and Uribees simply said it was awesome.

The Clean Base holds proprietary bags that iRobot claims will hold up to 30 Roomba bins' worth of dirt. Once it's full, it still requires a human to open the base and throw the bag in the trash. And, as those proprietary bags cost $15 for a pack of three, they can really add up. At least two users reported that they had found workarounds to offset the expense. (Note: These are not techniques that Engadget has tried or that we recommend.)

Jerry said "one of the major cost saving things we did was to cut open the dust bag and sew Velcro strips and we can empty the bags. This gets us about 100 cleanings; it works well, we're still on our first bag." Dave went a different route, recommending to use "your existing upright vacuum to suck debris out of the Clean Base bag. Not really pretty, but very effective. I can make a $15 Roomba bag last for months." 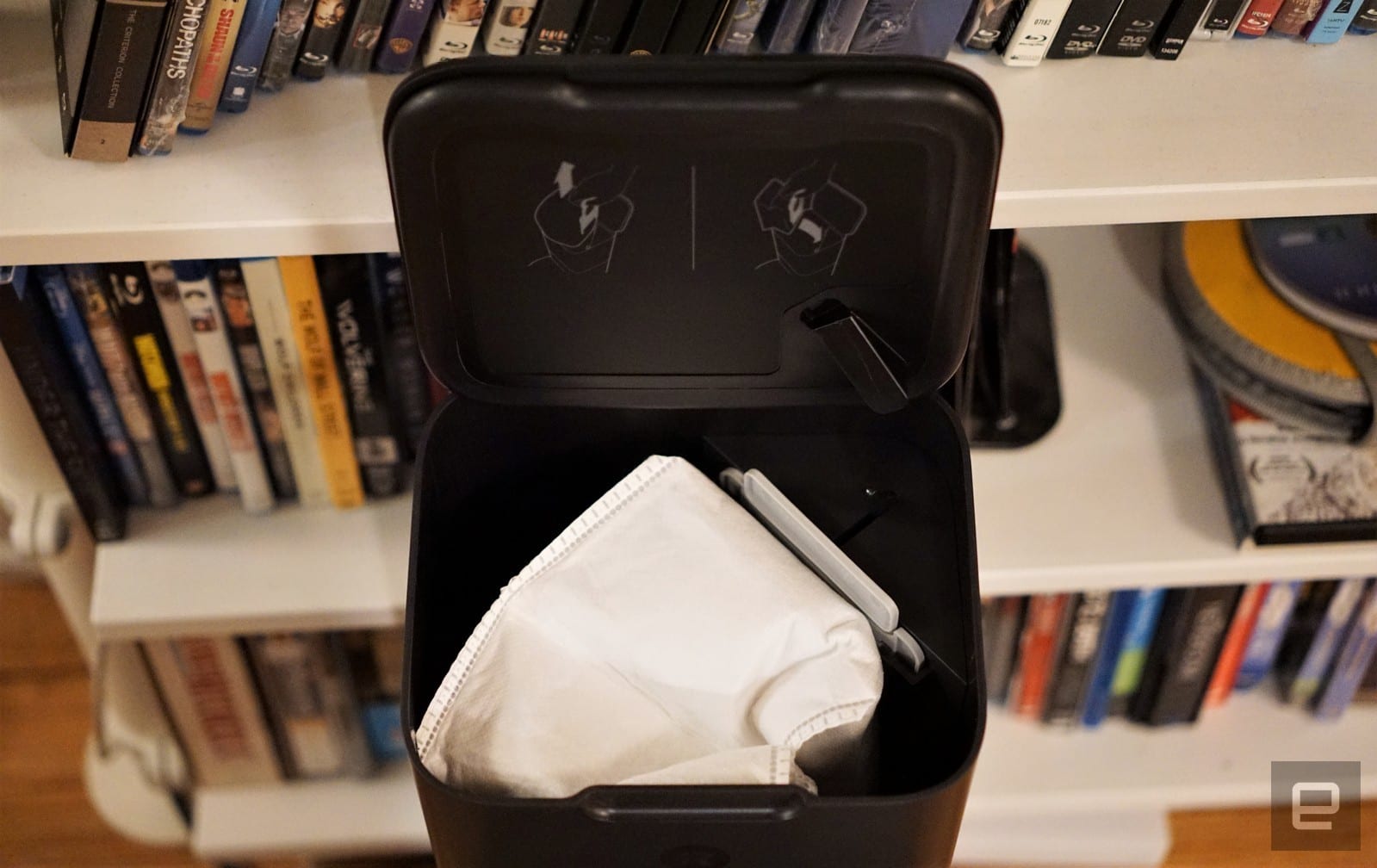 All the bells and whistles in the world won't make up for a vacuum that can't perform its basic cleaning functions, and here the i7+ received mixed reviews. Michael said it "has great suction" and "cleans bare floors as good as carpet," and Matt was "surprised at how much dirt it picks up from seemingly clean floors." Emily's schedule for her i7+ "does a fantastic job on all terrain. I no longer fear mutant dust bunnies." And, despite owning two large dogs, Alex said he hasn't found a single hair in the rollers in two weeks.

Speaking of those rollers, Matt said he had little difficulty removing and cleaning the brushes, as they "appear built for heavy duty use and easy repair or maintenance." Lougan agreed, saying he has to clean the rollers on his i7+ every week -- but he doesn't mind because it's "so much easier to clean than the previous generations. You just pop a latch, pull it off, pull the fur ball off the side and pop it back in." 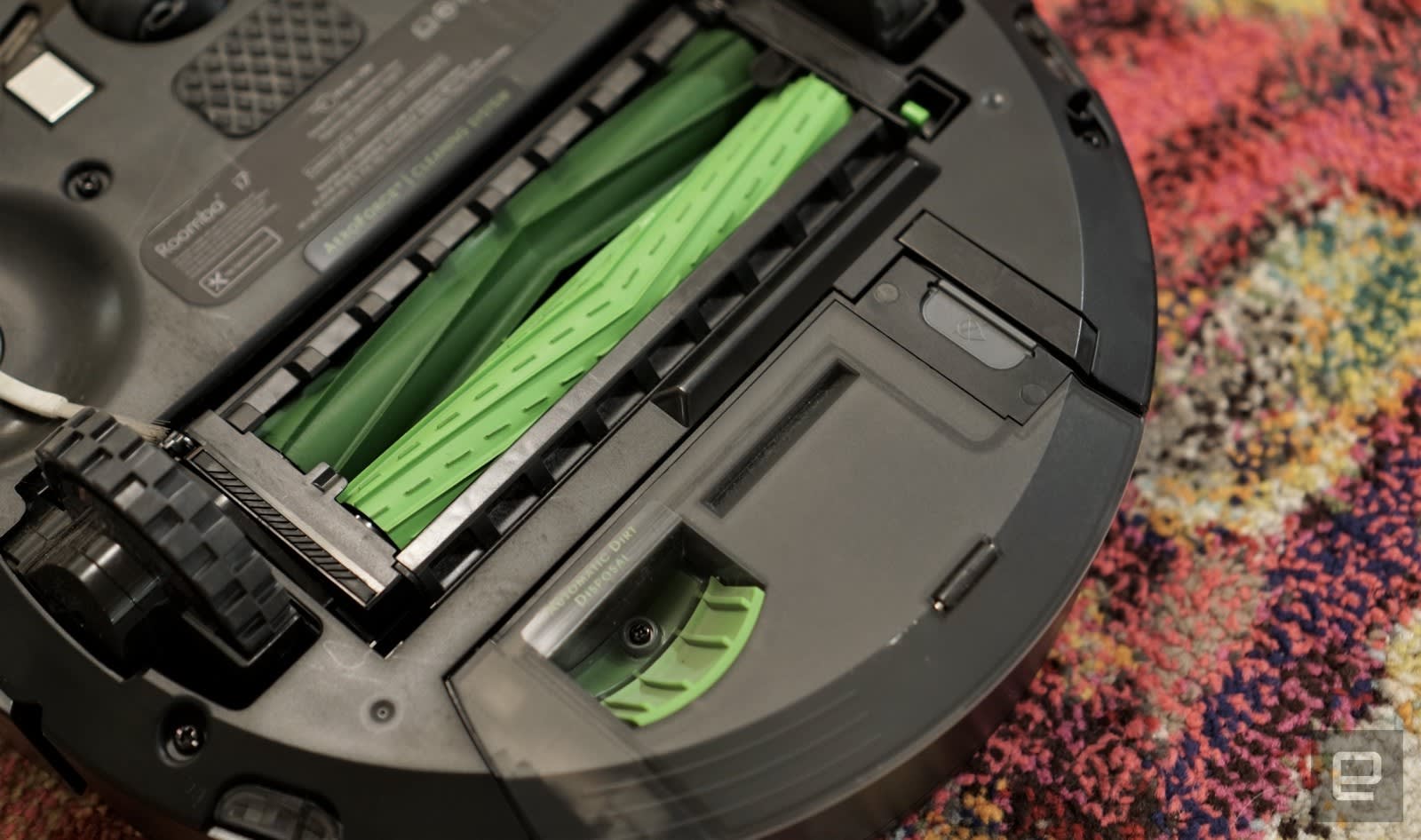 However, other users were less impressed. Michael's i7+ gets "stuck when the little people in our house leave socks or toys on the floor" and sometimes "will close itself into a room as well." Christopher said "hands down, the i7 does not clean as well or effectively as the Roomba 890 I had prior," as his i7+ leaves clothing threads on the rug. Michellette said after three generations of Roombas, she doesn't feel that "the cleaning mechanism has improved any in the past few years."

When it came to the Roomba's ability to map and navigate a home, many users were pleased. Matt said his Roomba did a "great job of mapping floors after a few hours of training runs." Dave agreed that it was "truly magnificent. It only took three learning runs and had it figured out." Scott appreciated that he no longer needed to have a "bunch of 'lighthouses' to section off rooms or areas. The virtual walls in the app work great." And Lougan was able to "map areas right in front of the litter box so it actually cleans that two additional times a day." However, Christopher was less successful, as there were "three rooms the i7 refuses to map. Hopefully the firmware will fix that." 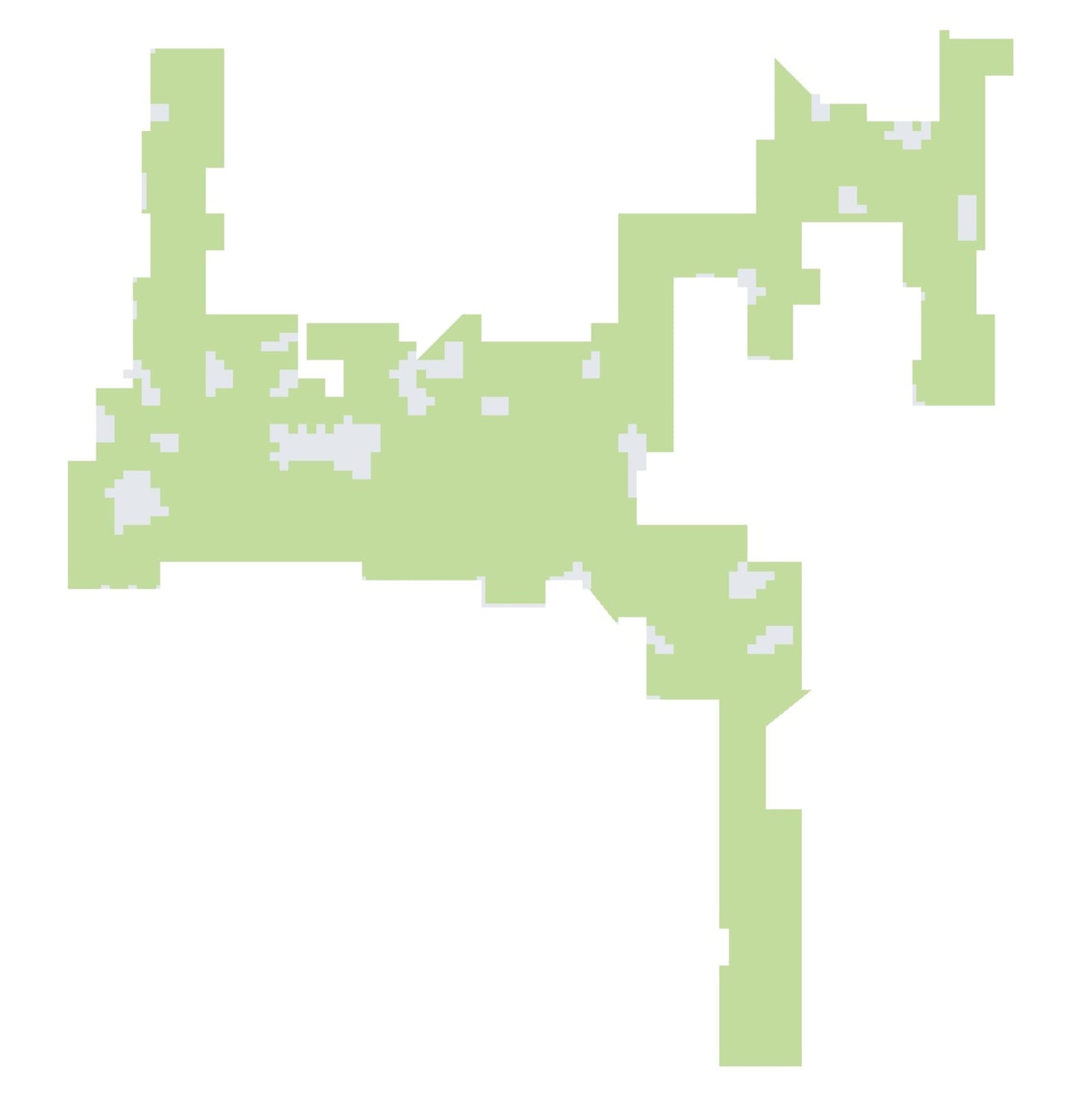 The iRobot mobile app lets Roomba owners perform a variety of tasks from keeping an eye on the battery level to scheduling, mapping or receiving push notifications. Many users thought it was helpful; Uribees found the app easy with some pretty handy features.

Meanwhile, Jay liked that the "app will notify me if there is a problem, such as if it sucked up a toy and needs intervention." Scott thought the app was "excellent" and appreciated how easily it integrated with his Google home and phone.

The mobile app is just one way to get the i7+ started; because it can integrate with a home assistant like Alexa or Google Assistant, owners can verbally order the vacuum to start cleaning. Sounds good in theory, but how does it work in practice? Matt said it was great and had "fun seeing the robot take off to a room after asking Alexa to have it clean." He wishes they would add other voice commands like battery status.

Jerry thought the "integration with Alexa is actually not bad. We can stop it, pause it or tell it to go clean a specific room." Lougan was more critical about his experience. "You have to be super specific when asking it to do something. You can't just say, Alexa clean the living room. You have to say, Alexa, tell Roomba to tell Billy to clean the living room. It's kind of a pain. When it does work though, it really impresses your friends." 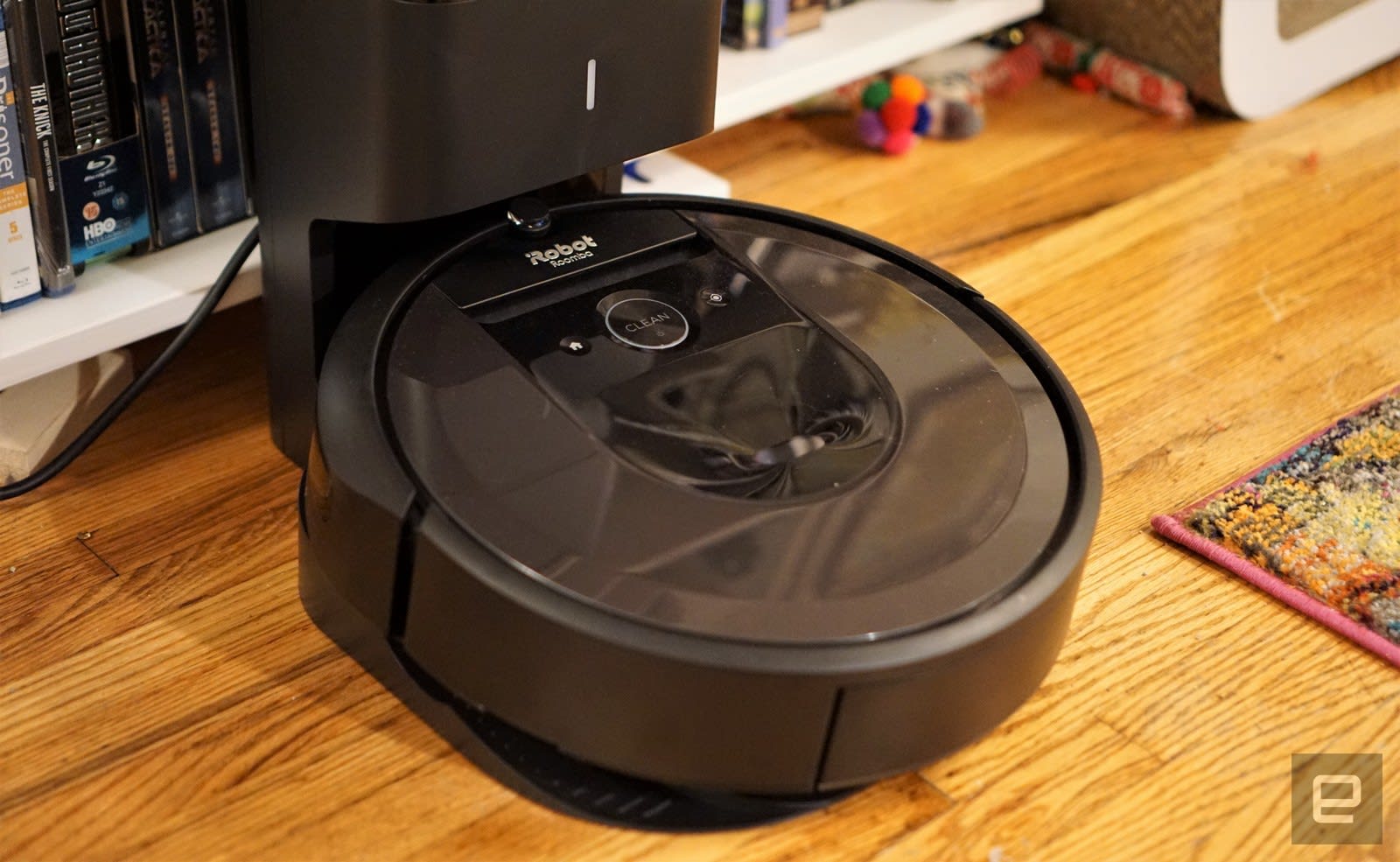 A majority of our user reviews came from pet owners, who are clearly a target market for automated cleaners. Lougan, who had mapped his i7+ to run in front of the litter box, said it blew his mind how much the vacuum picked up every day. He also mentioned that if the i7+ "can survive eating a cat hairball, I think they're going to last." Emily who has "multiple heavy shedding indoor pets," said she highly recommends the i7+ for animal lovers.

However, Scott found himself pre-vacuuming to collect the bulk of his St. Bernard's hair before running the i7+ as a "finishing touch." And Michellette said that no Roomba has ever been able to clean the fur from her German Shepherd off the carpet or area rugs. "It simply leaves countless clumps of hair for you to pick up all over the place. Your house actually looks worse after this finishes."

Despite the stringent scoring, most reviewers had positive recommendations for the i7+: Jerry said he'd award it five stars, Jay was "super happy," and Michael said it "is the best investment we have made and we'll be purchasing another for our basement in the near future." He also appreciates that the i7+ gives back the time that he used to spend vacuuming. Lougan declared it "an amazing piece of technology" and that "iRobot has really outdone itself." Alex was effusive, stating that iRobot should "keep up the great work" as they've made his family very happy with the i7+, as it's "finally a real cleaning solution."