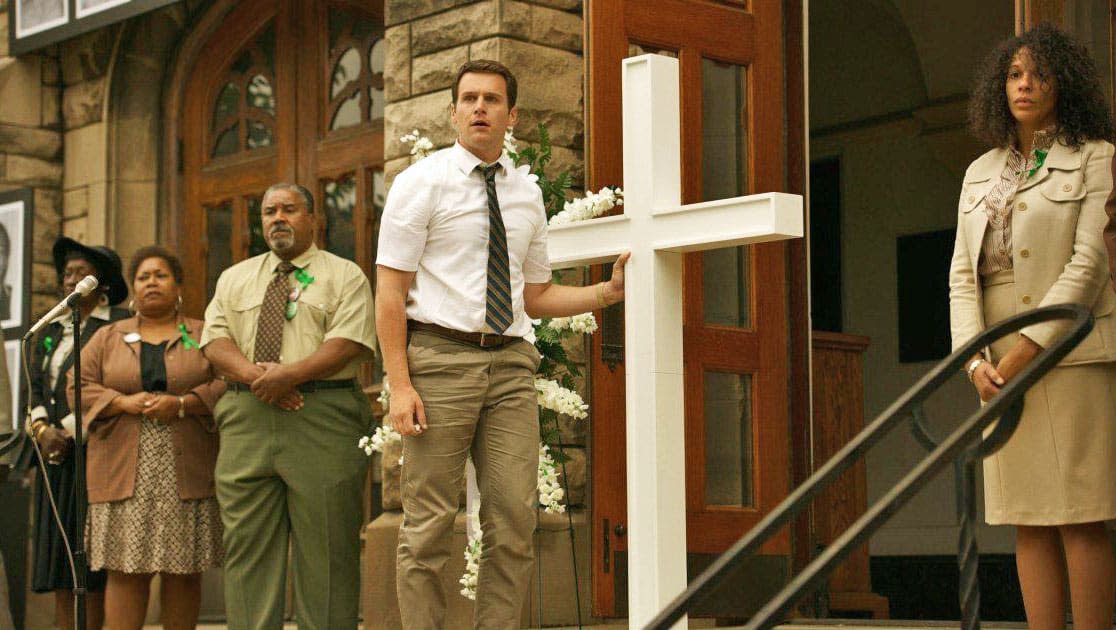 Back in the '70s, law enforcement struggled to find serial killers like Ted Bundy and the BTK Killer -- not to mention understand the dark forces that drove them. The Netflix drama Mindhunter depicts the pioneering work of two fictional FBI agents during this era, when criminal profiling was still in its early days and forensic science was in its infancy. The streaming service dropped the first trailer for the show's second season today, which dives into the Atlanta Child Murders.

The sophomore season of Mindhunter reunites us with the FBI agents Holden Ford (Jonathan Groff) and Bill Trench (Holt McCallany), who for most of the first season traveled the country teaching reluctant local police departments about criminal psychology. Dr. Wendy Carr (Anna Torv), the esteemed academic who helps add legitimacy to the duo's mostly flying blind approach to research, also returns for the second season.

The team's focus this season is on the mysterious murders of more than 25 black children and young adults in Atlanta, deemed the "Atlanta Child Murders." While local police is convinced that the culprit may be the Ku Klux Klan, Ford thinks the culprit could be someone else. This puts him at odds with local investigators and his own team as they fight to find the murderer before they strike again. Also to be featured in this new season is Charles Manson (Damon Herriman), the cult leader who has become Ford's obsession. Ed Kemper (Cameron Britton), the serial killer who becomes the duo's first real test subject, is also back.

Producer David Fincher will return to direct a few episodes of the new season of Mindhunter. Other episodes will be directed by Andrew Dominik (The Assassination of Jesse James by the Coward Robert Ford) and Carl Franklin (House of Cards).

The new season premieres on Netflix on August 16th. You can watch the trailer below.

In this article: atlanta child murders, av, charles manson, entertainment, mindhunter, netflix, serial killers
All products recommended by Engadget are selected by our editorial team, independent of our parent company. Some of our stories include affiliate links. If you buy something through one of these links, we may earn an affiliate commission.