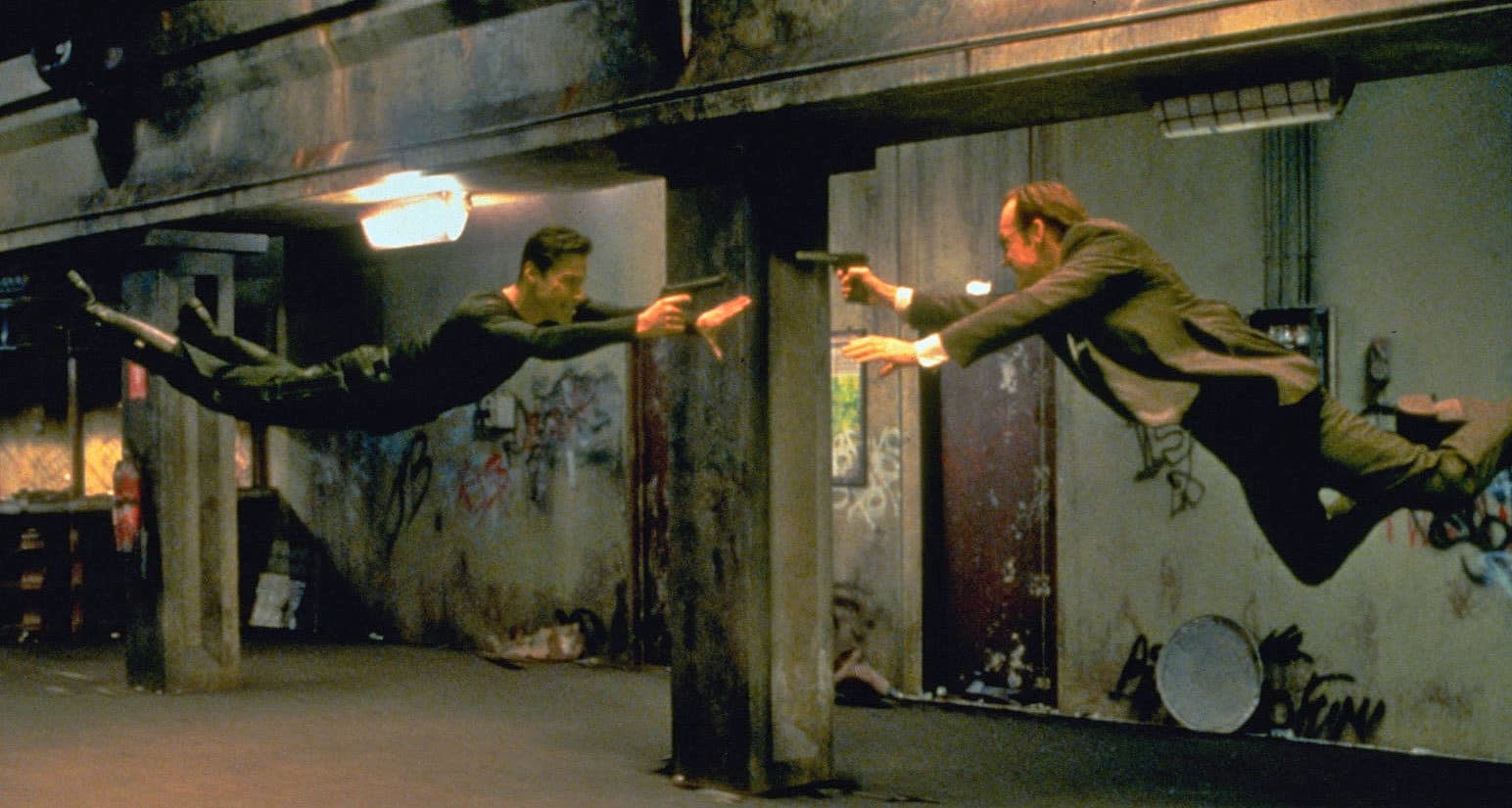 Hey, good morning!Welcome to Tuesday! Samsung has a new smartwatch, and it straddles all the other ones it's recently launched. We also take another look at the Galaxy Note 9 to see how it stands up to 2019 smartphones. The Matrix is returning to cinemas, and it's got Dolby Vision and Atmos. In other news, Sony's replacing drummers with AI. 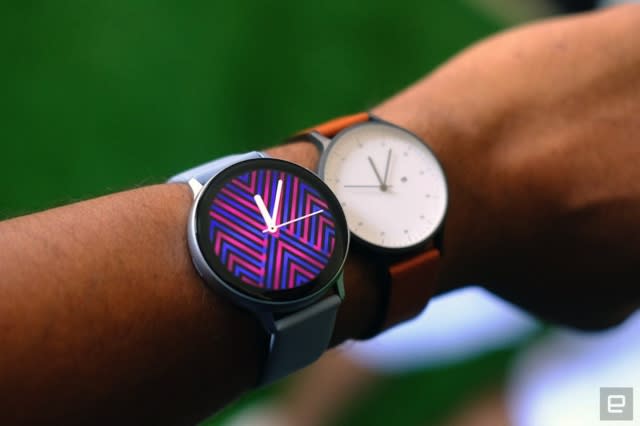 Barely half a year since we saw the last one, Samsung has announced another wearable: the Galaxy Watch Active 2. It sits in the middle of Samsung's wearable lineup, between the flagship, full-featured Galaxy Watch and the basic, affordable Watch Active. It offers pretty much everything the higher-end watch does but for $50 cheaper, and even has some new tools that its more expensive sibling lacks. The screen feels roomier, too -- if you can even say that about a smartwatch...

It'll only be available at Dolby Cinemas in the US.
'The Matrix' returns to theaters August 30th with Dolby Vision and Atmos 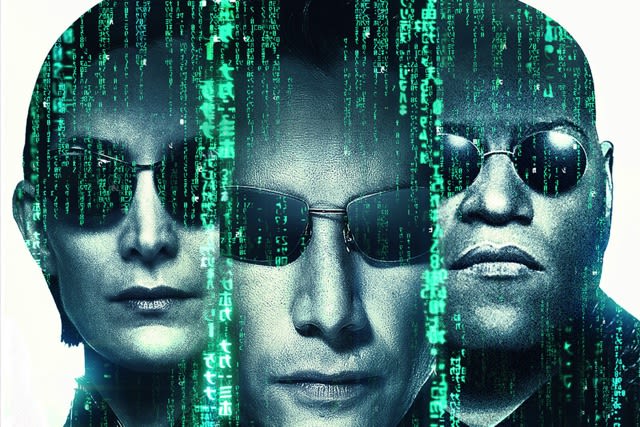 It's a little late for its big two-oh anniversary, but The Matrix is coming back to theaters, with a one-week run starting August 30th at AMC's Dolby Cinemas across the US. Better still, it's coming in its ultimate, modernized form, with a Dolby Vision picture and Dolby Atmos audio.

It'll hit city streets in 2020.
Audi's electric E-Tron Scooter is a skateboard with a handle 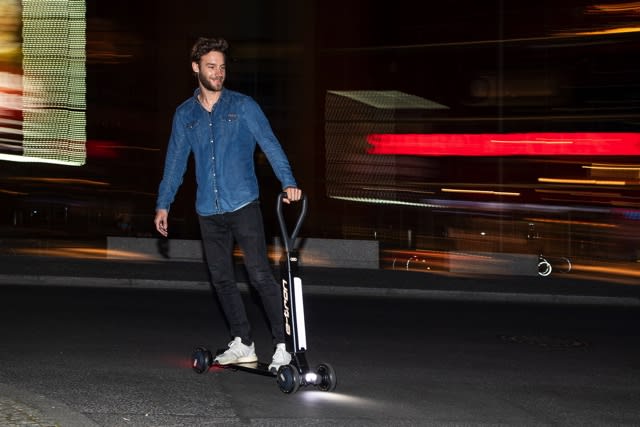 It's not a scooter, but it is. Audi's E-tron rideable necessitates a sideways-on riding style, making it closer to skateboarding than cruising along on a scooter. And when you're only steering it with a single hand, the other is free to signal, hold onto shopping or, probably, vape.

It's not the most powerful e-scooter, but with a 12.5MPH top speed and 12.5-mile range, it should cover most commutes. It's also 26 pounds, but you can at least fold it up so it takes up a little less space at your destination.

The extra display looks cool, but doesn't do much more than your phone.
HP Omen X 2S review: A dual-screen curio 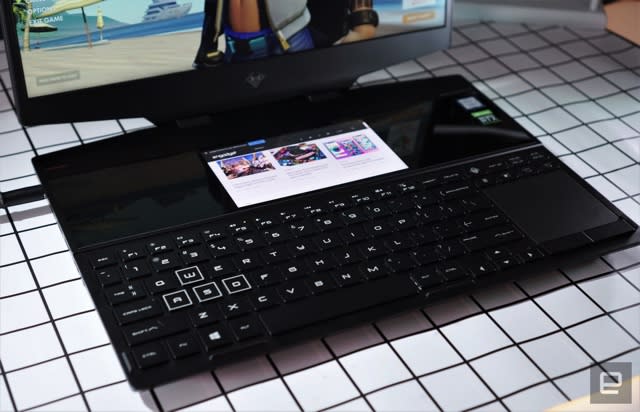 Is a second screen on your laptop worth your time and money? Well, HP's Omen X 2S is a noble attempt at it. But according to Devindra Hardawar, compared to what we're seeing from the competition, that screen is too small to be truly useful. Still, it's a powerful gaming laptop with a speedy 144Hz (or 240Hz) screen that'll handle everything you throw at it.

Don't get distracted by shiny things.
The Galaxy Note 9 a year later: Still good, but not for everyone

As we prime ourselves for the next Galaxy Note, it's a year since the Note 9 came out. How convenient. How has the productivity-focused phone fared in the ensuing months? Some of the new features might have been merely decorative additions (software-wise, that S Pen still hasn't really evolved much in the last five iterations or so), but they don't detract too much from a powerful, reliable smartphone.

The system was trained on instrument tracks from 665 songs.Sony is using AI to replace drummers, one beat at a time

Sony revealed that its researchers have created a machine learning model that can create kick-drum tracking. According to Sony, the artificial intelligence is capable of building "musically plausible" drum patterns based on existing instruments used on the song.

The team compiled data from 665 songs from across genres, creating contextual signals that the AI system used to conditionally generate kick-drum patterns, all based on the characteristics of the music material.

Cloudflare, Voxility and Tucows have all pulled support.
The internet is racing to cut ties with 8chan after another deadly shooting

Before last weekend's deadly mass-shooting in El Paso, Texas, the suspect appeared to post a collection of white nationalist and racist statements on message boards at 8chan. After a day of waffling, Cloudflare announced it would cut the security services it had provided the far-right site. That exposed 8chan to distributed denial of service (DDoS) attacks, and for a time, the site was down. But 8chan soon found a way back online. However, internet infrastructure companies are playing whack-a-mole, pulling the plug as other services step in to help 8chan get back online.

Soon after, another host and anti-DDoS protection company BitMitigate stepped in. BitMitigate's owner, Epik, is notorious for providing services to sites like Gab and Daily Stormer, both known for their far-right supporters, including neo-Nazis and white supremacists. But Voxility, which was effectively providing service to Epik and BitMitigate, pulled its backend support for both.