Windows on Snapdragon has never looked so good.

I wasn't expecting to like the Galaxy Book S as much as I did. After all, based on the teaser video Samsung showed during its Unpacked keynote today, the laptop looked pretty unassuming. Let that be a lesson to learn, though -- don't judge a book by its company-approved cover photo. After I picked up the computer at Samsung's demo area here at Unpacked, I was immediately impressed by how thin and premium it felt.

I've been covering Snapdragon laptops for awhile, and I've yet to come across one that felt as good as this one did. Its profile, described by a Samsung rep at the hands-on area as "less than half an inch" thick, is striking. The whole thing felt slimmer and more expensive than a Dell XPS 13 or even a MacBook Air.

Samsung kept things pretty minimal with the Galaxy Book S. There's only a single USB-C port on the right edge, while another USB-C slot and a headphone jack are all you'll find on the left. Tucked under this pair of ports is a SIM card slot that also has a spot for a microSD card. This tray is where we found the AT&T SIM that kept our demo unit connected to an LTE network, which is one of the best things about a Snapdragon-powered laptop.

This is also the first system we've seen actually using the made-for-PC Snapdragon 8cx chipset that Qualcomm announced in December. Lenovo announced a 5G laptop in May that also uses the same CPU, but that felt more like a prototype than a fully ready product. The Snapdragon 8cx promises performance and battery boosts that is meant to rival an Intel U-series option on speed. As for runtime, Samsung estimates the Galaxy Book S will last 23 hours on a charge, though it didn't clarify what sort of use that would be. That seems in line with other Snapdragon PCs that, in my experience, lasted about the 20 or so hours that their makers promised.

That battery estimate seems reasonable in part because the Book S's 13-inch screen runs at just full HD. It was smooth enough in my testing, and I was able to pinch and zoom or scroll through a website easily. The trackpad was similarly responsive, though I wish the keyboard had more travel. I'm not going to complain too much though, it's hard to squeeze in more depth on a laptop this thin. 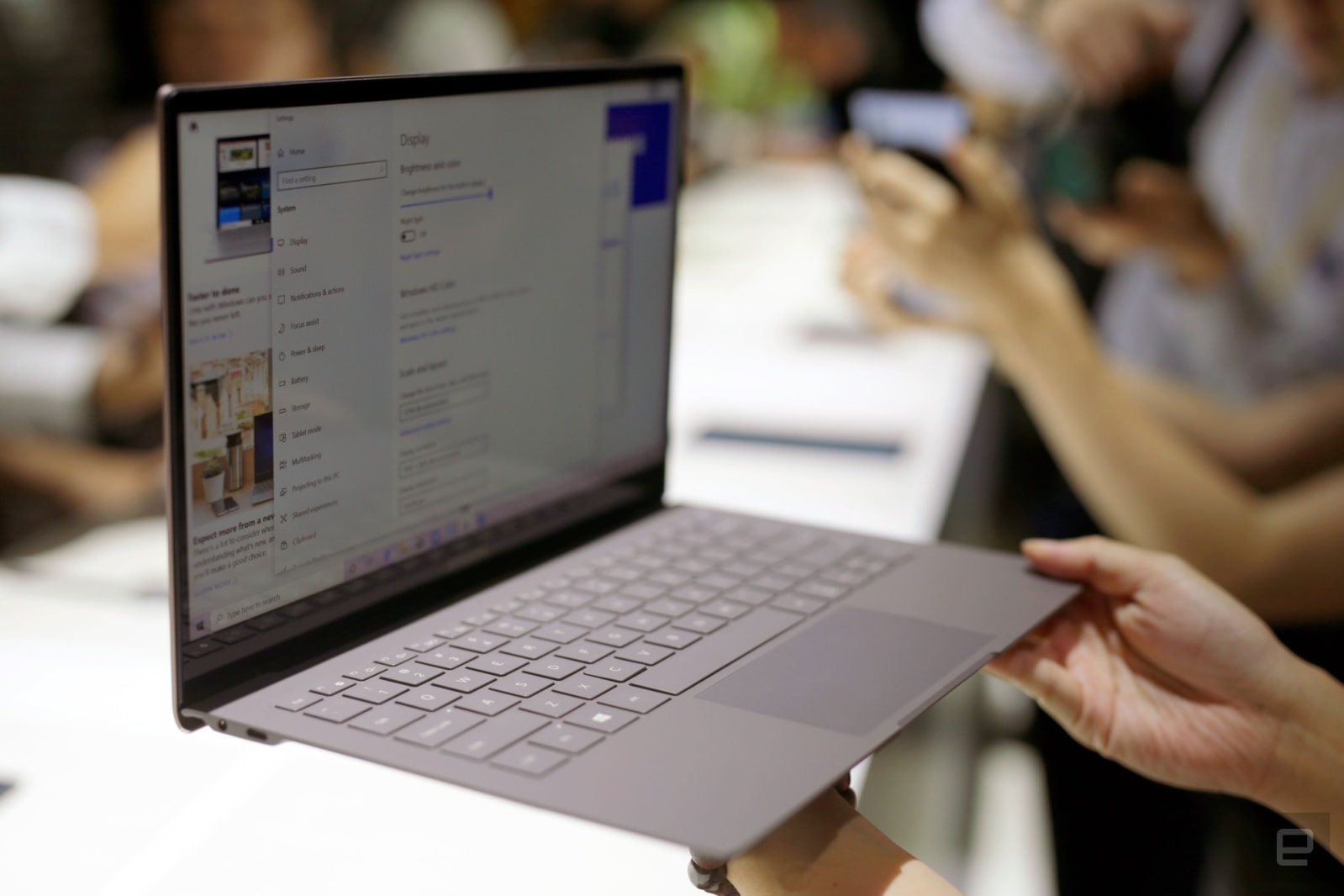 Based on the system info I pulled up on our demo Galaxy Book S, the laptop packs 8GB of RAM and runs a 64-bit version of Windows on ARM. This is my biggest concern with the laptop: ARM-based Windows 10 still has limits when it comes to app compatibility. Yes, you'll find most options you need on Snapdragon PCs, like Adobe's suite of apps or Microsoft Office. But it's the odd obscure app that you might have trouble getting to run smoothly on Windows on ARM. Microsoft continues to improve the software and emulator here, though, so hopefully the experience will be a lot less limited in time.

The Galaxy Book S is available in two colors -- rose blush and mountain gray. It'll cost about $999 when it retails in September. That gives Samsung about a month or two to iron out any kinks, although from my hands-on with the Galaxy Book S, this seems to be pretty much ready for store shelves. It's the most sophisticated Snapdragon PC I've played with so far, but you might want to hold off till we can fully review this to see how it performs before buying it.