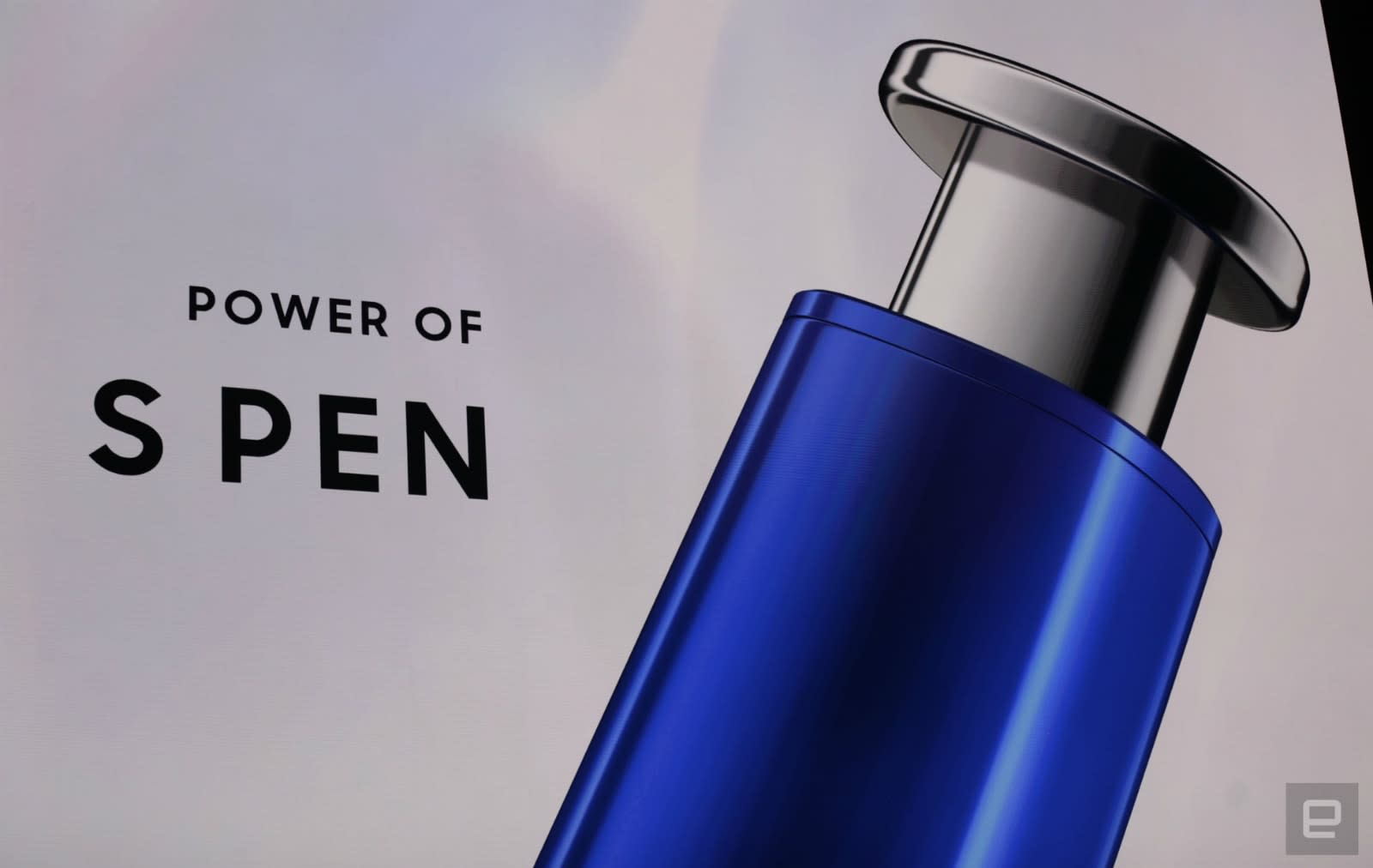 Today, Samsung confirmed a poorly kept secret. The Galaxy Note 10 S Pen will offer gesture controls, or "Air Actions." This goes one step further than the Note 9 S Pen, which acts as a remote control. Now, you'll be able to control the Note 10 (and Note 10+) with a wave of the stylus. The S Pen will allow you to activate shortcuts and perform specific actions by drawing shapes above the screen. As you can with the Galaxy Tab S6, you'll be able to swish-and-flick to switch between front- and rear-facing cameras and toggle through camera modes.

This isn't totally a surprise, as there was a lot of speculation and even a leak ahead of today's Unpacked event. But now we know this is more than just a wishful rumor. Samsung also announced that you'll be able to use the S Pen to control YouTube, and it's opening the Air Actions SDK to developers. So we might see more games and apps getting customized controls in the near future.

The re-designed stylus also offers more flexibility when it comes to converting handwriting to digital text. You can now customize notes by shrinking, enlarging or changing the color of text, and you'll be able to export notes in different formats, including Microsoft Word. Those updates should be useful, considering that one of our biggest complaints with the Note 9 S Pen was that it was hard to see and change the font when you used Screen Off Memo. The S Pen also works with the video editor, which could make it easier to select the exact moment you want to edit.

The S Pen will compliment a couple of other new features coming to the Note 10 and Note 10+. Gamers and vloggers who use the new Screen Recorder can use the S Pen to annotate the footage as they record. And if you use the new AR Doodle, you can add drawings, effects and animations with the S Pen. Plus, its redesigned battery is meant to last hours on a single charge. To recharge, you'll simply slide the S Pen back into your Note.

For better or worse, the S Pen does not have a camera. Earlier this year Samsung was granted a patent for a stylus with an integrated camera -- complete with an optical zoom. As always, there's no guarantee that a patented idea will ever become a reality, but this is one we will continue to watch out for.

In this article: air actions, annotate, font, gadgetry, gadgets, Galaxy Note 10, galaxy note 10+, gear, gesture controls, gestures, handwriting, mobile, Note10event, s pen, samsung, screen recorder, sdk, stylus, text, update, video editing
All products recommended by Engadget are selected by our editorial team, independent of our parent company. Some of our stories include affiliate links. If you buy something through one of these links, we may earn an affiliate commission.