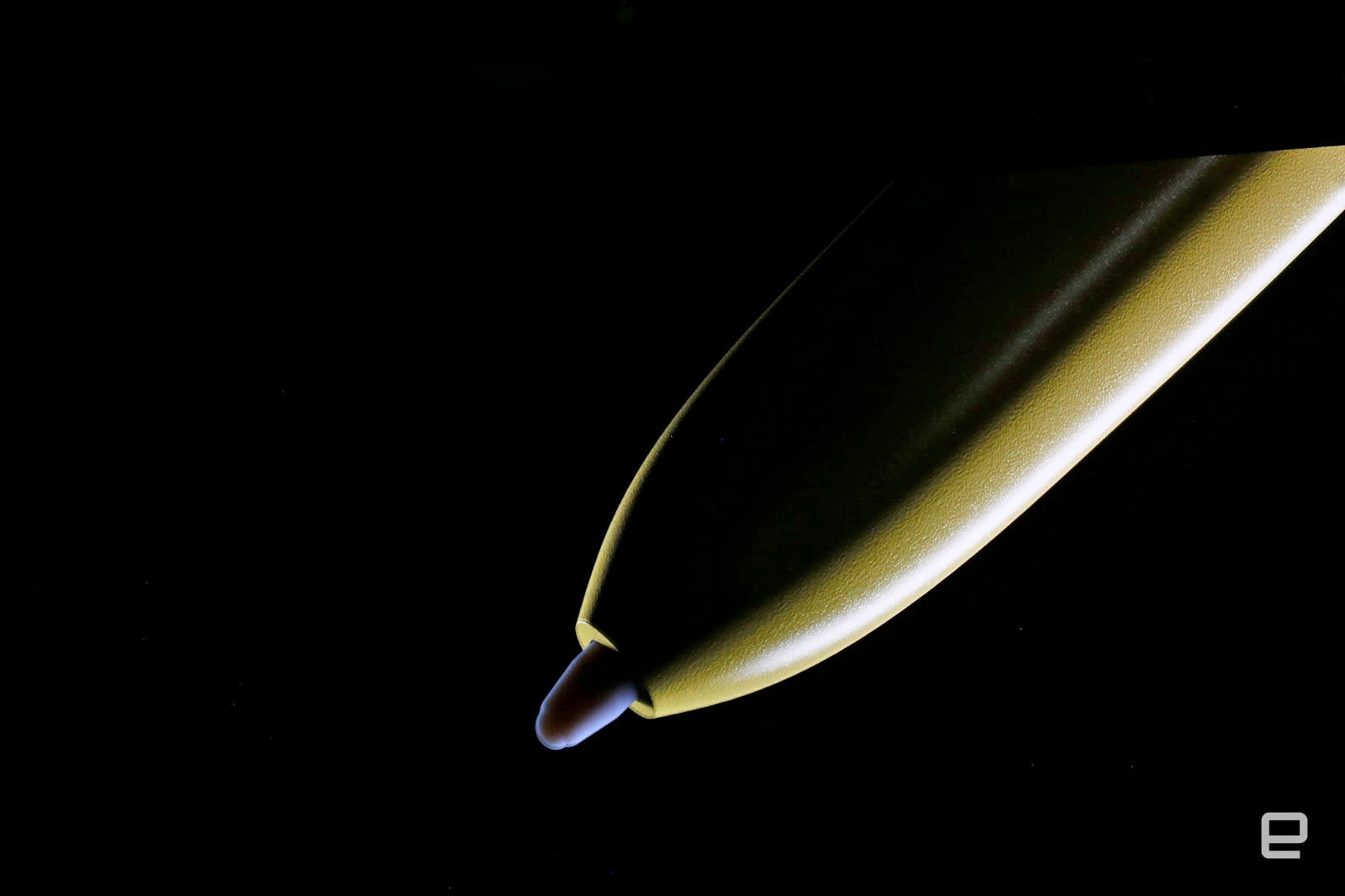 As we geared up for today's Samsung event, the announcement for which teased us with a close-up image of the Galaxy Note 9's S Pen, there's been a fair bit of speculation regarding what new features might be coming with the phone's redesigned stylus. An FCC filing that surfaced last month gave us a peek -- namely that it would be Bluetooth-enabled -- but today we got to see what the S Pen can do and how it works with the Note 9.

Samsung confirmed today that the S Pen comes with Bluetooth, and it's calling it the "ultimate remote control." You can use it to tell the Note 9 to snap a picture, to play or pause music, or to control slides for a slide show -- which the Samsung team did onstage. The redesigned stylus also now has a finer, more sensitive nib. Plus, the S Pen charges in the Note 9 in just under a minute.

And we can expect more uses for the S Pen in the near future. Samsung says it will be opening up its SDK to everyone so that developers can integrate the S Pen's remote control features in their apps.

In this article: gadgetry, gadgets, galaxynote9, gear, mobile, note9event, pen, samsung, SPen, stylus
All products recommended by Engadget are selected by our editorial team, independent of our parent company. Some of our stories include affiliate links. If you buy something through one of these links, we may earn an affiliate commission.