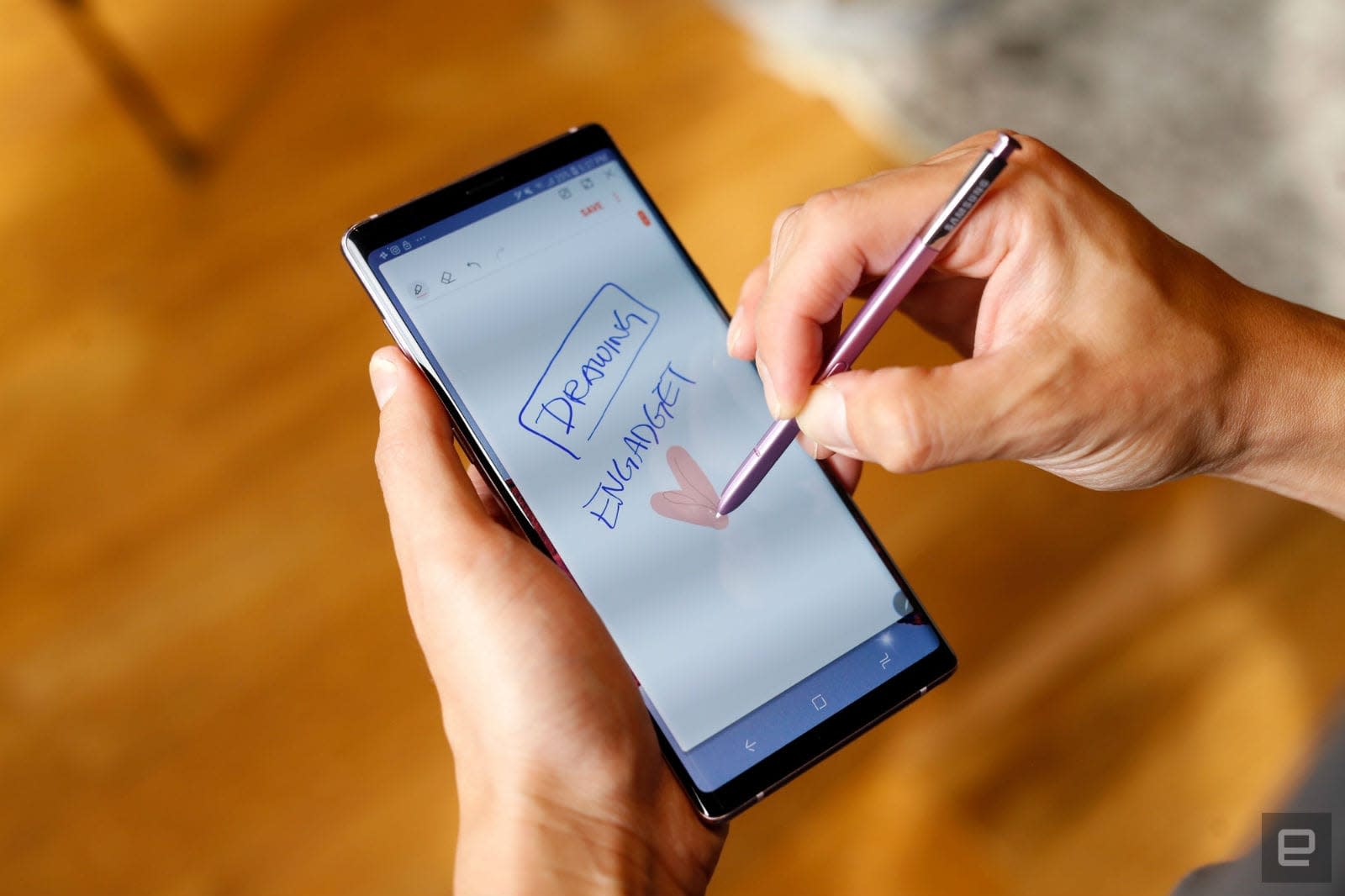 Samsung already jacked up its Galaxy Note 9 stylus with the addition of Bluetooth, now it could be plotting a camera for it too. An S-Pen with an integrated snapper that lets you wirelessly send images to your phone or tablet is laid out in a newly-granted patent, spotted by Patently Mobile. But it won't just be any old camera. The upgraded stylus would boast optical zoom, a feature that most phones tend to skip nowadays in order to stay trim (remember the bulky Galaxy S4 Zoom?). Of course, Samsung also has to think of the privacy implications: chances are, people won't take kindly to users secretly capturing close-ups of them. 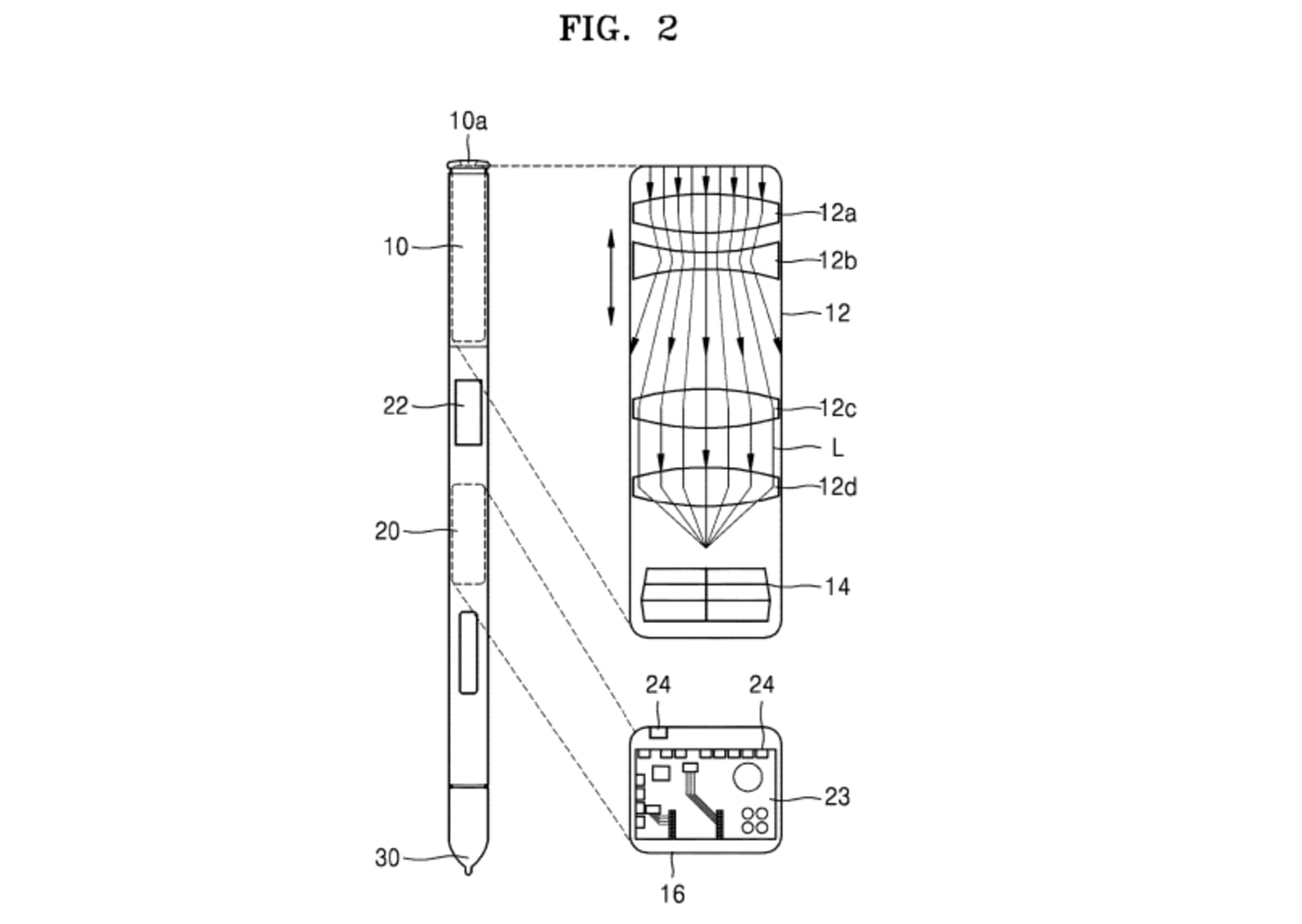 Judging by the patent, Samsung is experimenting with a few set-ups for its concept. In one illustration, the lens is placed in the upper chamber of the S Pen with a control key that lets you toggle the zoom. Another sketch shows multiple camera lenses positioned within the stylus. The current S Pen is fitted with a clicker that lets you take snaps with the Note 9. But this future version could free you up to take a bigger range of shots with the phone acting as a viewfinder. That's if it ever makes it out of the concept phase and to the masses.

It's not the only futuristic stylus being etched out either. Last year, an Apple patent revealed a next-gen Pencil that could draw in mid-air. More recently we've seen Microsoft release a smaller Classroom Pen for kids and Logitech's Crayon for the 2018 iPad.

In this article: gadgetry, gadgets, gear, patent, samsung, SamsungSPen, SPen, stylus
All products recommended by Engadget are selected by our editorial team, independent of our parent company. Some of our stories include affiliate links. If you buy something through one of these links, we may earn an affiliate commission.