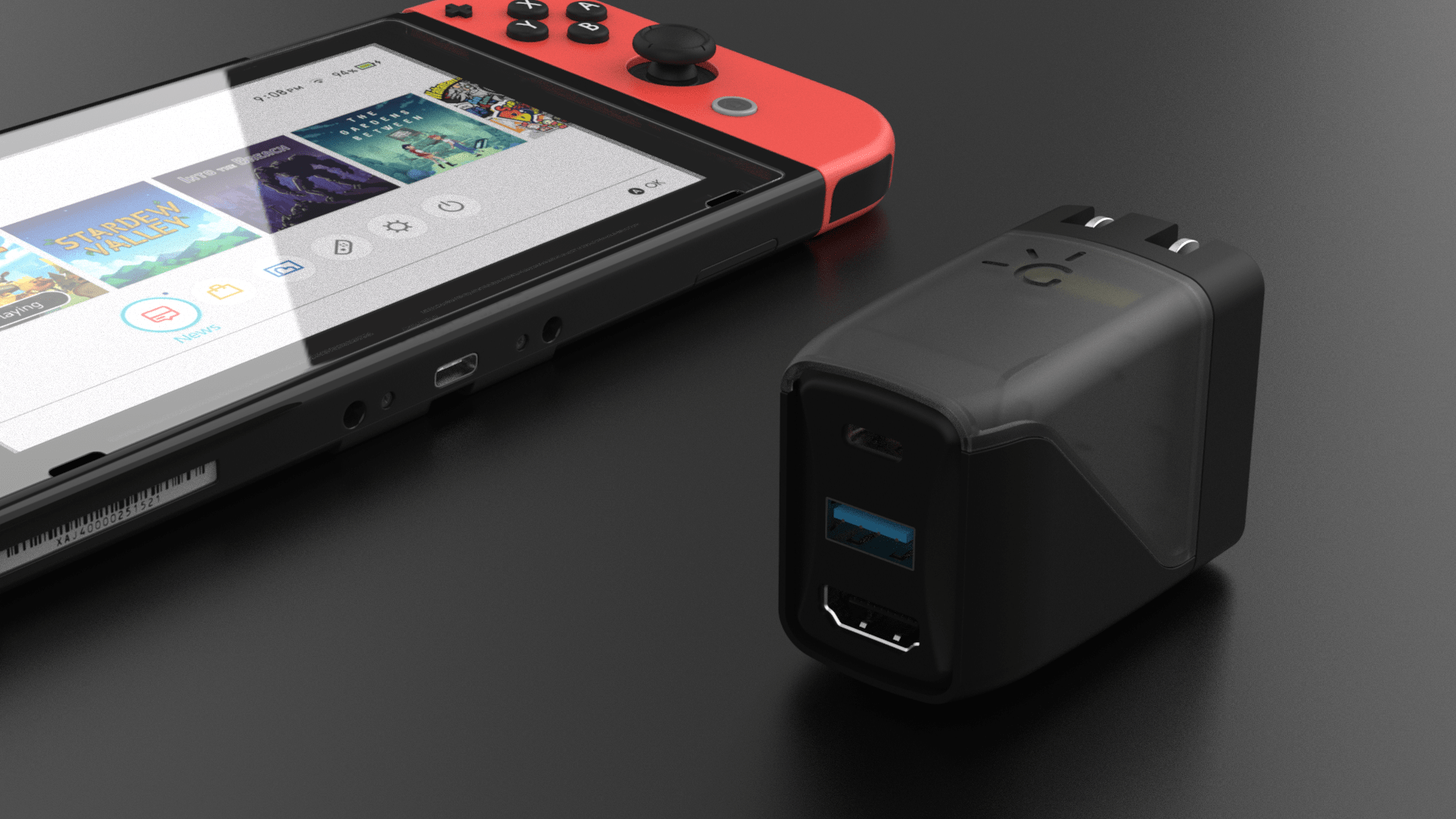 If you're looking for a portable way to play Nintendo Switch games on a big screen, a new Kickstarter project from accessory maker Human Things, creators of a Switch Bluetooth audio dongle, might be just what you need.

Described as a "covert dock", the Genki is a charger with a dock hidden inside. The idea is to make the dock and charger small enough that you can take them with you when you travel with your Switch.

The charger features include foldable prongs and USB-C charging, with dock outputs for HDMI and a USB 3.1 accessory port. It's not a "dock" in the sense that you sit your Switch in the device. Instead, you plug your switch into it and plug it into a TV or display via HDMI. Then you can play your Switch games on a large screen with minimal fuss.

The device is compact, being advertized as ten times smaller than the original Switch dock, and should fit in a pocket. Interestingly, Human Things says it will work with other gadgets as well as the Switch. It can take display data from USB-C and process it for HDMI output, so it can be used for both displaying images on second screens and fast-charging phones and laptops, even USB-C-only MacBooks.

As always, Kickstarter projects aren't guaranteed to work out, so proceed with caution. But if you want to get your hands on a tiny Switch dock you can pledge support for the early bird price of $49.

In this article: charger, gear, human things, nintendo, personal computing, personalcomputing, portable dock, switch, switch accessories, switch dock
All products recommended by Engadget are selected by our editorial team, independent of our parent company. Some of our stories include affiliate links. If you buy something through one of these links, we may earn an affiliate commission.