A subtle effort to kill repair shops, or clumsiness?

Imagine you dropped your smartphone and its display shattered -- something that happens around 50 million times in the US each year. Unless you're pretty handy, your first port of call is likely to be Google to look for a nearby repair store, but there's a problem. The search engine has blocked paid-for ads below relevant search terms, making it harder to find help.

For businesses, the first space below the search bar is some of the world's most desirable real estate. Search for "Nissan repair," and the first entry is a link to Nissan's official site, paid for by Nissan itself. Do the same for "iPhone repair," "cracked phone display" or "broken Pixel" and no such ad appears, you just get the maps layout and organic search results.

The reason why is either the first blow in a proxy war over the right to repair, or the unintended result of a heavy-handed attempt to tackle fraud. A year after the change was implemented, however, the repair-store community is demanding answers -- something Google promised but has yet to deliver on.

The majority of people using Google will click the first link shown to them, and that spot is available to rent, for a price. Unfortunately, this combination of trust and commerce means that top spot on Google is an easy target for fraudsters. Tech support scams will direct unwitting users to official-looking websites that dupe people into downloading malware.

On August 31st, 2018, The Wall Street Journal published an exposé into these scams and how they operate. On the same day, Google's David Graff published a response outlining how the company would deal with the problem. The director of Global Product Policy said that Google had seen a "rise in misleading ad experiences, stemming from third-party technical support providers."

As a consequence, Google began restricting ads in the relevant categories, namely for tech support. The search giant updated its policies to reflect this, blocking ads related to "third-party consumer technical support." Below it, a non-exhaustive list of examples: "Technical support for troubleshooting, security, virus removal, internet connectivity, online accounts (for example, password resets or login support), or software installation."

In the months that followed, however, hardware repair businesses found their ads blocked by Google. In May 2019, xiRepair owner Jonathan Strange wrote that, despite being approved to use Apple trademarks in its ads, Google refused the placement. Strange believes that Google may have started with just software keywords and is now targeting phrases like 'phone repair.' 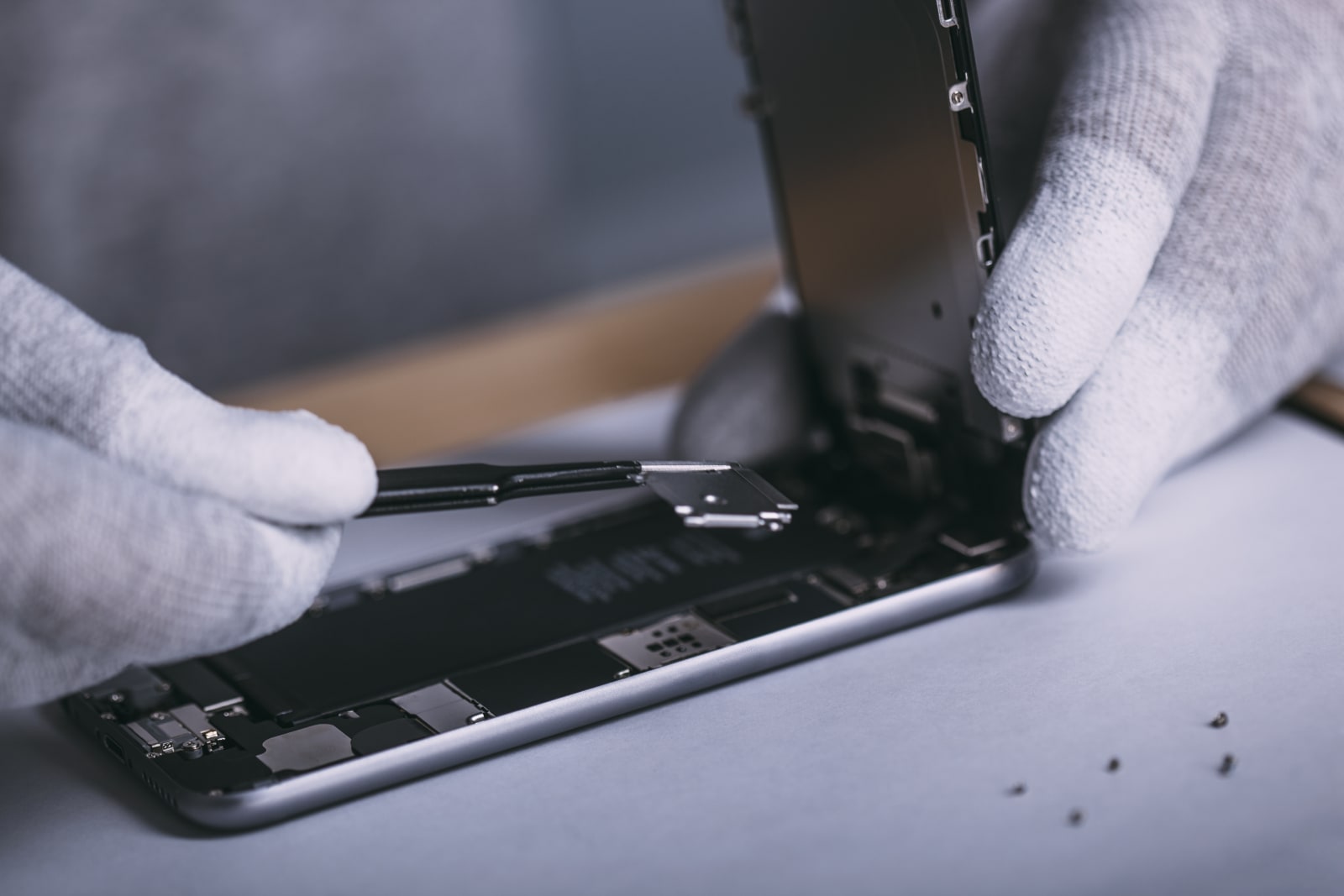 But Google has never made it clear that it is now targeting ads for hardware repair. And its silence has angered business owners and those in the wider right-to-repair movement, who feel Google is undermining their efforts. Late last month, repair website iFixit published an open letter to the FTC, saying that Google's decision to block ad placements "deserves scrutiny." Later on, the company added that businesses that take "mail-in repairs" are "out of luck."

In a statement to Engadget, the FTC said it could not speak about allegations made against specific companies. It doesn't appear that Google would be liable for regulatory scrutiny in the near future, however. "It's very unlikely that Google is using its Android power to gain a monopoly in hardware," says antitrust lawyer Joel Mitnick; "it would be a difficult case to pursue." Essentially, because Google's own Pixel hardware business is so small, it isn't subject to monopoly rules.

"It's easy to mistake willful ignorance for malice," said iFixit Repair Advocate Kevin Purdy in an interview with Engadget, "and in this case, frustratingly, it's that Google is just deaf to the complaints of repair shops." He feels the issue is one where Google clumsily implemented a ban before thinking it through. Purdy also feels that Google stands to lose, since it will encourage repair companies to game the algorithm, something Google tells people not to do.

One issue is that Google isn't explaining or administering its policies in a manner that outsiders can understand. Google's policy on the use of trademarked words explicitly says that "third parties may properly use trademarks in certain circumstances" -- including (emphasis ours) "by resellers to describe products." But Phone Ninja in Australia was rejected on the basis that it used "brand-name repair terms from our website," according to owner Bradley Penniment.

"Unfortunately, repairs are 95 percent of our revenue," added Penniment, saying that removing key search terms would be inadvisable. The owner believes that the ads crackdown is having a significant detriment on his business, with revenues falling by a fifth compared to last year. Unless phones have gotten significantly more sturdy, or the ad crackdown is hurting people. And this experience is not unique to Phone Ninja: Many others are complaining of falling revenues.

One potential consequence is users with damaged hardware can only use official repair channels. That may cause people to get inadequate support and force them to spend more for similar service. A CBC investigation from 2018 found that Apple Store support had a track record of overcharging for minor work, or in one example, saying that repair work would cost $1,200. A third-party store, however, found that the real issue was a loose wire and fixed it for just $75 -- saving the customer money and keeping a laptop out of the trash.

The Repair Association, a group that represents more than 60 technology and civil-liberties bodies, including the EFF, polled store owners. In a survey, with people who self-reported as the owners of a repair store, a majority said that they had been rejected for offering "Third-party consumer technical support." In rejection emails, shared with Engadget, Google does not offer an explanation, just that phrase and a link to the relevant section of its policy.

"There is no alternative to Google," writes one respondent, noting that they are struggling to find other places to advertise. Others bemoan the slowdown in business that the crackdown has caused, while many others are still chasing a verification system promised by Google. 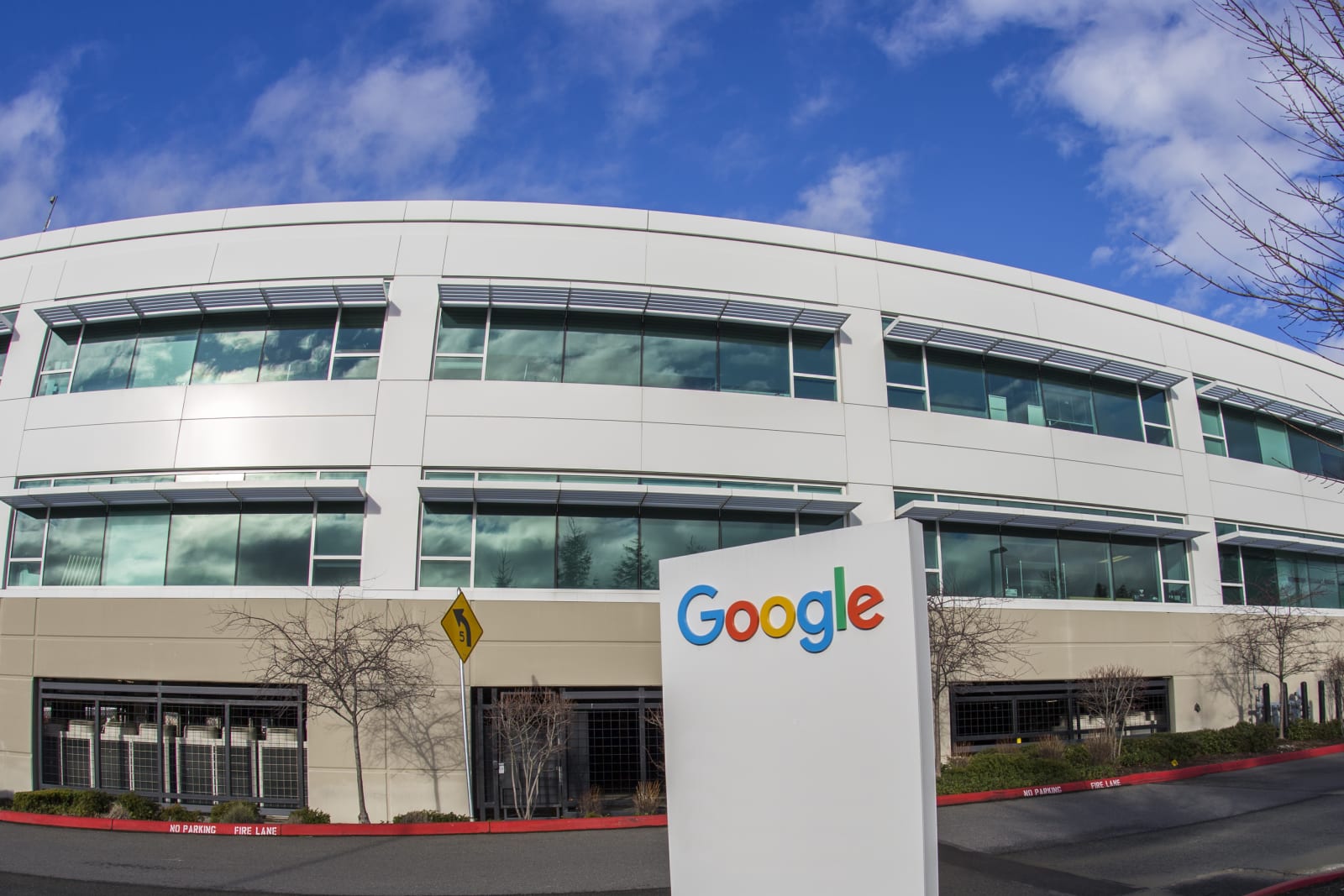 "In the coming months," wrote David Graff in his response to the WSJ's August 31st exposé, "we will roll out a verification program to ensure that only legitimate providers of third-party tech support can use our platform to reach consumers." Close to a year later and no verification system has been made available, despite the clamor from repair stores looking to have their ads reactivated.

Google already has experience running a similar kind of verification program. Locksmiths and garage door companies in the US can only run ads on Google if they apply, demonstrating compliance with the law and up-to-date paperwork. Google says that this process takes two weeks to complete -- so what is the issue with phone repair?

It could be that there are no globally-recognized repair industry bodies that could offer legitimate certification. Since the repair industry mostly comprises small, independent firms, there's little lobbying power or clout to create a universal standard. Only some states, like California, offer registration. Google may be unable (or unwilling) to make the added effort to create one for such a small business community. The fact the company hasn't communicated about this since August 31st 2018 is frustrating to the companies that are struggling.

"The way it was done was dishonest," says Phone Ninja's Penniment, "especially when you consider that it is now 12 months since David Graff announced that a verification system would be rolled out 'in the coming months.'" At the time of publication, Google was unable to provide comment and could not make relevant executives, such as David Graff, available for interview.

At the same time, Google says it is "creating products with people and the planet in mind," and this week published new hardware sustainability commitments. It pledged that its first-party devices would ship in a carbon-neutral way by 2020, and that 100 percent of its devices would include recycled materials by 2022. Google neglected to mention ways it wants to make those same devices more repairable. Its hardware division isn't tied to search, but they remain two parts of the same company.

Google isn't the only one offering mixed messages. On Apple's environment page, the company boasts that its products are "built to last as long as humanly possible." But Apple and other companies have sought to block attempts by individuals to repair their devices. Earlier this year, Motherboard uncovered records showing that Apple, Verizon and Lexmark bankrolled a campaign to kill a right-to-repair law in New York.

According to Justin Ashford from the YouTube channel The Art of Repair, Apple will not offer battery health warnings for third-party repairs. iFixit subsequently confirmed that third-parties will not be able to properly replace a broken iPhone battery, only those approved by Apple itself. It notes that this is the equivalent of a check-oil light that only a Ford dealership can reset, even if you change the oil yourself."

Convenience aside, if companies can gatekeep who gets to repair their devices, or increase the price to an unsustainable level, the result will be more e-waste. More junk that harms both the people who have to deal with it and our planet as a whole.

All products recommended by Engadget are selected by our editorial team, independent of our parent company. Some of our stories include affiliate links. If you buy something through one of these links, we may earn an affiliate commission. All prices are correct at the time of publishing.
View All Comments
Thank Google for making it harder to find a phone-repair service