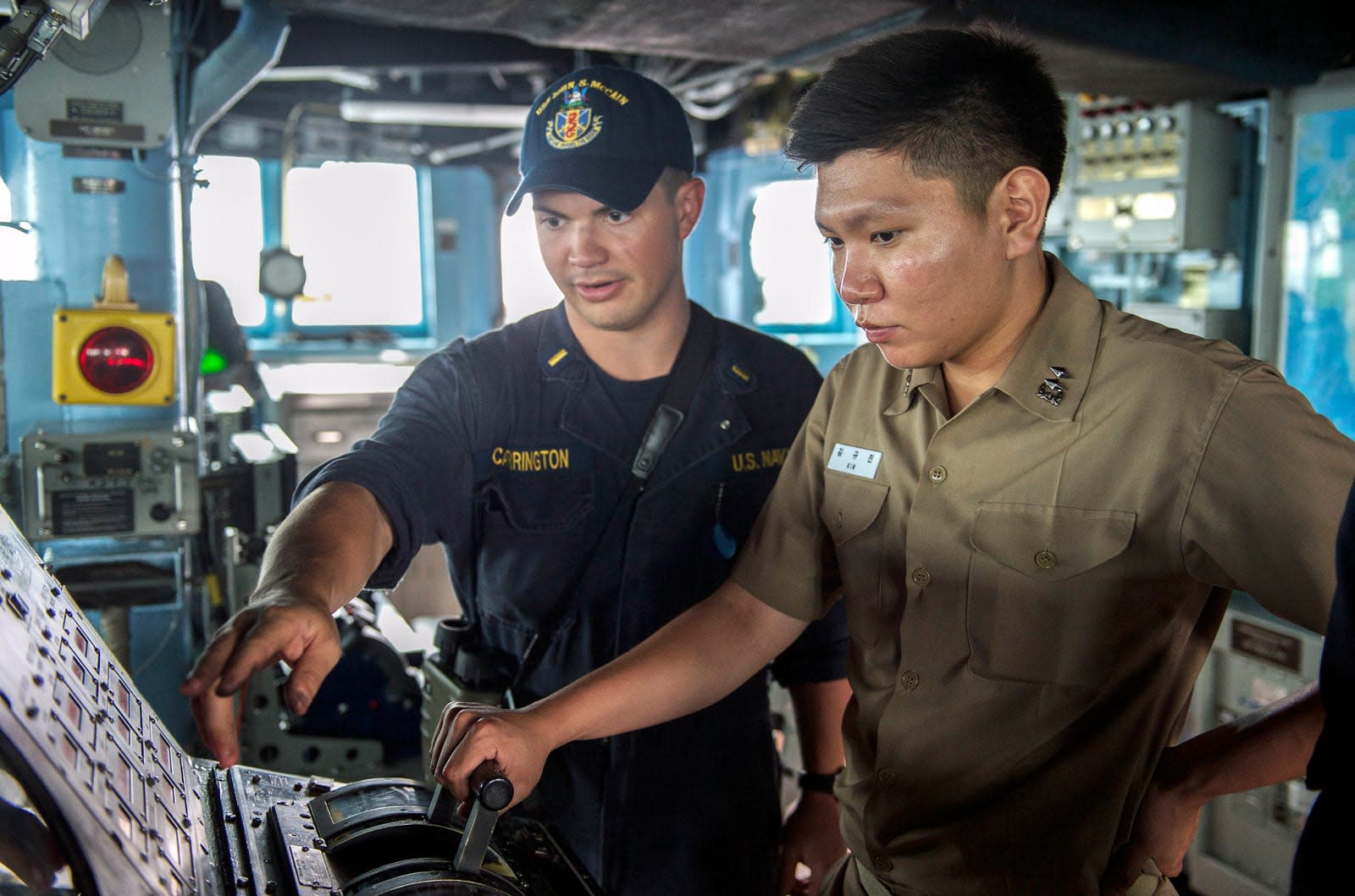 The US military normally embraces technology whenever possible. This time, however, it's taking a conspicuous step back. The Navy will ditch touchscreens on destroyers within the next 18 to 24 months, reverting instead to conventional helm controls and physical throttles. The decision came in response to feedback from the fleet after an investigation into the USS John S. McCain's collision in 2017, which killed 10 Navy sailors. The report found that the warship's complex touchscreen interface and poor training played a role in the crash with a Liberian-flagged vessel.

The switch will affect all DDG-51 class (Arleigh Burke) ships using the Integrated Bridge and Navigation System. You should see the first change in summer 2020. The first in-service ship to make the leap will be the USS Ramage, while the first brand new destroyer to drop touchscreens will be the USS Ted Stevens.

The decision isn't so much a flat-out rejection of technology as an acknowledgment that it has to make sense and be easy to use. Program Executive Officer for Ships Rear Admiral Bill Galinis noted that the feedback slotted into the "just because you can doesn't mean you should" mindset. The Navy adopted touchscreens without considering that the system was "overly complex," and that there should be "bridge commonality" to help sailors adjust if they're transferred to another ship.

This isn't to say the Navy is giving up on bridge touchscreens altogether. However, Navy chief engineer Rear Admiral Lorin Selby noted that any interface needed to be consistent and help crews "quickly pick up" on a given situation. Warships need to be intuitive to operate -- the consequences are serious if they aren't.

In this article: boat, destroyer, gadgetry, gadgets, gear, helm, military, navy, ship, ships, touchscreen, transportation, us navy, wargadget, warship
All products recommended by Engadget are selected by our editorial team, independent of our parent company. Some of our stories include affiliate links. If you buy something through one of these links, we may earn an affiliate commission.