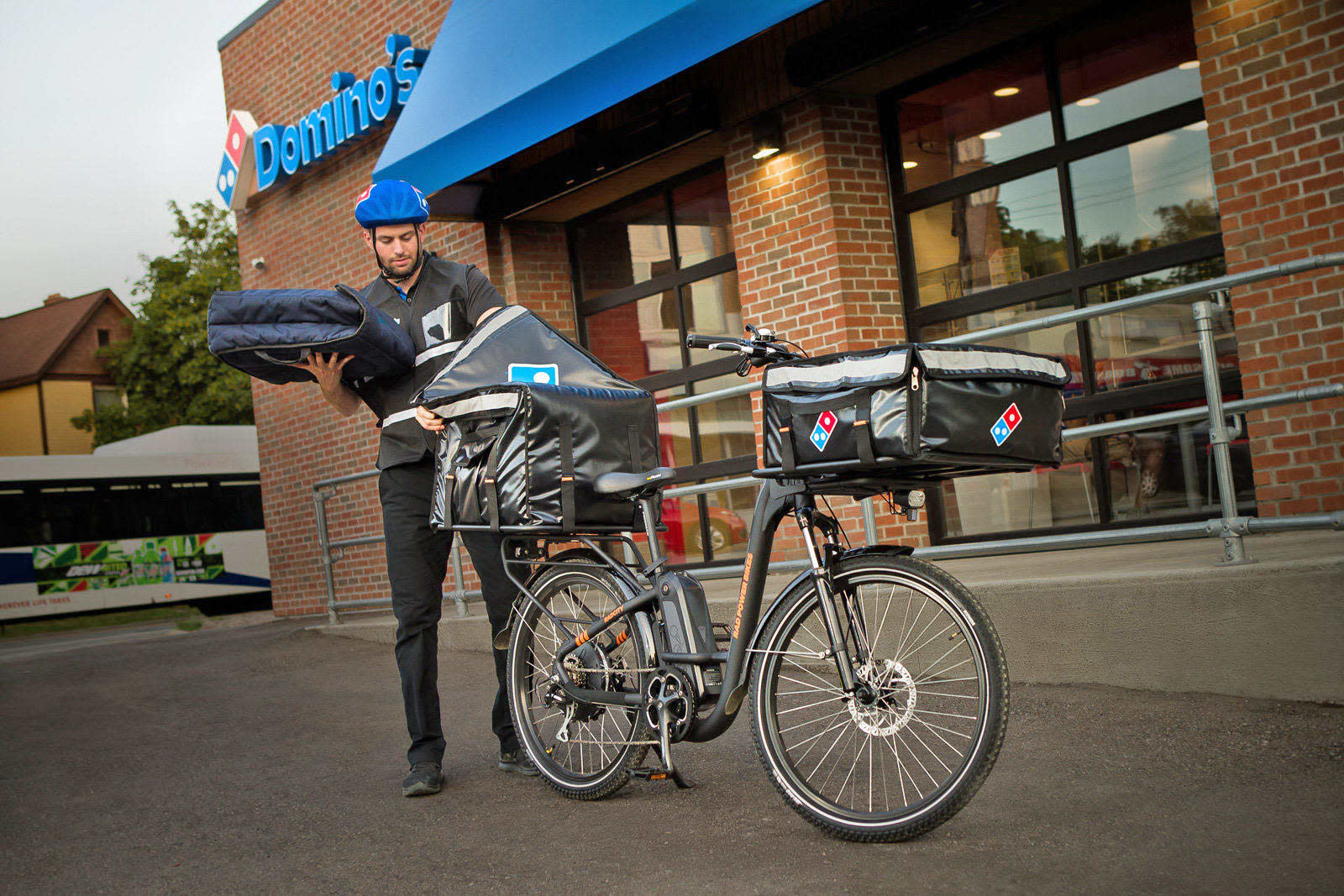 Domino's Pizza is once again adopting cutting edge delivery vehicles, although you're much more likely to see these ones in action. In the wake of successful tests, the restaurant chain is launching a US-wide e-bike delivery program that will give stores the choice of using custom Rad Power e-bikes to carry pizza. They're typical electric two-wheelers at their heart with motors that assist pedaling for 25 to 40 miles on a charge with a 20MPH top speed, but they also include front and rear insulated cargo spaces that hold a combined 12 large pizzas. A delivery person could make several stops before having to cycle back to home base.

It's not hard to see the allure. They're not only more environmentally friendly than cars, they can sometimes be faster when riders don't always have to wade through traffic or grapple with parking. E-bikes also ensure that couriers won't have to struggle with hills. And since they're ultimately bicycles, this opens up delivery jobs to people who people who can't (or don't care to) drive.

You won't have to wait too long to see the bikes in action. Domino's already plans to deploy "hundreds" of the bikes in Baltimore, Houston, Miami and Salt Lake City later in 2019. While they're not going to completely replace four-wheeled transport, they could significantly reduce overall car usage -- particularly in places where conventional bikes weren't quite good enough to deliver your pizza on time.

In this article: bicycle, bike, delivery, dominos, dominos pizza, e-bike, food, food and drink, food-and-drink, foodanddrink, gear, pizza, rad power bikes, restaurant, transportation
All products recommended by Engadget are selected by our editorial team, independent of our parent company. Some of our stories include affiliate links. If you buy something through one of these links, we may earn an affiliate commission.