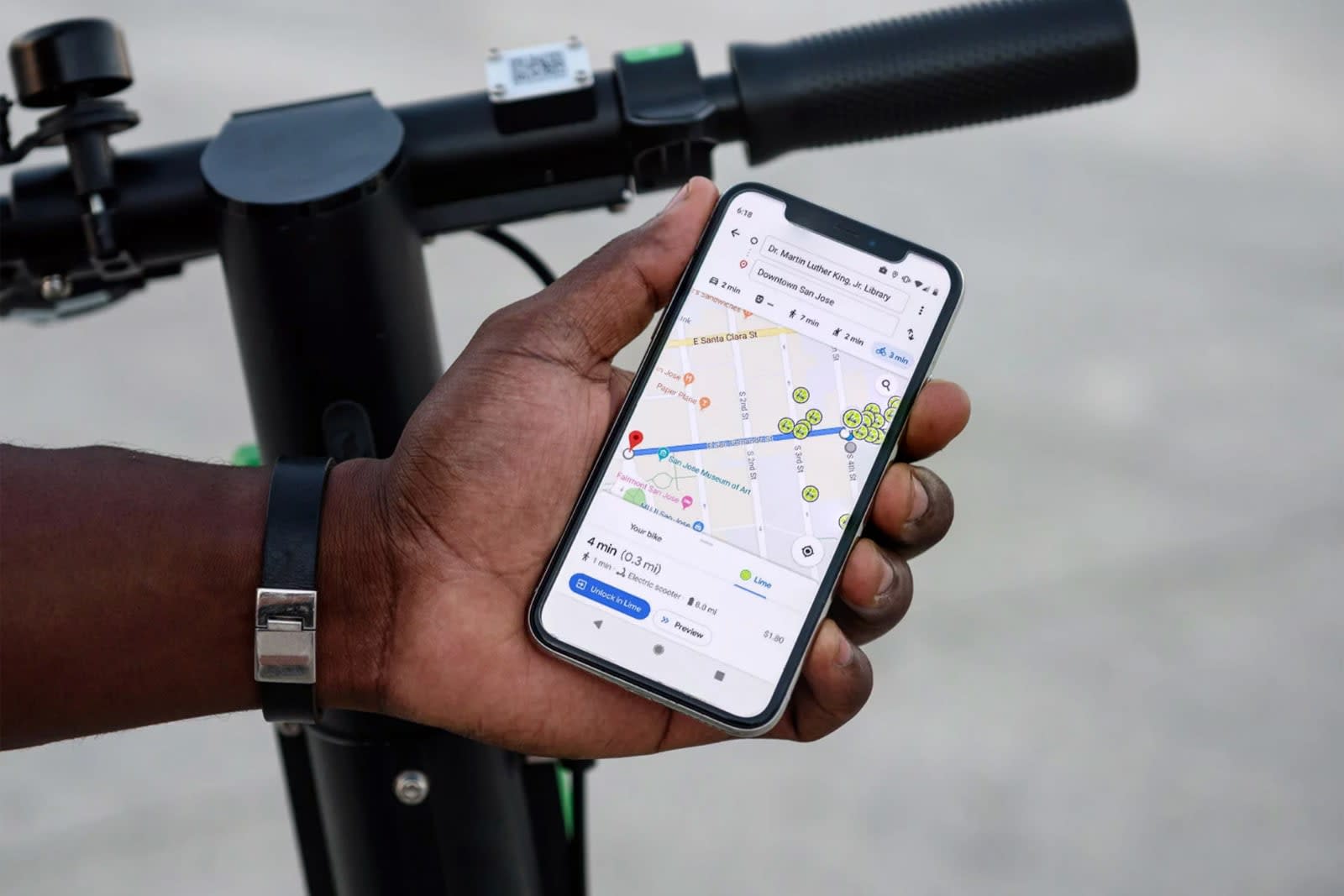 Google Maps is making it easier to find a Lime bike or scooter on your own terms. As of today, the Android version of Google's app (iOS is due in the "coming weeks") can help you find Lime rides in the cycling and walking tabs, not just transit -- helpful if your leisurely stroll to work suddenly becomes much more urgent. You'll get detailed info like the time to walk to a scooter, the estimated ride cost, battery range and the all-important ETA. On-foot travelers will receive suggestions for Lime rides as an alternative when it's viable.

You'll still have to unlock a given vehicle inside the Lime app, although there will be a handy shortcut for that in Maps.

The expansion is available now in dozens of participating cities, including urban centers like Chicago, Los Angeles and San Jose in Lime's home country as well as major international cities like Berlin, Calgary, London, Paris, and Rio de Janeiro. It's a not-so-subtle attempt to boost Lime usage, of course, but it could be helpful for those moments when a car or bus was never going to be an option.

In this article: android, app, bicycle, e-scooter, gear, google, google maps, internet, ios, lime, mobile, scooter, services, transportation
All products recommended by Engadget are selected by our editorial team, independent of our parent company. Some of our stories include affiliate links. If you buy something through one of these links, we may earn an affiliate commission.