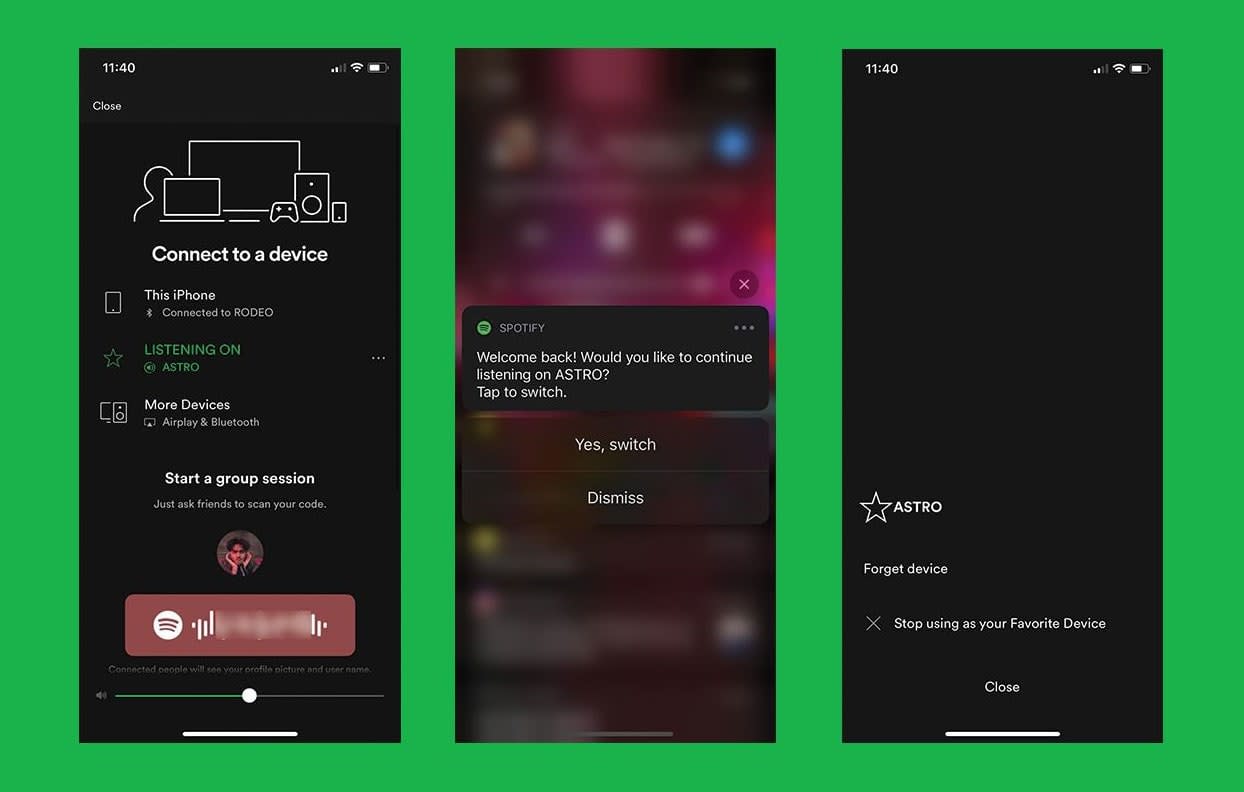 A Spotify feature currently in testing will make it easier for users to switch playback between their phone and home speakers. Once the user sets a favorite device, the app will keep an eye on your location and send a notification to your phone when you're within range of the device. If you're listening to music on your phone while walking home, for example, you'll get a notification prompting you to switch to your smart speaker once you walk through the door.

This streamlines the handoff experience, as users won't have to open Spotify and dig through menus to change devices; a single button handles it all. The feature seems to still be in testing, and tech blog Thurrott reports that the notification isn't always sent. But given the brand's focus on the Spotify Connect feature set and Spotify Everywhere device integration, the bugs will likely be squashed sooner rather than later.

Apple has a similar feature planned, which will automatically switch from a nearby iOS device to HomePod playback. Announced in January at CES, the feature will be part of iOS 13, coming this fall.

In this article: audio, av, entertainment, homepod, mobile, music, music streaming, smart speaker, Spotify, Spotify Connect
All products recommended by Engadget are selected by our editorial team, independent of our parent company. Some of our stories include affiliate links. If you buy something through one of these links, we may earn an affiliate commission.