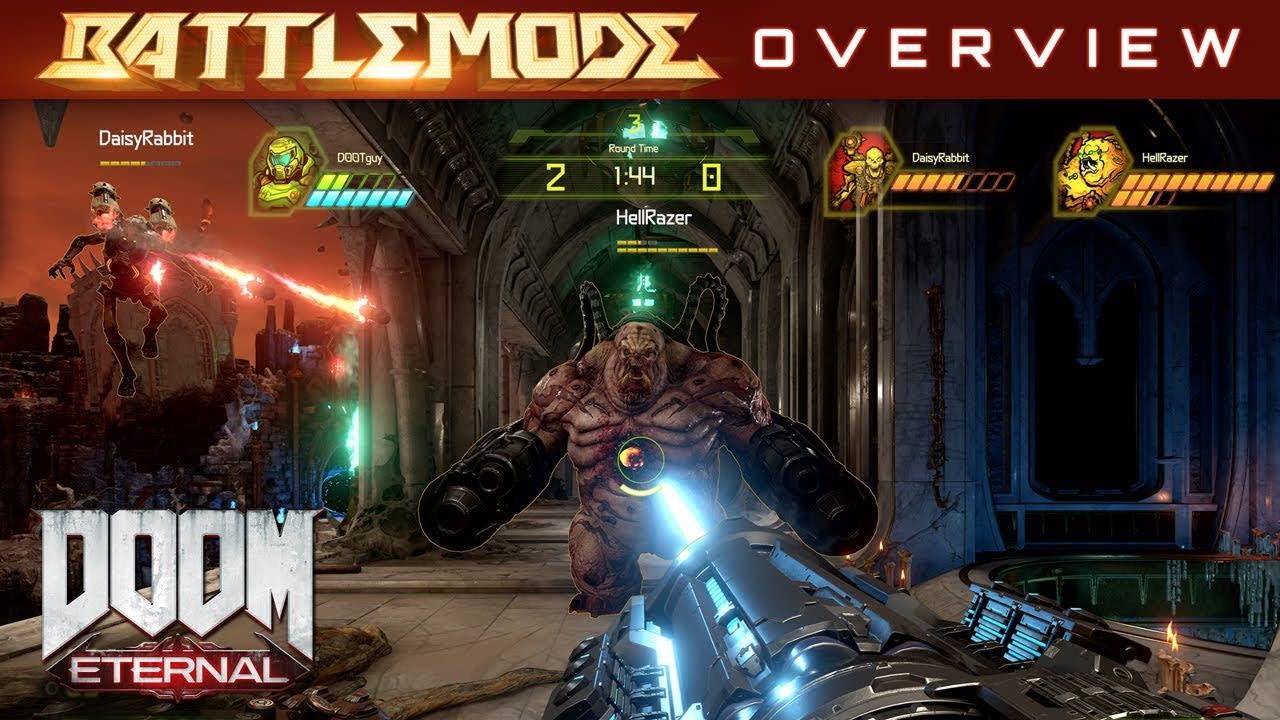 Id Software and Bethesda breathed new life into Doom with their 2016 entry into the gory FPS series, but fell short when it came to the game's multiplayer mode. "There was not a lot of Doom in our multiplayer in 2016, and players noticed that," said executive producer Marty Stratton at E3 2019. The explosive Battle Mode trailer for the sequel, Doom Eternal, proves the game's designers are rectifying that.

Launching on November 22nd alongside the single-player campaign mode, Doom Eternal's multiplayer mode is a strictly 2-versus-1 affair. One player will take on the role of the Slayer, the iconic, green-helmed hero of the series. The other two players can pick between five demons, each with their own pros and cons. The Pain Elemental, for example, can fly but has low health stats, while the Mancubus serves as a tank.

Each side of the battle will have to think strategically to win. The Slayer can generate power-ups or health depending on how he or she kills the opponents, while demons can set traps and summon AI enemies to overwhelm the Slayer.

To win a match, the Slayer must initiate a 20-second countdown, which starts ticking when one demon is killed. If he kills the other demon, the Slayer wins. Otherwise, the first demon respawns with half of its health bar. All the demons have to do to win is kill the Slayer.

In this article: av, bethesda, Bethesda Softworks, Doom, Doom Eternal, gaming, Id Software, microsoft, nintendo, Nintendo Switch, PC Gaming, PS4, sony, Xbox One
All products recommended by Engadget are selected by our editorial team, independent of our parent company. Some of our stories include affiliate links. If you buy something through one of these links, we may earn an affiliate commission.