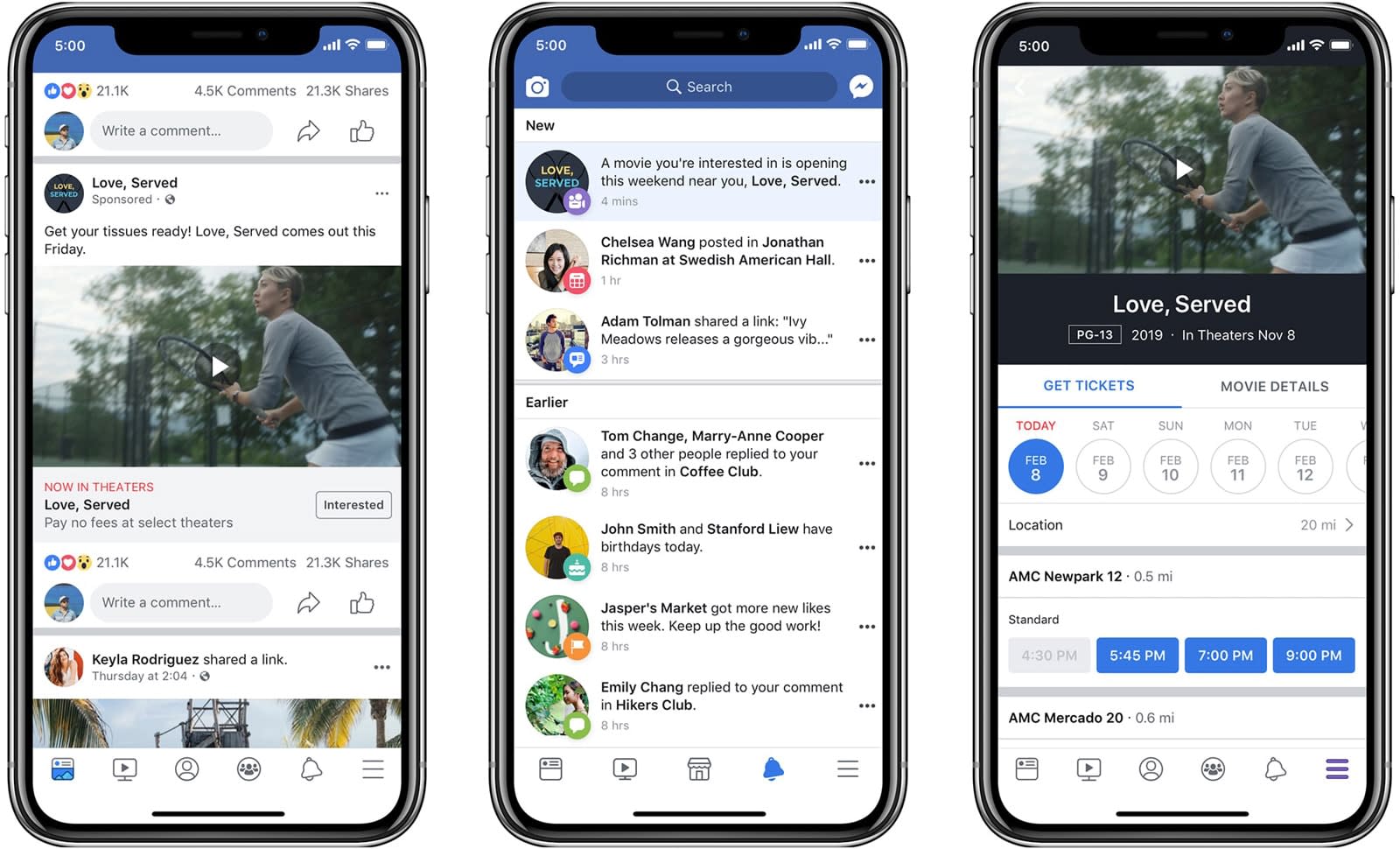 Facebook is hoping you'll do more with movie ads than give them the occasional click or tap. The internet giant is rolling out support for upgraded ads that include premiere reminders. Much like events, you can press an "Interested" button to get a notification when an upcoming blockbuster or heartfelt indie flick is about to reach theaters. The alert will take you straight to the movie page so that you can find showtimes and (through a third-party service) score tickets.

You won't even have to go that far to get showtimes, though. Facebook is also trotting out ads for released movies with a button that takes you directly to a title's showtimes page. If you're moved by a trailer (or just forgot that a movie was already out), you won't have to head elsewhere to start planning your excursion.

Don't expect to see these everywhere just yet. They're available to all movie studios, but only in the US and UK at present. It's nonetheless a start, and it might just give you a reason to pay attention to Facebook's movie ads instead of scrolling past them.

In this article: ads, advertising, entertainment, facebook, gear, internet, movies, showtimes, social network, social networking
All products recommended by Engadget are selected by our editorial team, independent of our parent company. Some of our stories include affiliate links. If you buy something through one of these links, we may earn an affiliate commission.