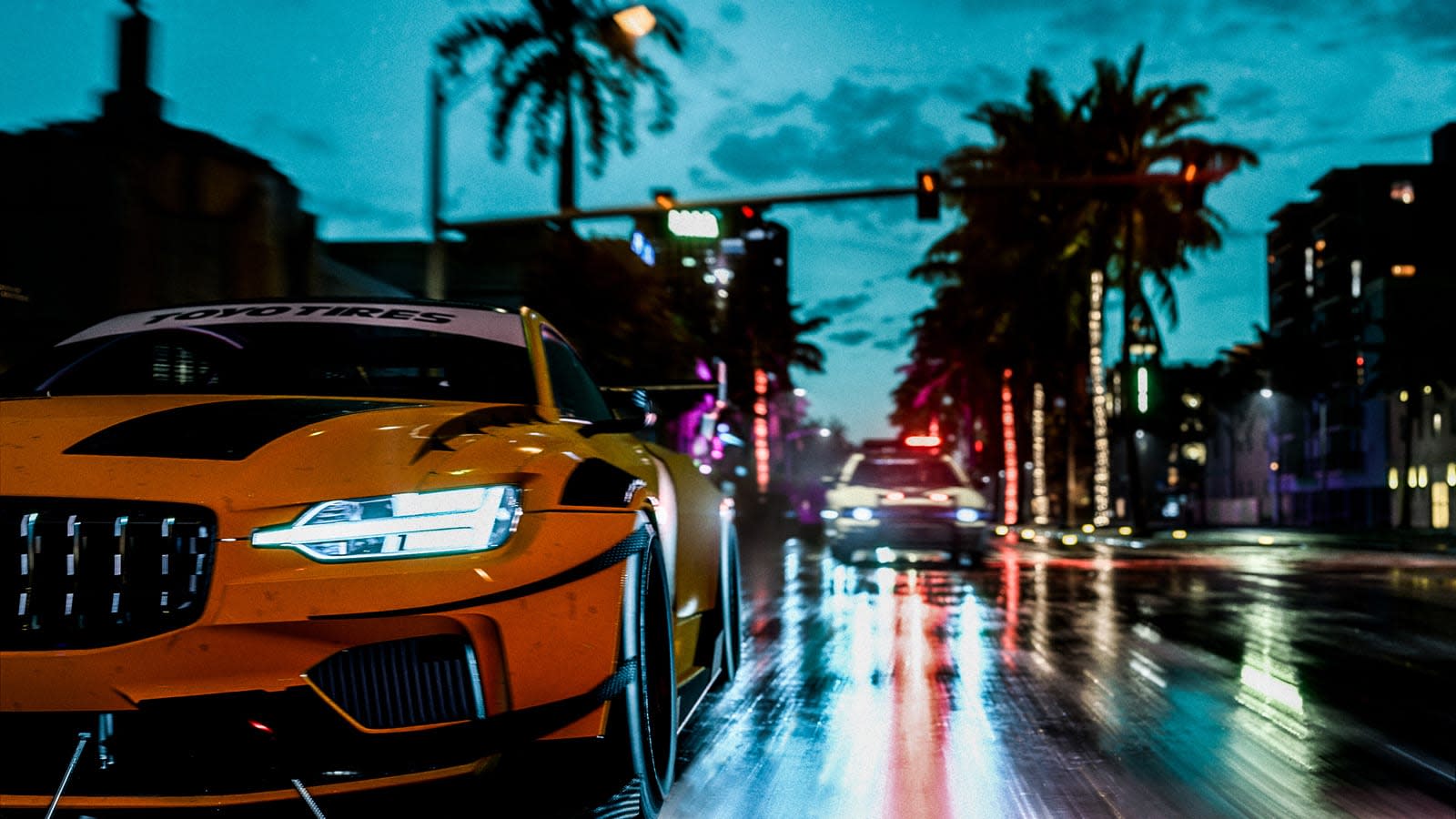 You knew EA couldn't go long without another Need for Speed game. Ghost Games and EA have taken the wraps off Need for Speed Heat, an open world arcade racer that "deepens and expands" the familiar mechanics of street races and police chases. It's a not-so-subtle ode to Miami that has you racing in the fictional Palm City in both sanctioned, money-focused daytime races as well as nighttime underground races that are all about reputation. To no one's surprised, the cops are less than enthusiastic about the after-dark racing -- there's a "rogue police task force" determined to hunt you down.

Not surprisingly, Heat will revolve around adding to your garage and customizing your rides. EA hasn't outlined the full car roster, but hybrids will play a big role -- you're looking at a Polestar 1 above, and the BMW i8 Coupe is an option alongside more conventional whips like the Mercedes C63 AMG, Chevy Corvette Grand Sport, Mitsubishi Lancer Evolution X and Nissan GT-R.

The title comes to PC, PS4 and Xbox One on November 8th, with the customary early access on November 5th for EA Access and Origin Access Basic subscribers.

The biggest question for many would-be buyers isn't so much the quality (Ghost Games has produced the series since 2013's Rivals) as the influence of loot boxes -- "surprise mechanics" in EA lingo. Developers reduced the pressure to buy loot boxes in Payback, but there's no mention of whether or not that system will change significantly in Heat. Microtransactions appear to still be part of the package when EA has teased promises of specially styled cars and clothing, but it's not certain if they'll be merely nice-to-have or skew the gameplay.

Update 8/14 7:20PM ET: There is some comforting news -- the team revealed on Reddit that Payback's speed cards are gone, and that customizations are earned through in-game events. It's not a guarantee that you can fully enjoy the game without paying extra, but it's a positive sign.

In this article: av, ea, games, gaming, ghost games, need for speed, need for speed heat, personal computing, personalcomputing, ps4, racing, video, video games, xbox one
All products recommended by Engadget are selected by our editorial team, independent of our parent company. Some of our stories include affiliate links. If you buy something through one of these links, we may earn an affiliate commission.