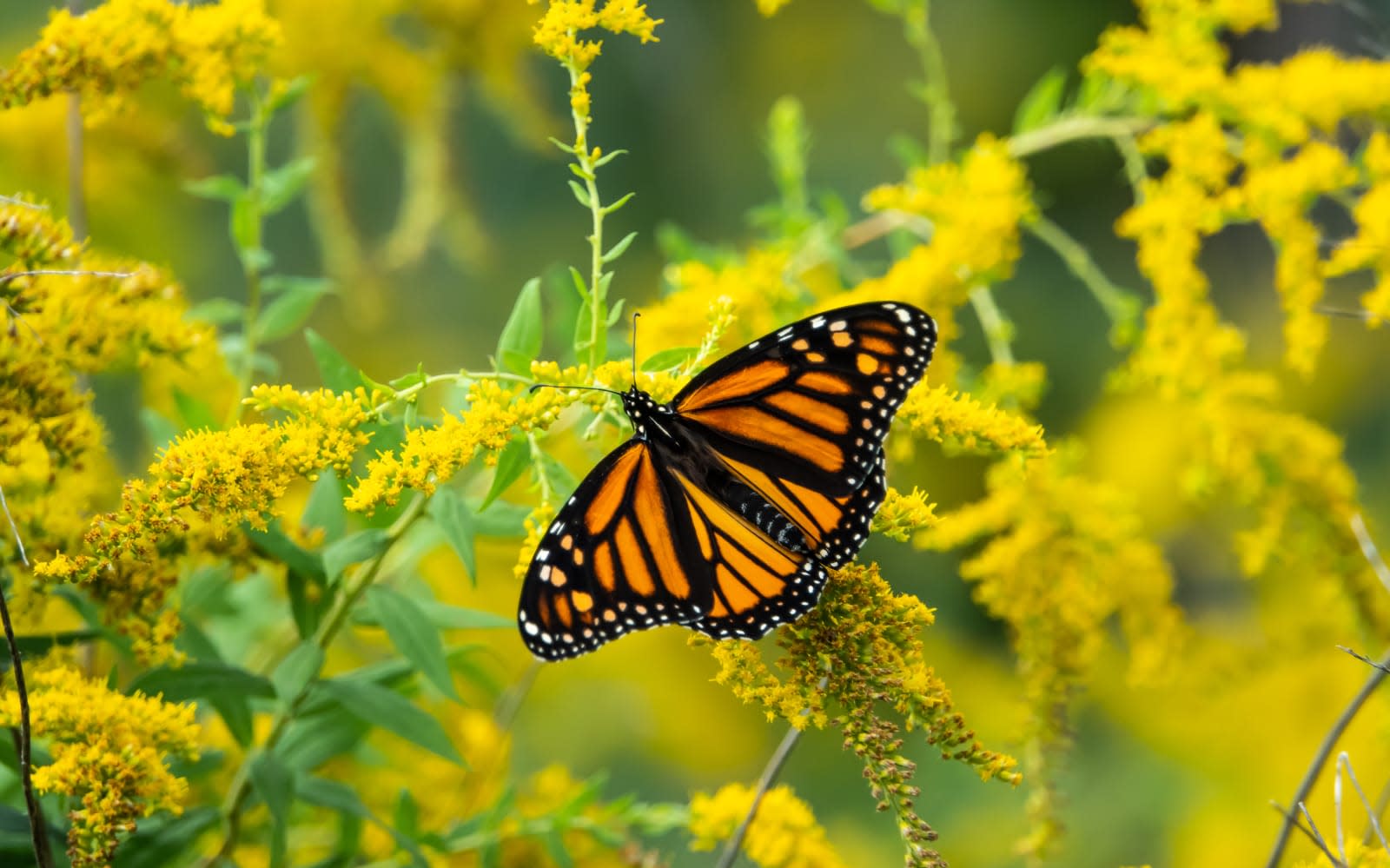 If you've ever pulled out your phone to take a picture of a butterfly, researchers want your help. A team from the University of Maine is using an app that lets citizens scientists along the East Coast take photos of monarch butterfly migration sites and log details about where they're found. The responses will be compiled in an online database and help researchers determine if their monarch migration predictions are accurate.

According to the researchers, monarch butterflies conduct one of the most dramatic migrations in the world. Each fall, the monarchs in New England turn south and begin a 3,000-mile journey to their overwintering grounds. But like all insects, monarchs are dwindling. The number that complete that long migration has fallen by 90 percent in the past two decades, the researchers say.

To better understand monarch migration patterns and ultimately protect those that remain, the researchers from the University of Maine have created a model to determine where the butterflies rest at night, or roost. Because the model covers such a large area -- from Maine to Georgia and from the Atlantic Ocean to the Appalachian Mountains -- it's not feasible for the researchers to confirm their predictions on foot. That's where the app comes in.

The researchers have created a Monarch Model Validator survey in the free Collector for ArcGIS app -- available on Apple, Android and Windows 10. They're asking users to take photos of roosting butterflies at predetermined high-priority sites (indicated by pins on a digital map) or at unmarked locations. Users are also asked to answer a short survey.

While this study is limited to the East Coast, researchers around the globe are studying butterflies and their population declines. According to some findings, the number of butterfly species on farmland in England dropped by 58 percent between 2000 and 2009. If scientists can determine where butterflies rest on their long migrations, they might be able to minimize the damage.

In this article: app, butterflies, butterfly, citizen scientists, collector for arcgis, database, decline, east coast, extinction, gear, gis, green, insect, migration, model, monarch, population, prediction, research, testing, tracking, validation
All products recommended by Engadget are selected by our editorial team, independent of our parent company. Some of our stories include affiliate links. If you buy something through one of these links, we may earn an affiliate commission.