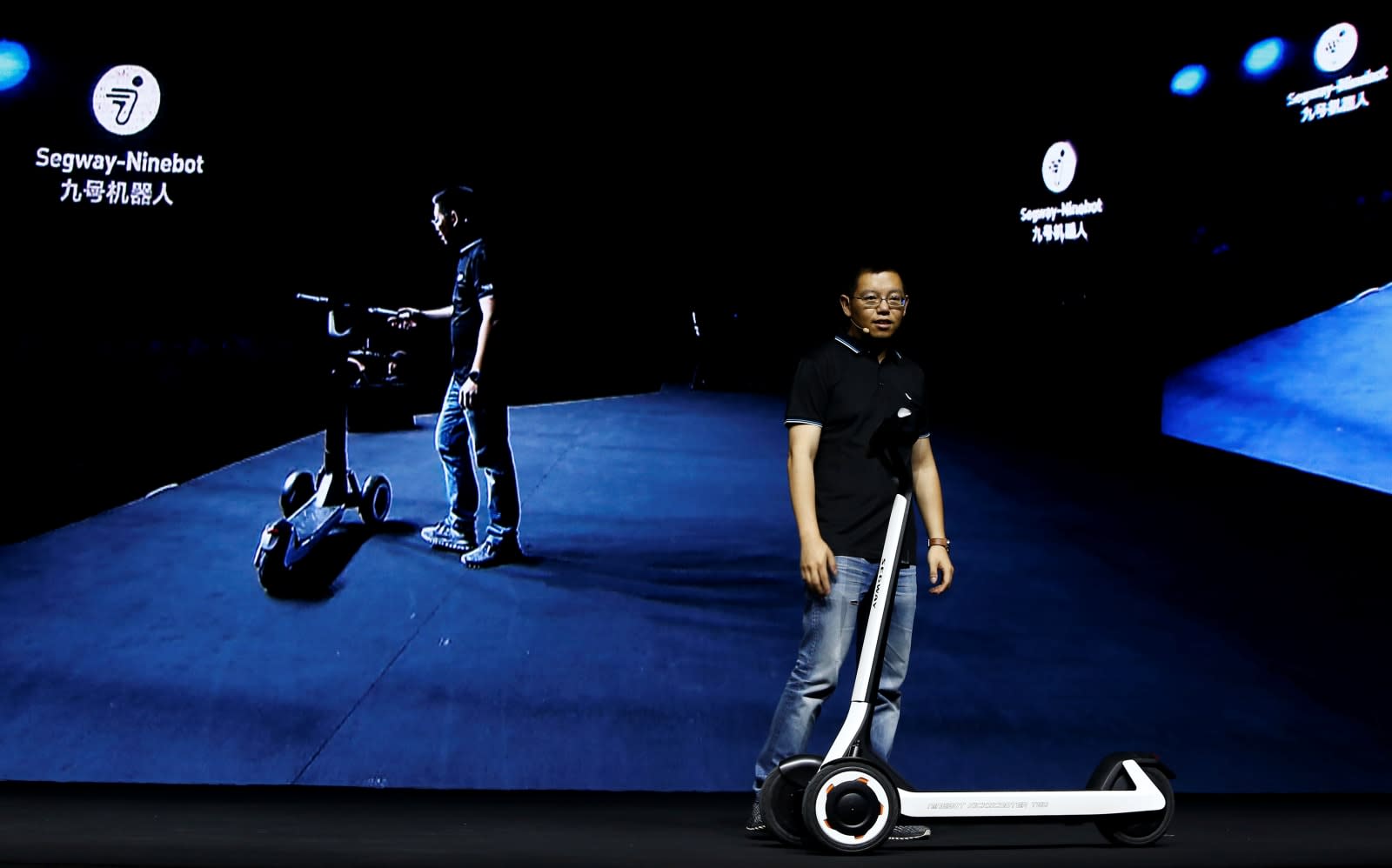 Beijing-based e-scooter manufacturer Segway-Ninebot has launched a semi-autonomous model that can drive itself to charging stations. According to Reuters, the company already has customers lined up for the vehicle, including Uber and Lyft. Ninebot chief Gao Lufeng explained that the model, called KickScooter T60, will be controlled remotely from the cloud. He told the publication that it could lower operators' costs of maintenance and improve the economics of scooter sharing.

Scooter-sharing services have been paying people to manually gather its electric vehicles at the end of the day so they could be recharged. Customers usually leave dockless scooters at random places near their destination, after all -- sometimes, they're even left lying around on sidewalks, become tripping hazards and obstacles for people with mobility issues. A model that can drive itself to a charging dock can potentially fix that problem.

The capability could also prevent the scooters from being dumped in lakes, rivers and even the ocean. Vandals have been tossing a lot of e-scooters in bodies of water, enough to raise concerns about how dumped vehicles could harm waterways' ecosystems. (Of course, there's no way they can drive themselves to a station if they're already at the bottom of the lake.)

Uber, Lyft and other potential customers might not fully replace their fleets with the model, though, seeing as it's priced at 10,000 yuan ($1,420) each. That's significantly more expensive than Ninebot's other models, which cost between $100 and $300. Reuters says the company will start road testing the model next month, and it expects the vehicle to be "largely commercialized" sometime in the first quarter of 2020.

In this article: gear, segway-ninebot, transportation
All products recommended by Engadget are selected by our editorial team, independent of our parent company. Some of our stories include affiliate links. If you buy something through one of these links, we may earn an affiliate commission.