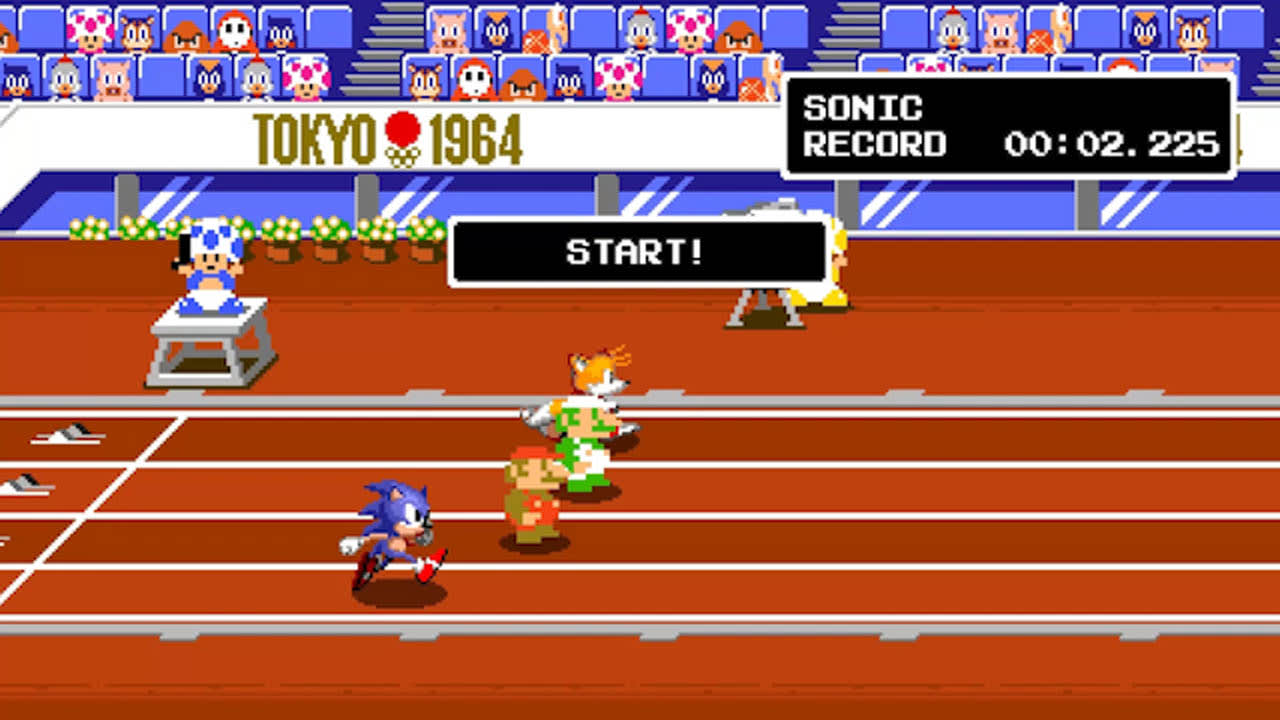 Over the past 12 years, Nintendo and Sega have faithfully published their mashup, Mario & Sonic at the Olympic Games, to correspond with the iconic sporting event. The 2020 Olympics in Tokyo will be a homecoming of sorts for the two mascots, who were both created in Japan. Mario & Sonic at the Olympic Tokyo Games 2020 will also see them returning to their roots in 10 "Classic Events" that use 2D sprites and environments.

Revealed during a Nintendo Presents livestream at Gamescom, the classic mode has the cast of the Mario and Sonic games compete in the 1964 Olympics, which were also held in Tokyo. The characters from Mario's team use sprites from 1985's Super Mario Bros., including Mario, Luigi, Peach and Bowser, while Sonic's team features sprites from 1992's Sonic the Hedgehog 2, such as Sonic, Tails, Knuckles and Eggman. The visual mismatch between 8- and 16-bit graphics might be jarring to some -- but for '80s babies, it will be a burst of nostalgia.

The 2D minigames actually look fun and challenging. The long jump, for example, pauses as the player reaches the sand pit, with the player having to quickly select the angle of the jump. The 10 meter platform, which is a diving event, provides a variety of jumps the player can perform with increasingly difficult button combinations. Hitting the wrong button will cause the player to flail and belly flop into the pool.

Mario & Sonic at the Olympic Tokyo Games 2020 will bring the Nintendo vs. Sega schoolyard debates of the early '90s to the Nintendo Switch on November 5th, 2019. In the meantime, Nintendo fans can tune into the Nintendo World Championship and Sega fans can look forward to M2's Sega Genesis Mini console.

In this article: av, gamescom, gamescom 2019, gaming, mario, Mario & Sonic at the Olympic Games, nintendo, nintendo switch, olympics, Retro Gaming, Sega, Sonic, Sonic the Hedgehog, Super Mario
All products recommended by Engadget are selected by our editorial team, independent of our parent company. Some of our stories include affiliate links. If you buy something through one of these links, we may earn an affiliate commission.