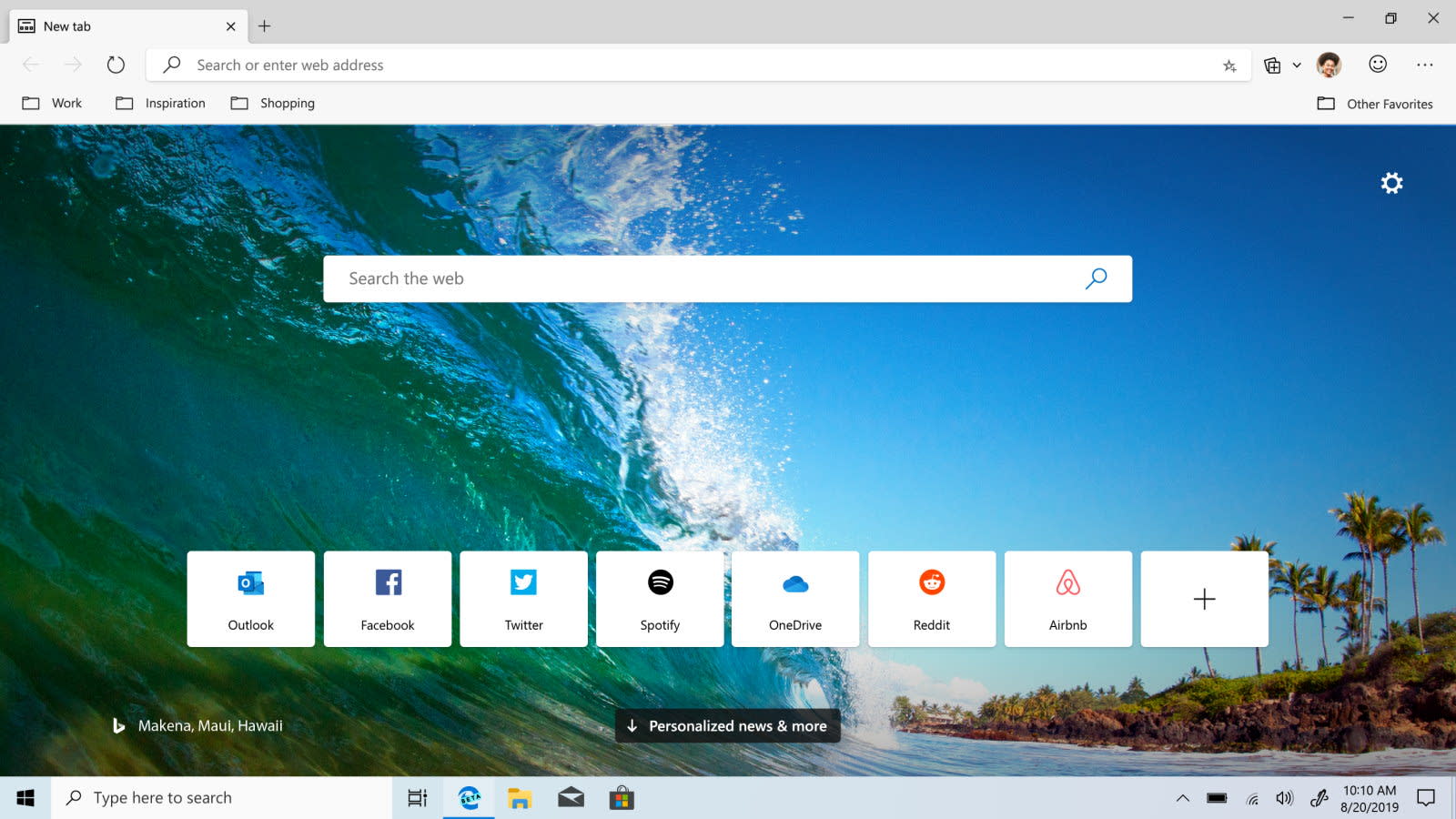 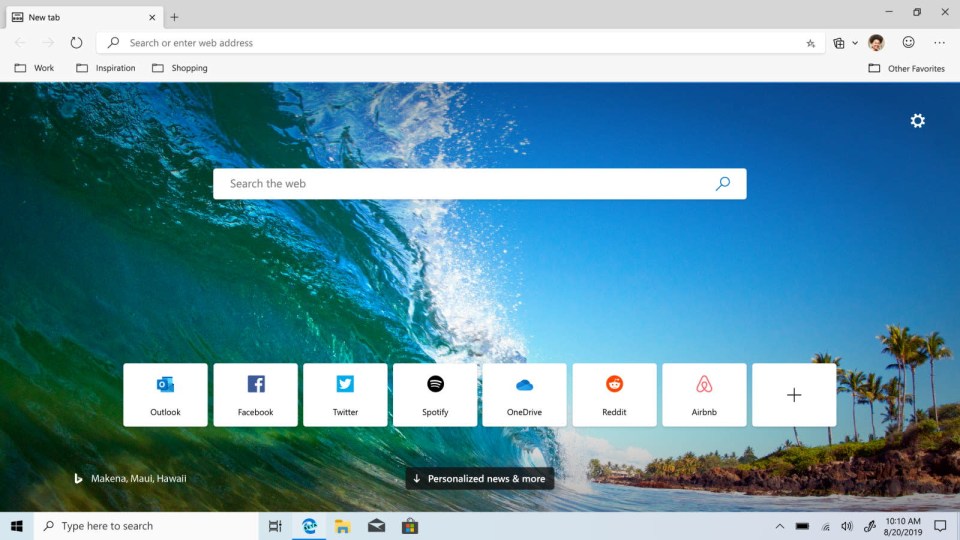 After testing its next-generation Chromium Edge browser for several months, Microsoft announced that it's now ready for a slightly more stable beta release. Windows 10 and MacOS users can now snag the beta, which is more suited to regular users than the experimental Canary and Developer Edge builds. It'll be updated every six weeks, compared to the daily and weekly refreshes for the other releases.

Still, you can expect to see all of the major features we've been expecting in the new Edge, including a dark mode, online tracking prevention, and of course, the speed boost from Chromium. The company says this will be the last test version of the browser before its official release -- unfortunately, we still don't know when that will be.

"We're going to beta today since our browser bits are now hitting the criteria we're expecting: our data says the browse is reliable, compatible, has good battery life ... and is fast," said Joe Belfiore, CVP of Microsoft Windows Experiences, in an interview with Engadget. "It's ready for people to install and use as an 'everyday browser.' Beyond the data we also hear a bunch of people saying directly, 'this is so good, you guys should take it to beta... it's more stable than we would have expected from a dev or Canary.'"

I've been testing the Canary Edge build since April, and I've found it to be a huge upgrade over the last version of Edge. It feels as zippy as Chrome, except with the addition of Microsoft's features. I haven't encountered many stability issues either, so I'm not too surprised why Microsoft is rolling out a beta release now. As for other features, you can also expect to see the Internet Explorer compatibility mode, which lets you view sites with the IE 11 engine within tabs, and you can also install plugins from the Edge Insider Add-Ons store and Google's Chrome Web Store.

Collections, a feature I've been particularly looking forward to, is also heading to the new Edge Canary channel today. It'll let you save a window full of tabs and export them into a Word document with proper reference formatting, or as a list of links in a spreadsheet. If you often end up doing lots of research for school, or just need to compare a bunch of products, Collections could be a huge help.

As I wrote during this year's Build conference, the new Chromium Edge is a clear sign that Microsoft is actually focusing more on what people want, instead of building products that only serve its purposes. The Edge browser was a noble attempt at moving away from Internet Explorer's legacy, but now that most of the web is built for Chrome, it simply makes sense for Microsoft to adopt Chromium. The real goal is obvious: Microsoft is hoping users will actually stick with the revamped Edge, instead of rushing to install Chrome whenever they get a new PC.

In this article: browsers, Chromium, Edge, Edge Chromium, gadgetry, gadgets, gear, Joe Belfiore, microsoft, personal computing, personalcomputing
All products recommended by Engadget are selected by our editorial team, independent of our parent company. Some of our stories include affiliate links. If you buy something through one of these links, we may earn an affiliate commission.