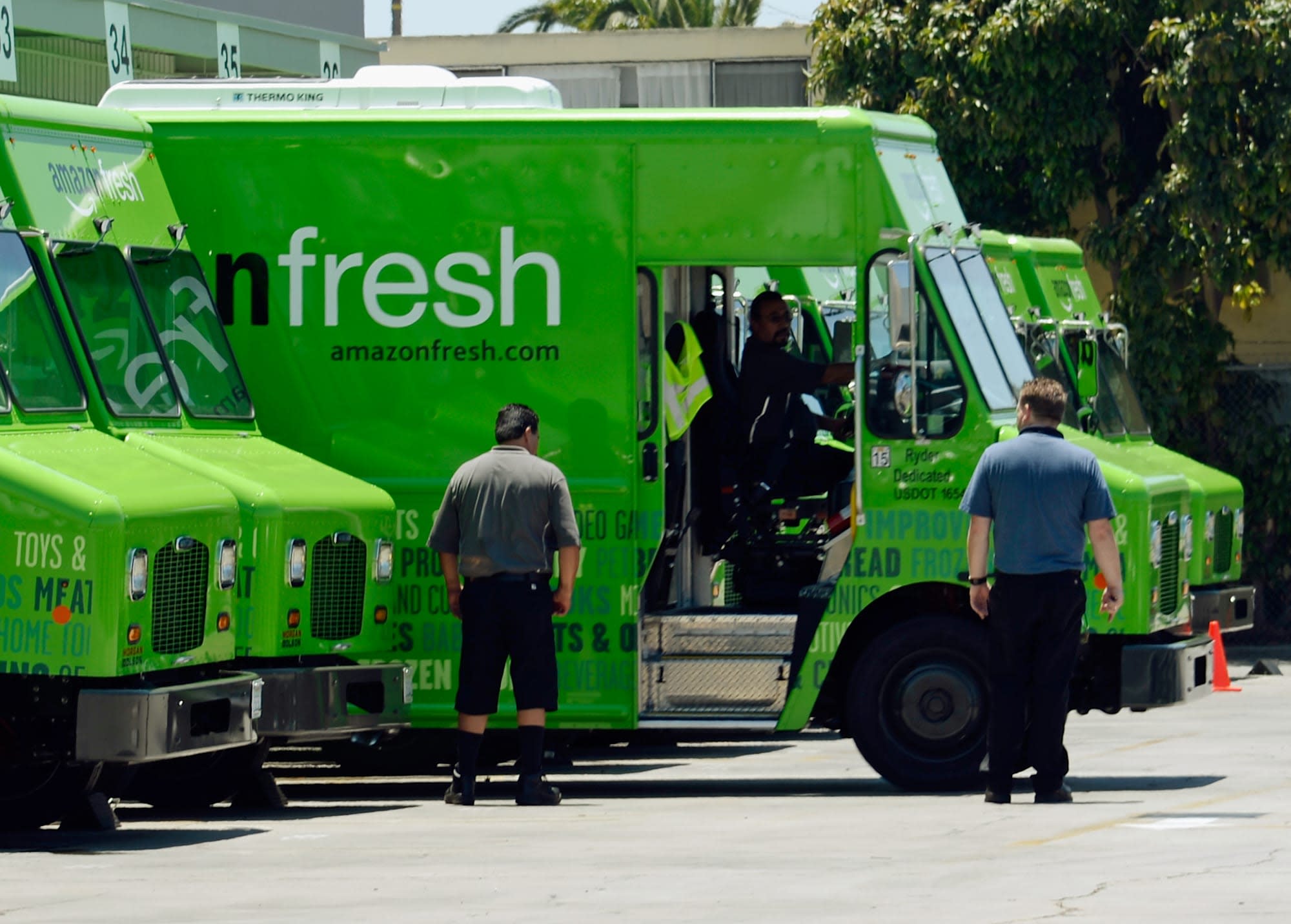 AmazonFresh, one of two grocery delivery services Amazon offers in the US, is expanding to three new cities. Starting today, residents in Houston, Minneapolis and Phoenix can get groceries delivered to their homes from Amazon in two hours or less. To access AmazonFresh, you'll need to pay $14.99 per month on top of your Prime subscription. The minimum for free delivery is $35, otherwise, it's $9.99 per order. Customers can pay an additional $7.99 for faster, one-hour delivery.

Besides produce, meat and other groceries, Prime subscribers can use AmazonFresh to order electronics, health and beauty products in addition to home and kitchen items. In Houston, Amazon will also deliver beer and wine to select customers. If you have an Alexa-enabled smart speaker in your home, you can use the digital assistant to order products through AmazonFresh as well. For instance, if you say, "Alexa, order milk from Fresh," Alexa will know to order the same brand of milk you bought in the past. Handy.

Since it acquired Whole Foods in 2017, Amazon has put more and more emphasis on grocery shopping as a way to grow its business. Today's AmazonFresh expansion is likely just a small glimpse of what the company has planned within the space before the end of the year. In March, a report from the Wall Street Journal said Amazon has been thinking about opening a dozen new grocery stores across the US. The WSJ added that the stores wouldn't fall under the Whole Foods umbrella, and they're expected to offer a greater variety of products. Unfortunately, it looks like people in Houston, Minneapolis and Phoenix will have to wait before they're able to shop at Amazon's new grocery stores. The first cities the company is rumored to open its new stores are in Los Angeles, San Francisco, Seattle, Chicago, Philadelphia and Washington, D.C.

In this article: amazon, amazonfresh, business, food and drink, food-and-drink, foodanddrink, gear, primenow, services
All products recommended by Engadget are selected by our editorial team, independent of our parent company. Some of our stories include affiliate links. If you buy something through one of these links, we may earn an affiliate commission.