How Bugatti built the Centodieci hypercar in six months

During Monterey Car Week there's no shortage of nostalgia. Both the Pebble Beach and Quail gatherings are magnets for almost any vintage car you can imagine. So it made sense for Bugatti to unveil its new Centodieci hypercar, a nod to the iconic EB110, there.

At the very exclusive Quail event, the French automaker took the wraps off the limited-run Centodieci. While there won't be many made, those that make it onto the asphalt will be powerful beasts. The vehicle has an 8.0 liter w16 (16 cylinders!) engine that produces a jaw-dropping 1,600 horsepower and 1,180 pounds-feet of torque. It'll do zero to 62 in 2.6 seconds.

Only 10 will be produced and they'll cost $8,877,000 each. Unfortunately, for those of you that have been saving up your cash for just this occasion, all of them have been spoken for.

It's the latest in a string of limited-run vehicles from Bugatti. The automaker's last unveil was for the La Voiture Noire. At $19 million it's the most expensive car in the world and the company is only building one. It's also spoken for. 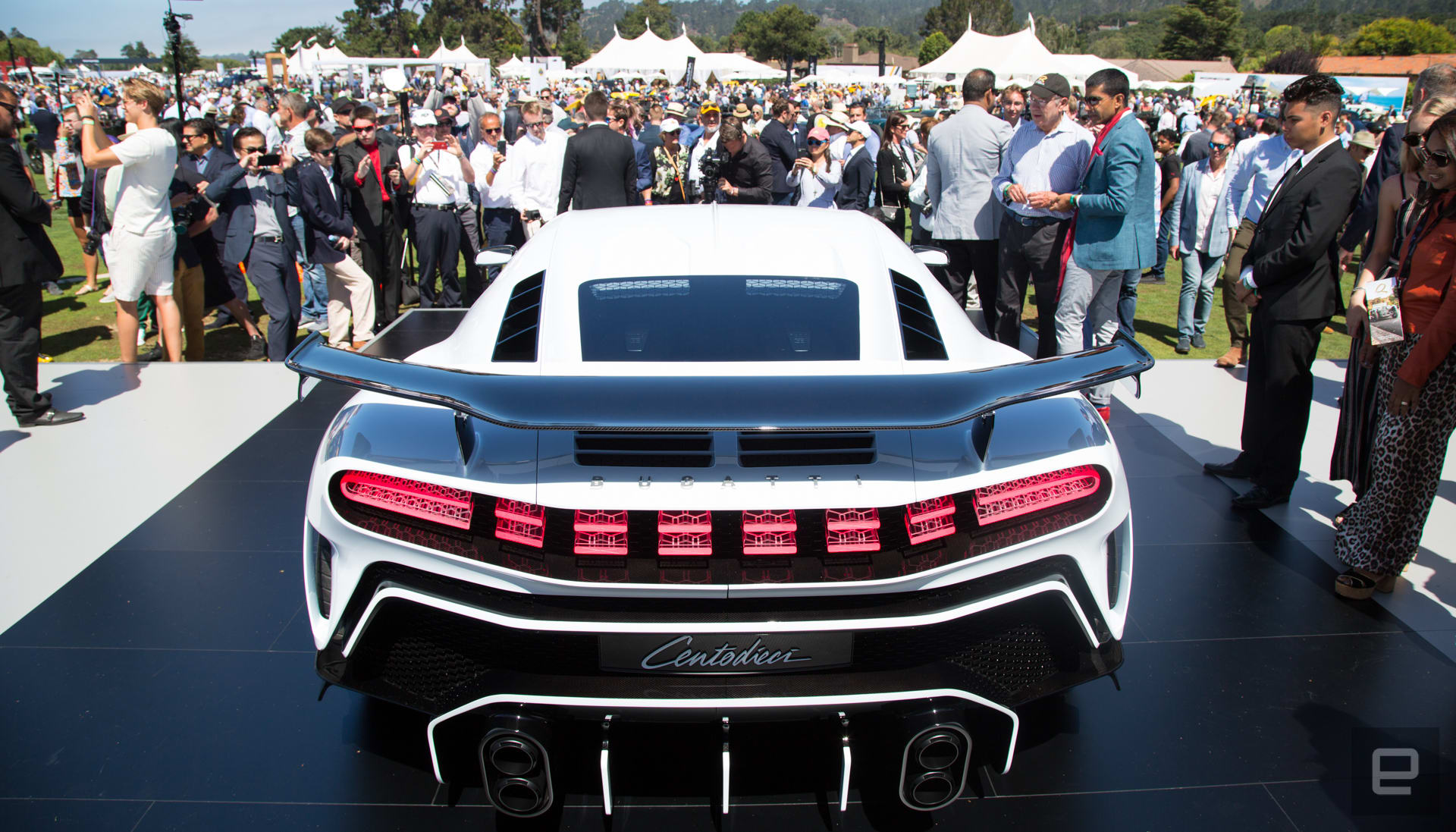 Bugatti is a small automaker, but it's precisely its size that allows it to build very limited runs of a vehicle, according to the director of design, Achim Anscheidt. To help create these cars, the automaker has gone digital-only with its design process. Typically, in addition to computer-generated 3D models, a company will build clay models of a vehicle. It allows the team to see and feel their creation in real life.

"We've come a long way from a couple of years ago to modeling digital-only," Anscheidt said. "The subject has been floating around for 15 years and I know there are a lot of specialty top designers that say 'well I still need to feel the clay.' this is because our surrounding tools were not as good."

The design of the Centodieci started only six months ago. So yeah, the process is quicker thanks to those digital tools.

Anscheidt says that, now, he can put VR glasses on and see the vehicle in a way that he couldn't with clay. He can turn it slowly, swap out lenses for different views, and essentially get 80 percent of the design work done there.

While most automakers have embraced digital 3D design, they are slow to remove the clay model step. Clay modeling allows engineers to fine-tune a design with their hands. They can add and remove from the vehicle as they please until it looks the way they like. This process can take weeks. By removing it from the design process not only does Bugatti save time, but also the money needed for the materials and manpower. By completing a majority of the design on the computer, they can move to production more quickly than larger automakers.

"This is by far faster, more effective, more realistic, and much more economic than older times," said Anscheidt.

But Bugatti still builds a physical model via milling after the digital 3D design has been mostly finalized. So there's still a tangible item to touch at the end. Still, the removal of the clay process saves the company time and money, which is critical when you're a design team charged with building limited-run multi-million dollar cars. 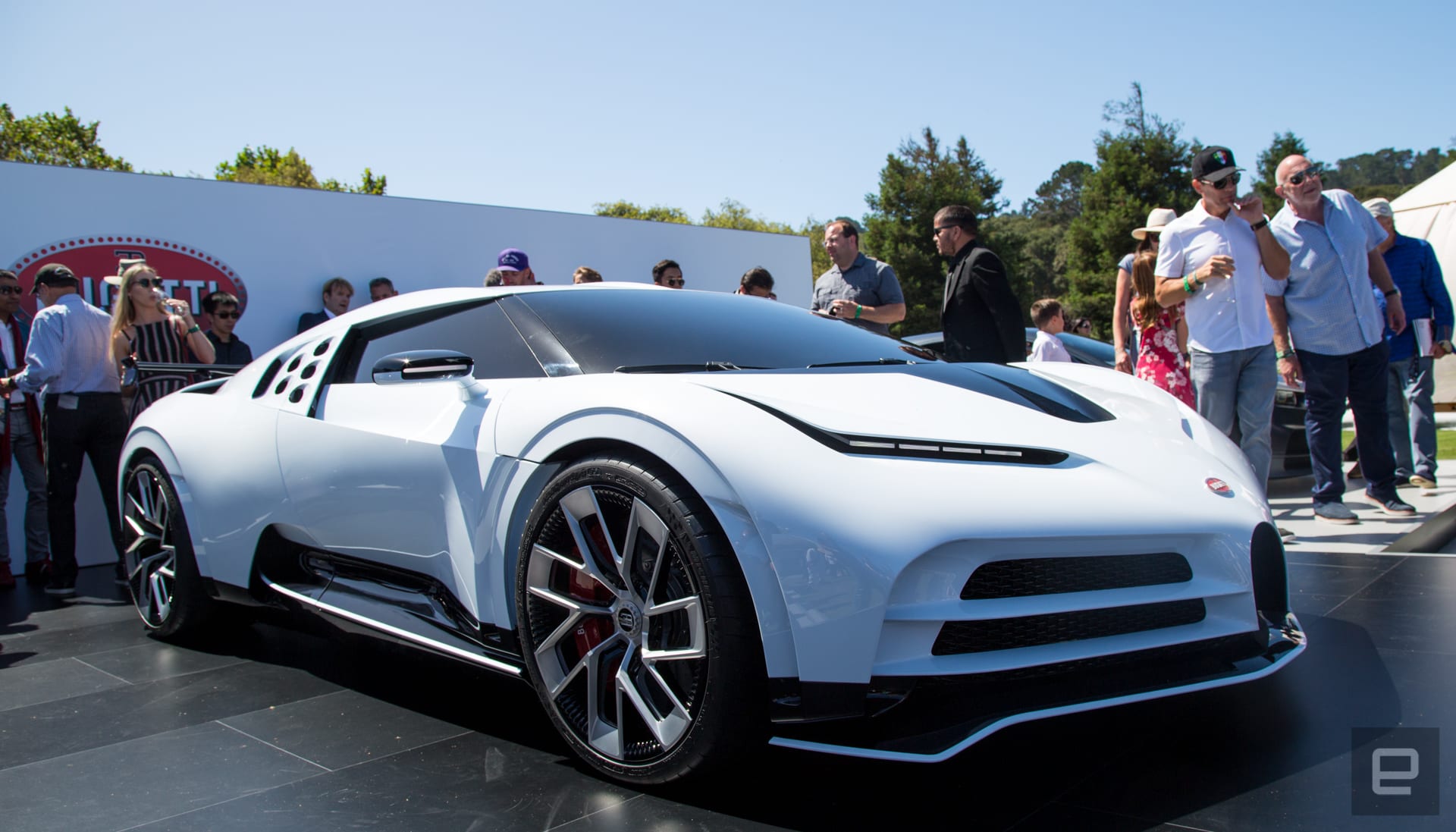 Yet, Anscheidt can't quit clay altogether. He said it was difficult to give it up and that designers like the romance of the medium. To that end, he misses the smell of the clay, but moving quickly is more important than holding on to old technology.