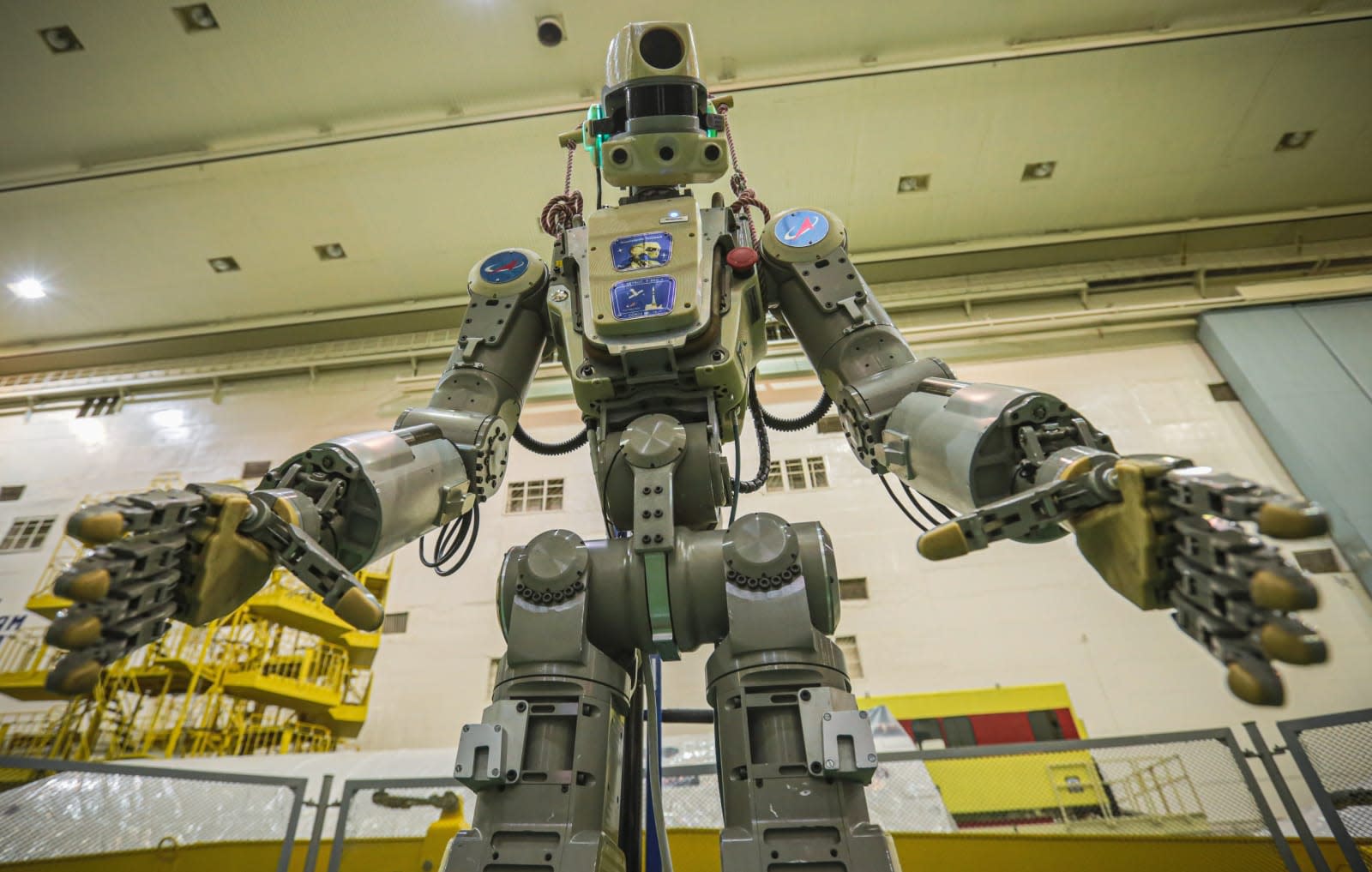 Russia's space agency, Roscosmos, has just launched a new Soyuz booster on a trip to the ISS. Unlike other Soyuz flights that blast off to bring astronauts to the space station, this trip has no humans on board. It does, however, have a passenger: a humanoid robot nicknamed Fyodor. The machine's real model name is Skybot F-850, and it's one of the latest versions of the FEDOR robot Russia has been working on for years.

Fyodor blasted off with 1,450 pounds of supplies on top of a Soyuz 2.1a rocket, which is equipped with a new digital flight control system and upgraded engines, according to Space. This test flight will help Roscosmos determine whether it's safe enough to ferry humans, including NASA astronauts, in the future. If all goes well, the first crewed mission to fly atop the new rocket will happen sometime in March 2020.

Roscosmos monitored Fyodor's condition during the launch, and it will continue keeping an eye on the robot. Unlike Robonaut2, which stayed aboard the ISS for years, Fyodor will only stay there for two weeks to undergo some tests. After that, it will hitch a ride on the same Soyuz vehicle to come back home. The robot is scheduled to arrive at the space station on August 24th and will make its way back to Earth on September 6th.

Here's a photo of Fyodor clutching a Russian flag inside the capsule:

In this article: fedor, fyodor, gear, roscosmos, russia, Skybot F-850, space, tomorrow
All products recommended by Engadget are selected by our editorial team, independent of our parent company. Some of our stories include affiliate links. If you buy something through one of these links, we may earn an affiliate commission.