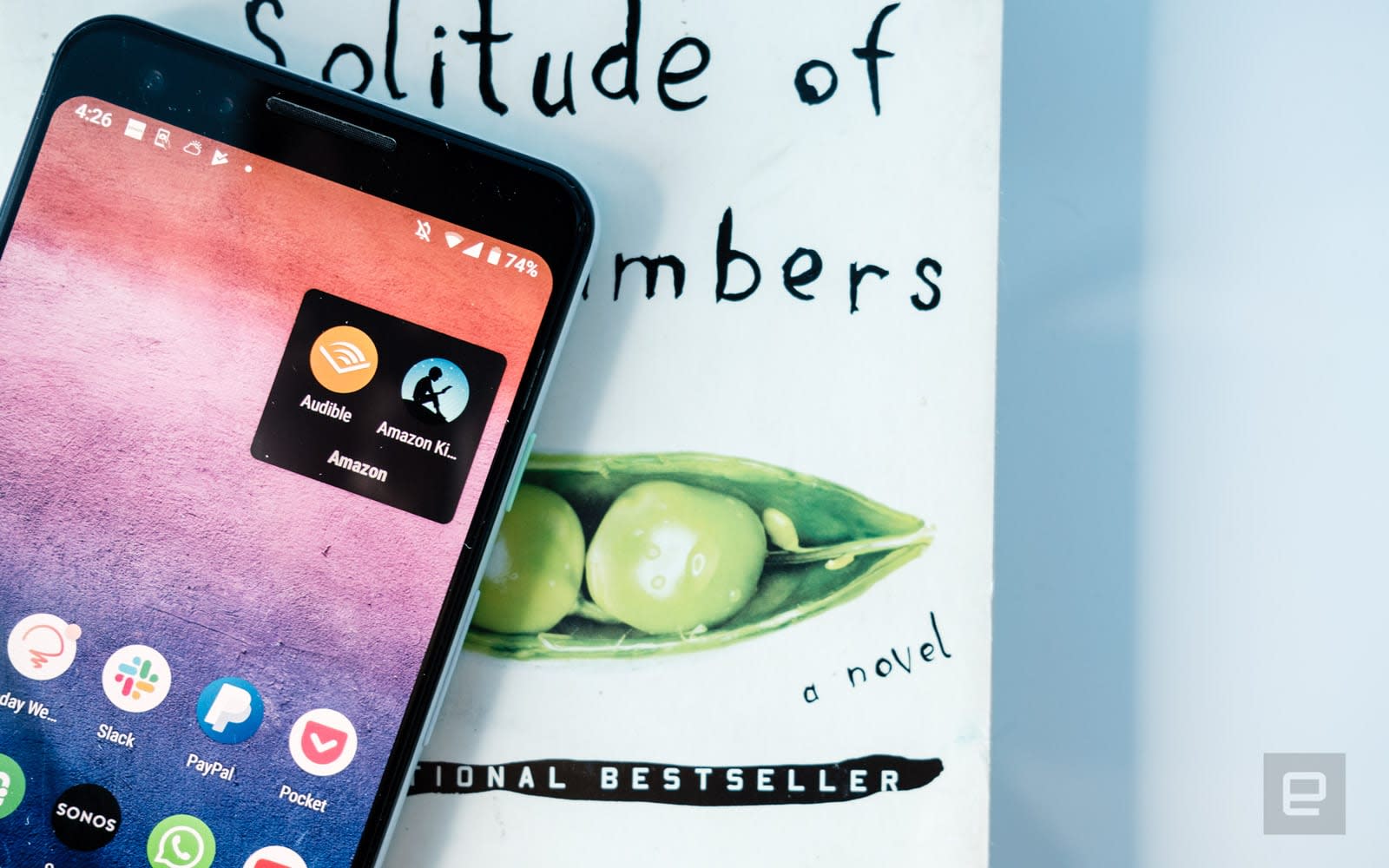 Several of the biggest book publishers in the US have launched a new lawsuit against Audible over a feature they say infringes on their copyright. Leading the suit are the so-called "Big Five" of US publishing: Hachette, HarperCollins, Macmillan, Penguin Random House and Simon & Schuster.

At the center of the case is the Captions feature the Amazon-owned company announced last month. The feature uses machine learning to allow Audible users to transcribe an audiobook into text. Since it announced Captions, Audible has positioned the feature as a student aid. However, the company also plans to make it available to subscribers. From the perspective of publishers, audiobooks have separate licenses from ebooks, which they claim Audible has not secured.

"Audible Captions takes publishers' proprietary audiobooks, converts the narration into unauthorized text, and distributes the entire text of these 'new' digital books to Audible's customers," the lawsuit reads. "Audible's actions — taking copyrighted works and repurposing them for its own benefit without permission — are the kind of quintessential infringement that the Copyright Act directly forbids."

In response, Audible is likely to argue that an AI-generated transcription constitutes an original work, even if what it creates is nearly identical to the original text. If the lawsuit escalates to the point where a judge must rule on it, it could become a precedent-setting decision on AI-created works.

As The Verge notes, this isn't the first time Amazon has incited the ire of publishers over a planned transcription feature. A decade ago, alongside the Kindle 2 the company introduced a text-to-speech feature that allowed the e-reader to transcribe an ebook into audio. The issue then, as it is now, was that Amazon didn't agree to pay for both ebook and audiobook rights. The company eventually relented and allowed major publishers like Random House to disable the feature. This time around, the stakes appear much higher, and Amazon has more clout than it has had at any point in the past.

Update: 8/24 3:07PM ET: Audible has issued a statement in response to the lawsuit, saying it never intended for Captions to replace the written text of a book. The company also reiterated the educational value of the feature. You can read the full text below.

"We are surprised and disappointed by this action and any implication that we have not been speaking and working with publishers about this feature, which has not yet launched. Captions was developed because we, like so many leading educators and parents, want to help kids who are not reading engage more through listening. This feature would allow such listeners to follow along with a few lines of machine-generated text as they listen to the audio performance. It is not and was never intended to be a book. We disagree with the claims that this violates any rights and look forward to working with publishers and members of the professional creative community to help them better understand the educational and accessibility benefits of this innovation."

In this article: ai, amazon, artificial intelligence, audible, business, gear, machine learning, services
All products recommended by Engadget are selected by our editorial team, independent of our parent company. Some of our stories include affiliate links. If you buy something through one of these links, we may earn an affiliate commission.